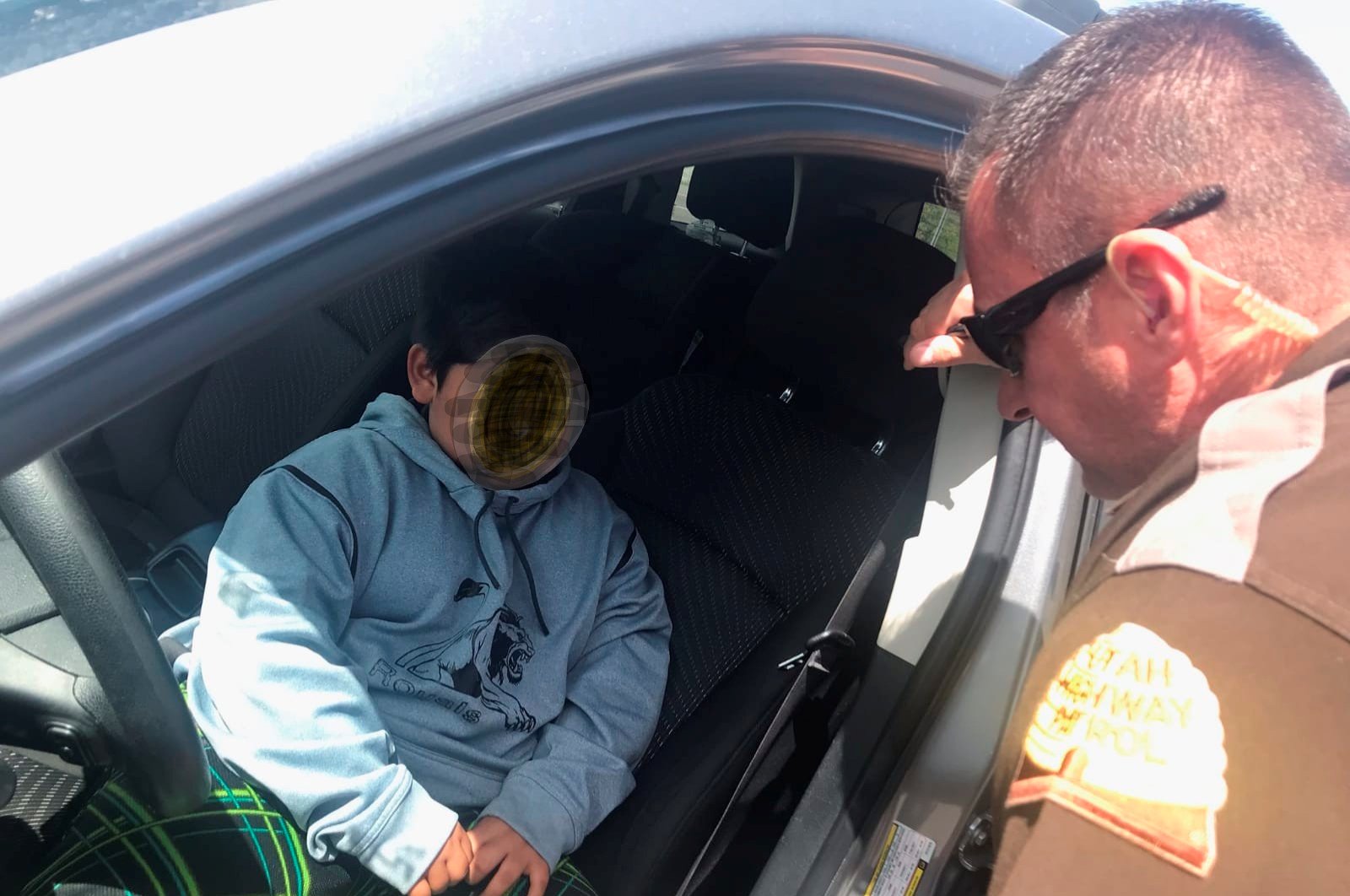 A Utah Highway Patrol Trooper speaks to a five-year-old boy, who was stopped as he attempted to drive to California in his parents' vehicle after getting into an argument with his mother about purchasing a Lamborghini, according to authorities, in Ogden, Utah, May 4, 2020. (Reuters Photo)
by REUTERS May 06, 2020 11:20 am

A trooper stopping a car with a suspected "impaired driver" on a United States highway Monday was bemused to find a 5-year-old in the driver's seat, the Utah Highway Patrol tweeted.

After seeing a vehicle driving slowly and weaving in the left lane of the Interstate 15 freeway, the trooper turned on his siren, and the driver neatly pulled over to the side of the road.

The dashboard camera video posted by the police captures the conversation between the trooper and the driver, which has since gone viral on YouTube.

He then asks the child where he learned how to drive and takes down other details.

The boy, who was not identified as he is a minor, said he had left home in his parents' vehicle after arguing with his mother, who had told him she would not buy him a Lamborghini.

"He decided to take the car and go to California to buy one himself," the police said in a tweet, adding: "He might have been short on the purchase amount as he only had $3 in his wallet."

The Utah police did not respond to requests for more information about the boy.