54 die in truck crash that was smuggling migrants in Mexico 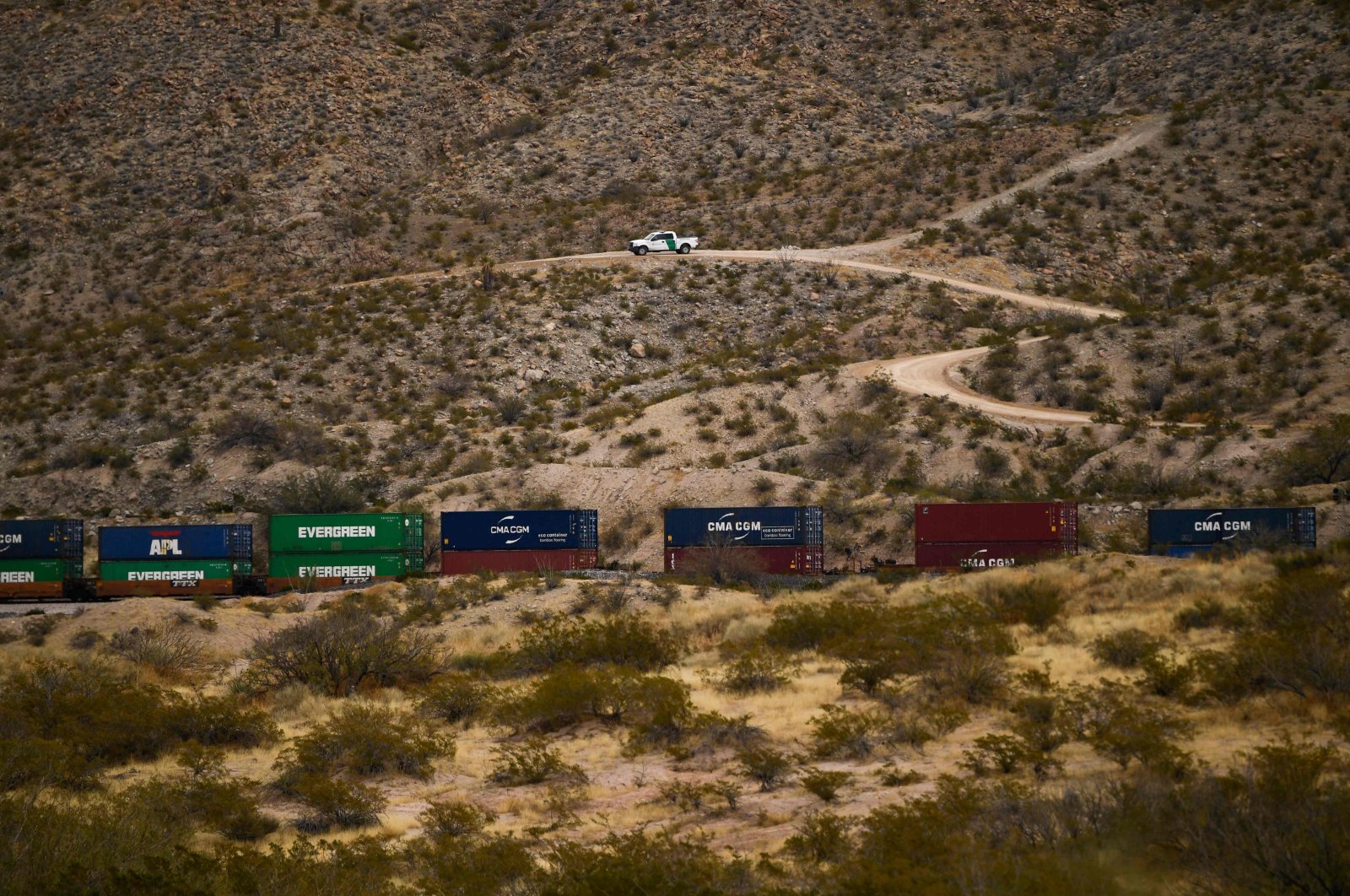 A U.S. Border Patrol vehicle sits on a hillside as a freight train carries cargo containers in the El Paso Sector along the US-Mexico border between New Mexico and Chihuahua state in Sunland Park, New Mexico, on Dec. 9, 2021 (AFP Photo)
by REUTERS Dec 10, 2021 8:56 am
RECOMMENDED

Fifty-four mostly Central Americans were killed on Thursday when their truck flipped in southern Mexico, in one of the worst accidents involving migrants who risk their lives to reach the United States.

The trailer broke open, spilling out people when the truck crashed on a sharp curve outside the city of Tuxtla Gutierrez in the state of Chiapas, according to video footage of the aftermath from civil protection authorities.

"It took a bend, and because of the weight of us people inside, we all went with it," said a shocked Guatemalan man sitting at the scene in footage broadcast on social media.

"The trailer couldn't handle the weight of people."

More than 100 people were inside the trailer, authorities said. Several dozen were injured and taken to hospitals in Chiapas, which borders Guatemala. Dozens of Guatemalan migrants were named in lists of the injured published on social media.

A Reuters witness heard cries and sobs among survivors as emergency personnel rushed to the site of where the overturned truck shuddered to a halt by a highway footbridge.

Reuters images showed a white trailer on its side, with injured people splayed out on tarps on the ground. There were also rows of what appeared to be bodies wrapped in white cloth.

A video of the scene streamed on social media showed a woman holding a child wailing in her lap, both covered in blood. Another video showed a man curled up in pain inside the destroyed trailer, hardly moving as helpers pulled out bodies.

Men, women and children were among the dead, the Chiapas state government said, and President Andres Manuel Lopez Obrador on Twitter expressed his sorrow at the "very painful" incident.

'Not the best way'

"This shows us that irregular migration is not the best way," Kevin Lopez, a spokesperson for Guatemala's presidency, told Milenio television after the accident.

He did not know how many Guatemalan victims there were.

Mexico offered lodging and humanitarian visas to the survivors, and Chiapas Governor Escandon said those responsible for the accident would be held to account.

Officials in Mexico routinely come across migrants packed into trailers, including 600 people found hidden in the back of two trucks in eastern Mexico last month.

The journey north from Mexico's border with Guatemala is perilous and expensive, and many migrants fall prey to criminal gangs en route. In January, 19 people, mostly migrants, were massacred with suspected police involvement in northern Mexico.

Record numbers of people have been arrested on the U.S.-Mexico border this year as migrants seek to capitalize on President Joe Biden's pledge to pursue more humane immigration policies than his hardline predecessor, Donald Trump.

Mexican authorities in Chiapas have attempted to persuade migrants to not form caravans to walk thousands of miles to the U.S. border, and have begun transporting people from the southern city of Tapachula to other regions of the country.

The Biden administration has also urged migrants not to leave their homelands for the United States, and this week saw the restart of a policy initiated under Trump to send asylum seekers back to Mexico to await their court hearings.

Some critics argue that tougher policies push migrants into the hands of the human smugglers, putting their lives at risk.