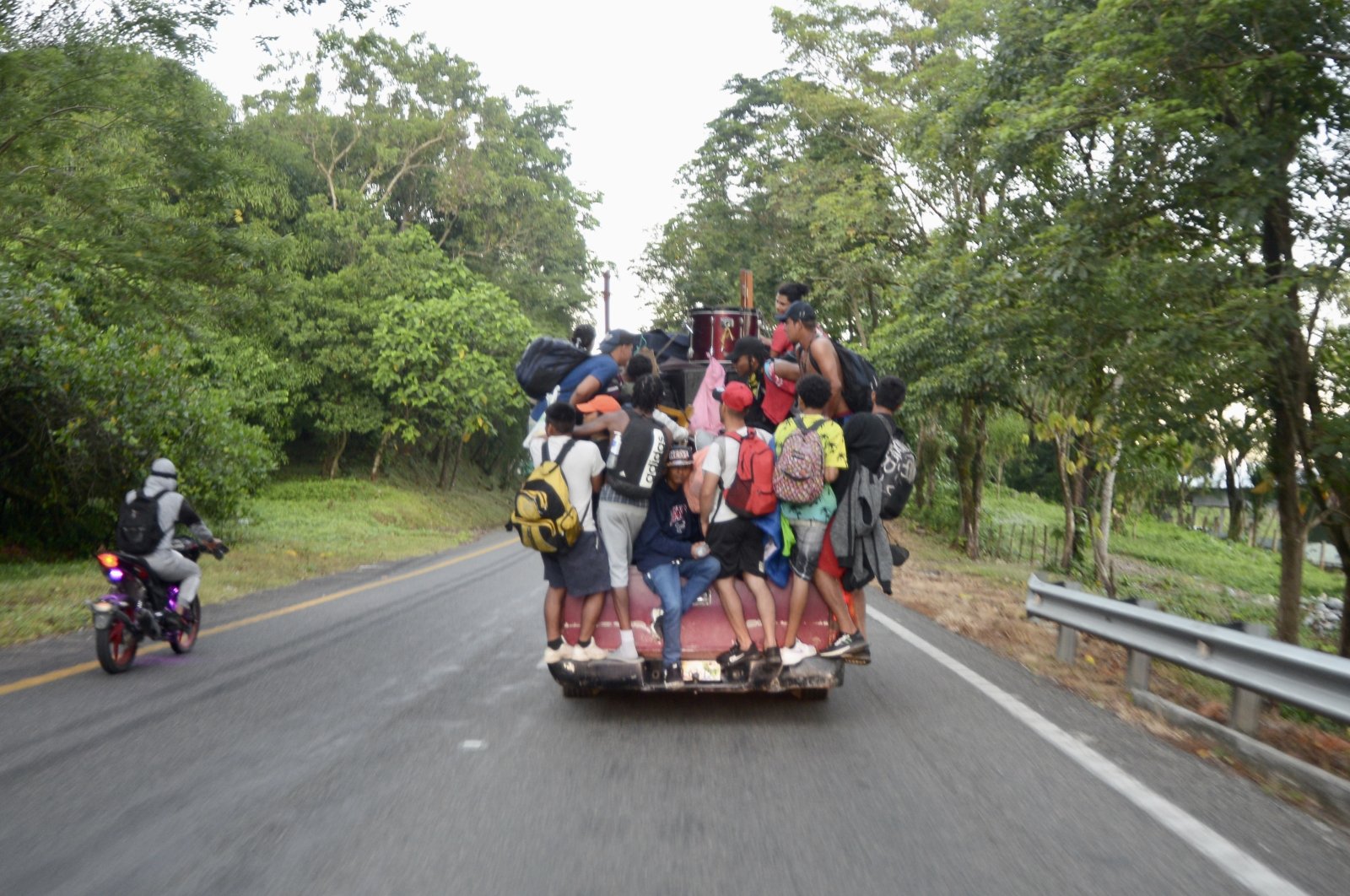 Immigrants crossing into Mexico from Guatemala on the back of a truck, Chiapas, Mexico. (Jacob Garcia/Anadolu Ajansı)
by German Press Agency - DPA Nov 21, 2021 5:49 pm
RECOMMENDED

600 migrants have been rescued from two trucks by Mexican security forces as they attempted to pass from Central America through the south eastern region of Mexico, en route to the United States.

The 455 men and 145 women were discovered in the trailers of two semi-trailer trucks in the state of Veracruz, the Immigration Department (INM) announced on Saturday.

According to the report, the people come from 12 different countries, most of them from neighboring Guatemala. But citizens from Honduras, Nicaragua, Cuba, El Salvador, Venezuela, Ecuador, the Dominican Republic, Bangladesh, India, Ghana and Cameroon were also among them.

The migrants face difficult conditions and bureaucratic obstacles in Mexico, which has led to mounting unease in the country's major cities. Mexican officials have frequently and often unsuccessfully attempted to reach a stable agreement with the U.S. about immigration.

According to media reports, people smugglers had crammed the migrants into the trailers of the trucks on two levels.

Pregnant women, children and sick people were also among them, said a spokesperson for the Veracruz Human Rights Commission. The two drivers were arrested, he said.

Many of the migrants hoped to cross into the prosperous country to the north, the United States, despite warnings from U.S. officials about the perilous journey and the difficulty of successfully reaching the country.

The trucks were stopped on a road near the port city of Coatzacoalcos on Friday, according to reports. The people were initially taken to a reception center.

Only a month ago, 334 migrants were rescued from a single truck in Veracruz.