70 million under lockdown as US battles coronavirus outbreak 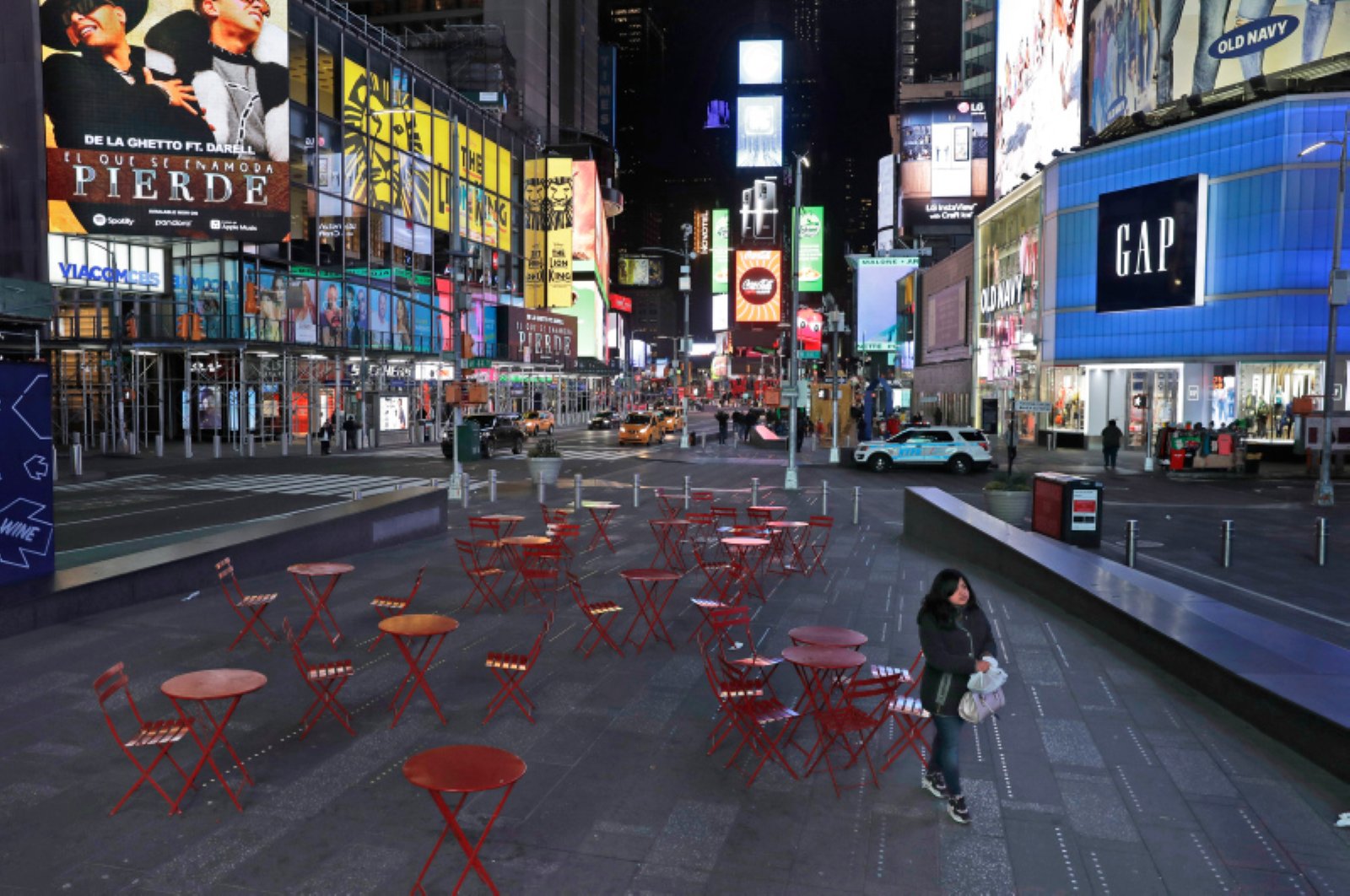 Three major American states are locking down their residents in the face of a rapidly advancing virus storm that is already severely straining health systems in parts of Europe.

New York and Illinois announced that they would largely restrict residents to their homes starting this weekend, after America's largest state, California, did so Friday. The three states have a combined population of more than 70 million people.

With American hospitals already under pressure, officials are desperate to prevent — or at least limit — a repeat of what has happened in China and Europe, where the outbreak overwhelmed medical services in the central Chinese city of Wuhan earlier this year and now is pushing them to the limit in Italy and Spain. Britain has asked 65,000 retired nurses and doctors to return to work.

More than 275,000 cases have been confirmed globally, including more than 11,000 deaths, according to a running tally by Johns Hopkins University. Nearly 90,000 have recovered.

For most people, the new virus causes only mild or moderate symptoms, such as fever and cough. For some, especially older adults and people with existing health problems, it can cause more severe illness, including pneumonia. The vast majority of people recover.

The outbreak has moderated in Asia, with the concern shifting to preventing its return. China and other parts of the region are now importing cases from Europe, the U.S. and elsewhere.

China's National Health Commission reported Saturday that the mainland had no new home-grown cases of the disease for the third straight day, but 41 imported ones in the previous 24 hours. That followed a surge in the cases in the territory of Hong Kong on Friday, including 35 imported ones.

Restrictions on movement are being eased gradually in China, as it tries to restart the economy without bringing back the disease.

Officials in Wuhan are permitting supermarkets, convenience stores and some other retail businesses to reopen from 9 a.m. to 6 p.m. if they are in areas with no confirmed or suspected cases. One person from each household is allowed to go out daily for a shopping trip of up to two hours.

The Beijing Zoo said its outdoor areas would reopen Monday, but visitors have to wear masks and make reservations at least one day in advance. Most major museums and attractions in China have been closed for nearly two months to stop the spread of the virus.

In the U.S., the restrictions on movement take effect Saturday in Illinois and Sunday in New York. Connecticut and Oregon were preparing similar moves.

New York said all workers in nonessential businesses will be required to stay home as much as possible, and gatherings of any size will be banned. Exceptions would be made for errands, such as buying groceries and medicine, and for exercise.

The lockdowns in California and other states sent stock markets tumbling again. Wall Street had its worst week since the 2008 financial crisis, with the Dow Jones Industrial Average falling more than 900 points and down 17% for the week.

The White House said a member of Vice President Mike Pence’s staff has tested positive for the coronavirus. A spokeswoman said the person did not have close contact with either Pence or President Donald Trump.

President Iván Duque announced Friday night that Colombians will be required to isolate in their homes beginning Tuesday and running through April 13. The capital, Bogota, began its own lockdown Friday, leaving the city’s usually traffic-filled streets largely empty.

The country has 158 confirmed cases, and officials are hoping that drastic measures now will limit the number of new cases in the weeks ahead.