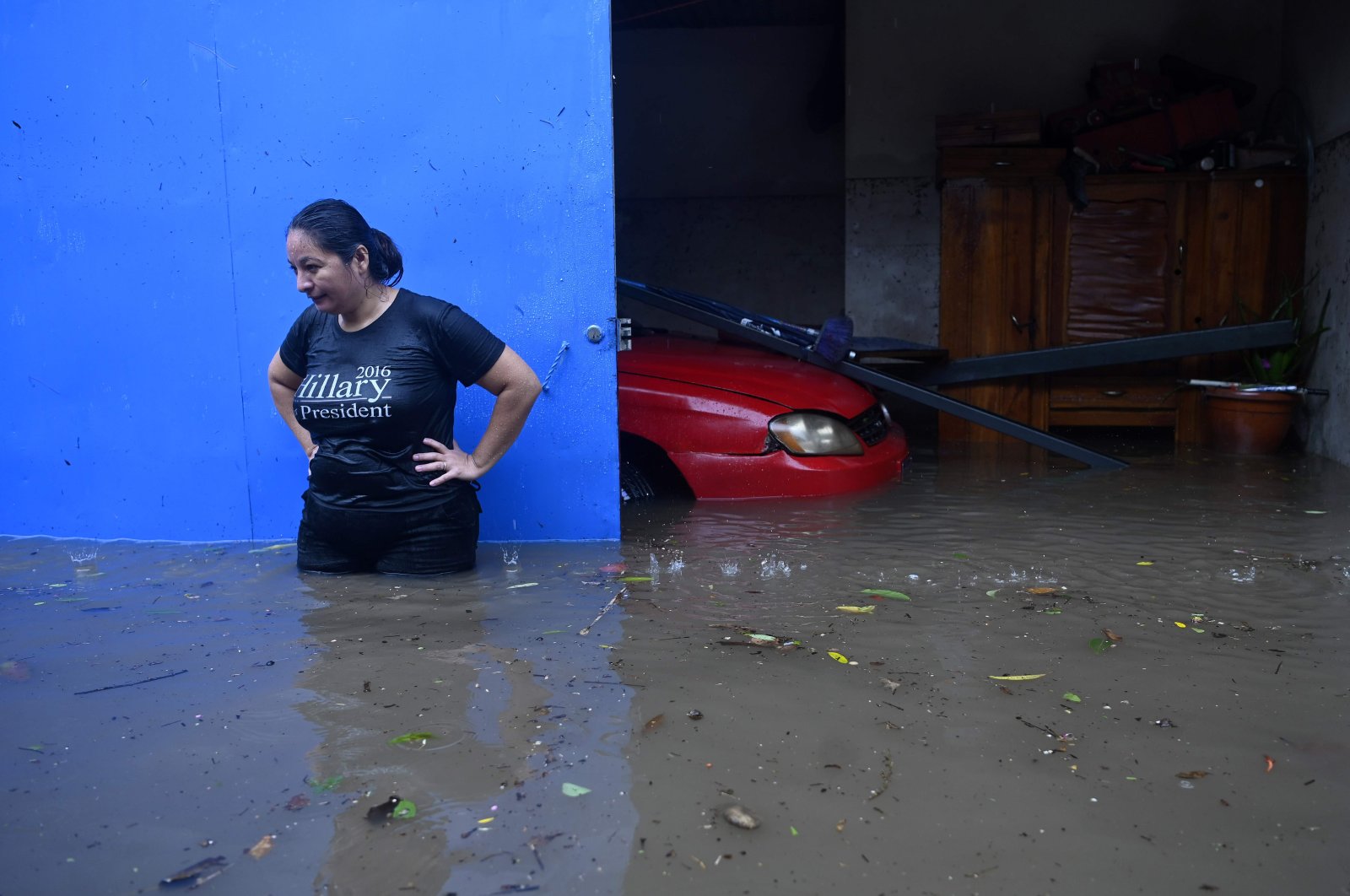 A woman is seen with floodwaters up to her hips as she stands outside her house in the flooded Santa Lucia colony in Ilopango, El Salvador, during Tropical Storm Amanda, May 31, 2020. (AFP Photo)
by French Press Agency - AFP
May 31, 2020 10:43 pm

Tropical Storm Amanda, the first named storm of the season in the Pacific, lashed El Salvador and Guatemala on Sunday, leaving nine people dead amid flooding and power outages.

"We have nine dead," Salvadoran Interior Minister Mario Duran said, adding that the toll could rise.

He said 50 houses in the San Salvador metropolitan area were "lost."

Other officials said 200 houses across the Central American country have been inundated by flooding, and rescue teams were evacuating residents from low-lying areas along swollen rivers and creeks.

One woman was killed in a mudslide and another by the collapse of a wall in her home in San Salvador, the director of police Mauricio Arreaza said.

A 10-year-old boy also was reported killed in the collapse of his home in Ciudad Delgado on the northeastern outskirts of the Salvadoran capital, but officials said that death had not been confirmed yet.

In Guatemala, officials said roads had been blocked by at least five landslides and some flooding had been reported but no evacuations were underway.