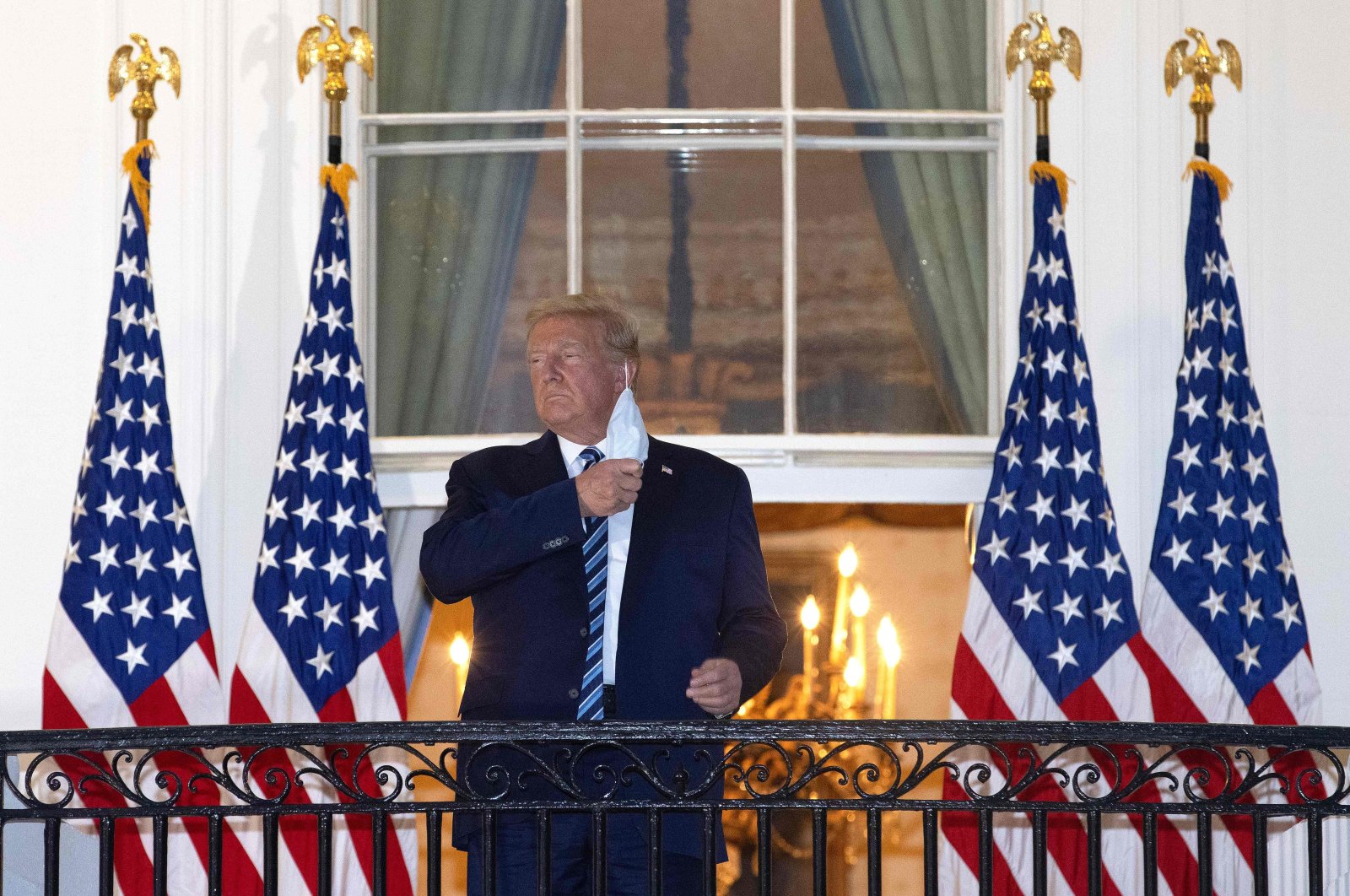 U.S. President Donald Trump, still being treated for COVID-19, on Tuesday called an abrupt end to negotiations with Democrats over additional COVID-19 relief, delaying action until after the election despite ominous warnings from his own Federal Reserve (Fed) chairman about the deteriorating conditions in the economy.

Trump tweeted that House Speaker Nancy Pelosi was “not negotiating in good faith” and said he’s asked Senate Majority Leader Mitch McConnell to direct all his focus before the election into confirming his U.S. Supreme Court nominee, Amy Coney Barrett.

His tweet ending talks for a new round of stimulus spooked Wall Street, sending stocks down as much as 2% from their session highs, a serious hit at one of the metrics that the Republican president has held up as a sign of success.

“I have instructed my representatives to stop negotiating until after the election when, immediately after I win, we will pass a major Stimulus Bill that focuses on hardworking Americans and Small Business,” Trump tweeted.

Hours later, Trump appeared to edge back a bit from his call to end negotiations. He took to Twitter again and called on Congress to send him a “Stand Alone Bill for Stimulus Checks ($1,200)” – a reference to a pre-election batch of direct payments to most Americans that had been a central piece of negotiations between Pelosi and the White House. Pelosi has generally rejected taking a piecemeal approach to COVID relief.

“I am ready to sign right now. Are you listening Nancy?” Trump said in a flurry of tweets Tuesday evening. He also called on Congress to immediately approve $25 billion for airlines and $135 billion the Paycheck Protection Program to help small businesses.

The unexpected turn could be a blow to Trump’s reelection prospects and comes as his administration and campaign are in turmoil. Trump is quarantining in the White House with a case of COVID-19, and the latest batch of opinion polls shows him significantly behind former Vice President Joe Biden with the election four weeks away.

The collapse means that Trump and down-ballot Republicans will face reelection without delivering aid to voters – such as the $1,200 direct payments, or “Trump checks,” to most individuals – even as the national jobless rate is about 8% with millions facing the threat of eviction.

"Today, once again, President Trump showed his true colors: putting himself first at the expense of the country," Democratic Speaker of the House Nancy Pelosi said, adding: "The White House is in complete disarray."

In a call with fellow Democrats, Pelosi suggested Trump's judgment had been affected by one of the drugs he was taking, the steroid dexamethasone, which is normally used in the most severe cases of COVID-19.

"There are people who thought, who think, that steroids have an impact on your thinking," Pelosi said, according to a person who had been on the call.

McConnell, who had been cool to a large new aid package, told reporters he supported Trump’s move. He said he thought the Republican president believed that a deal with Democrats was not in the offing and that “we need to concentrate on the achievable.”

But Republican Rep. John Katko, who is from a New York district that Democrat Hillary Clinton won in the 2016 presidential election, urged Trump to reverse his decision.

“With lives at stake, we cannot afford to stop negotiations on a relief package,” Katko wrote in a tweet.

Another Republican, Sen. Susan Collins, who is in a tough reelection race in Maine, said Trump’s move was a “huge mistake.”

“Make no mistake: if you are out of work, if your business is closed, if your child’s school is shut down, if you are seeing layoffs in your community, Donald Trump decided today that none of that – none of it – matters to him,” Biden said in a statement released by his campaign.

Trump’s move came immediately after he spoke with the top GOP leaders in Congress, who had been warily watching talks between Treasury Secretary Steven Mnuchin and Pelosi. Many Senate Republicans had signaled they would not be willing to go along with any stimulus legislation that topped $1 trillion, and GOP aides had been privately dismissive of the prospects for a deal.

Just on Saturday, tweeting from Walter Reed National Military Medical Center, Trump said, “OUR GREAT USA WANTS & NEEDS STIMULUS. WORK TOGETHER AND GET IT DONE.” But any Pelosi-sponsored agreement of close to $2 trillion raised the potential of a GOP revolt if it came to a vote.

Last week, the White House said it was backing a $400 per week pandemic jobless benefit and dangled the possibility of a COVID-19 relief bill of $1.6 trillion. But that offer was rejected by Pelosi, who continued to take a hard line in the talks, including insisting on the repeal of a $254 billion GOP business tax break passed in the March package as a way to finance additional relief.

Pelosi had spoken with Mnuchin earlier Tuesday. After Trump’s tweets spiking the negotiations, Pelosi said Trump was “unwilling to crush the virus” and “refuses to give real help to poor children, the unemployed and America’s hard-working families.”

Powell, in remarks before the National Association for Business Economics (NABE), made clear that too little support “would lead to a weak recovery, creating unnecessary hardship for households and businesses.”

Cleveland Federal Reserve Bank President Loretta Mester told CNBC that “the recovery will continue without it, I think, but it’s going to be a much slower recovery and it’s disappointing that we didn’t get a package done.”

In recent days, financial markets had been hopeful that progress toward a COVID-19 vaccine and another round of economic stimulus from Congress would boost the U.S. economy, which has been showing signs of renewed weakness.

Trump tested positive for coronavirus last week after months of playing down the deadly infection, and he stood by that message on Tuesday.

"Many people every year, sometimes over 100,000, and despite the Vaccine, die from the Flu. Are we going to close down our Country? No, we have learned to live with it, just like we are learning to live with Covid, in most populations far less lethal!!!" Trump wrote on Twitter and Facebook.

The United States has the world's highest death toll from the pandemic, with more than 210,000 deaths. By comparison, influenza typically kills between some 22,000 and 64,000 people a year in the United States, U.S. government statistics show.

Trump had no public events listed for Tuesday and it was unclear when he would resume a full schedule of presidential duties and campaigning ahead of Election Day, Nov. 3. He has not been seen in public since Monday night but tweeted that he was looking forward to a scheduled second debate with Democratic election opponent Joe Biden on Oct. 15

Many Trump aides and confidants have been diagnosed with the disease since he revealed Friday that he had tested positive, intensifying scrutiny and criticism of the administration's handling of the pandemic.

The top U.S. military leaders are isolating after the Coast Guard's No. 2 tested positive for the coronavirus, Pentagon officials said.