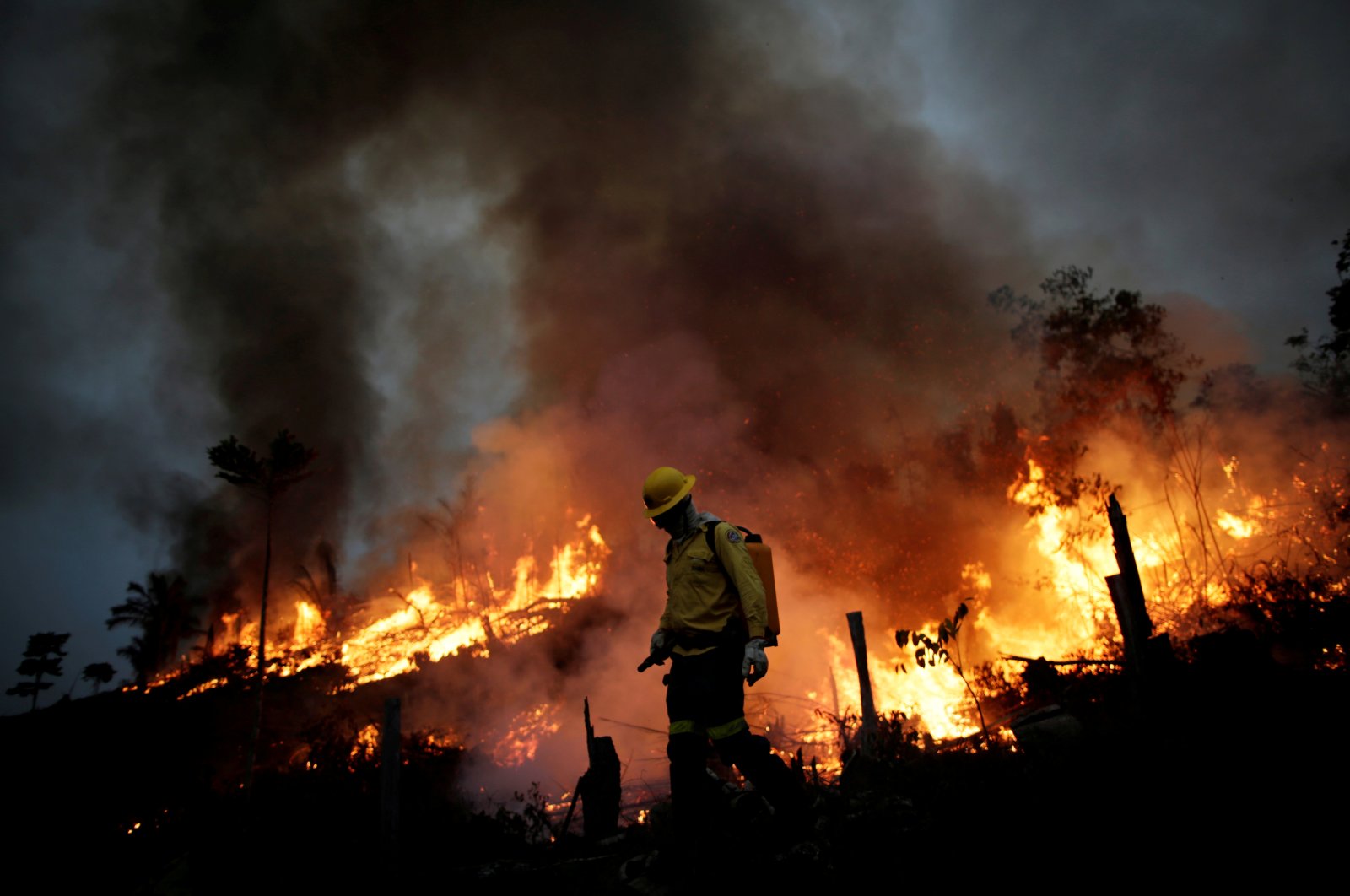 A Brazilian Institute for the Environment and Renewable Natural Resources (IBAMA) fire brigade member attempts to control a fire in a tract of the Amazon jungle in Apui, Amazonas State, Brazil, Aug. 11, 2020. (Reuters Photo)
by French Press Agency - AFP Aug 12, 2020 9:13 am
RECOMMENDED

Brazilian President Jair Bolsonaro has said it is a "lie" that fires are ravaging the Amazon rainforest, despite data from his own government showing the number of blazes is rising.

The far-right leader has faced international condemnation for presiding over huge fires and rising deforestation in the Amazon – criticism he took issue with in a speech to a videoconference of countries that share the world's biggest rainforest.

"Tropical rainforest doesn't catch fire. So this story that the Amazon is burning is a lie, and we have to fight it with real numbers," he said Tuesday.

Yet satellite data from Brazil's national space agency, INPE, show the number of forest fires in the Brazilian Amazon last month rose 28% from July 2019, to 6,803.

Experts say the fires are typically not sparked naturally but set by humans to clear land illegally for farming and ranching.

Last year, huge fires devastated the Amazon from May to October, sending a thick haze of black smoke all the way to Sao Paulo, thousands of kilometers away.

The fires triggered worldwide alarm over a forest seen as vital to curbing climate change.

Experts warn this year's dry season, which is just getting started, could see even more fires.

The scrutiny is pressuring Bolsonaro, who has called for protected Amazon lands to be opened up to mining and agriculture.

He has deployed the army to the Amazon basin, 60% of which is in Brazil, to fight fires and deforestation, declared a ban on agricultural fires and launched a task force to combat the problem.

He said that was producing results, pointing to a more than 25% reduction in deforestation year-on-year last month.

"We are making big, enormous efforts to fight fires and deforestation, but even so, we are criticized," he told the meeting of the Leticia Pact, a group launched last year to protect the Amazon.

His government has been accused of cherry-picking data by trumpeting the July drop in deforestation.

Despite the one-month decline, deforestation in the Brazilian Amazon set a new record high in the first seven months of the year, according to INPE data.