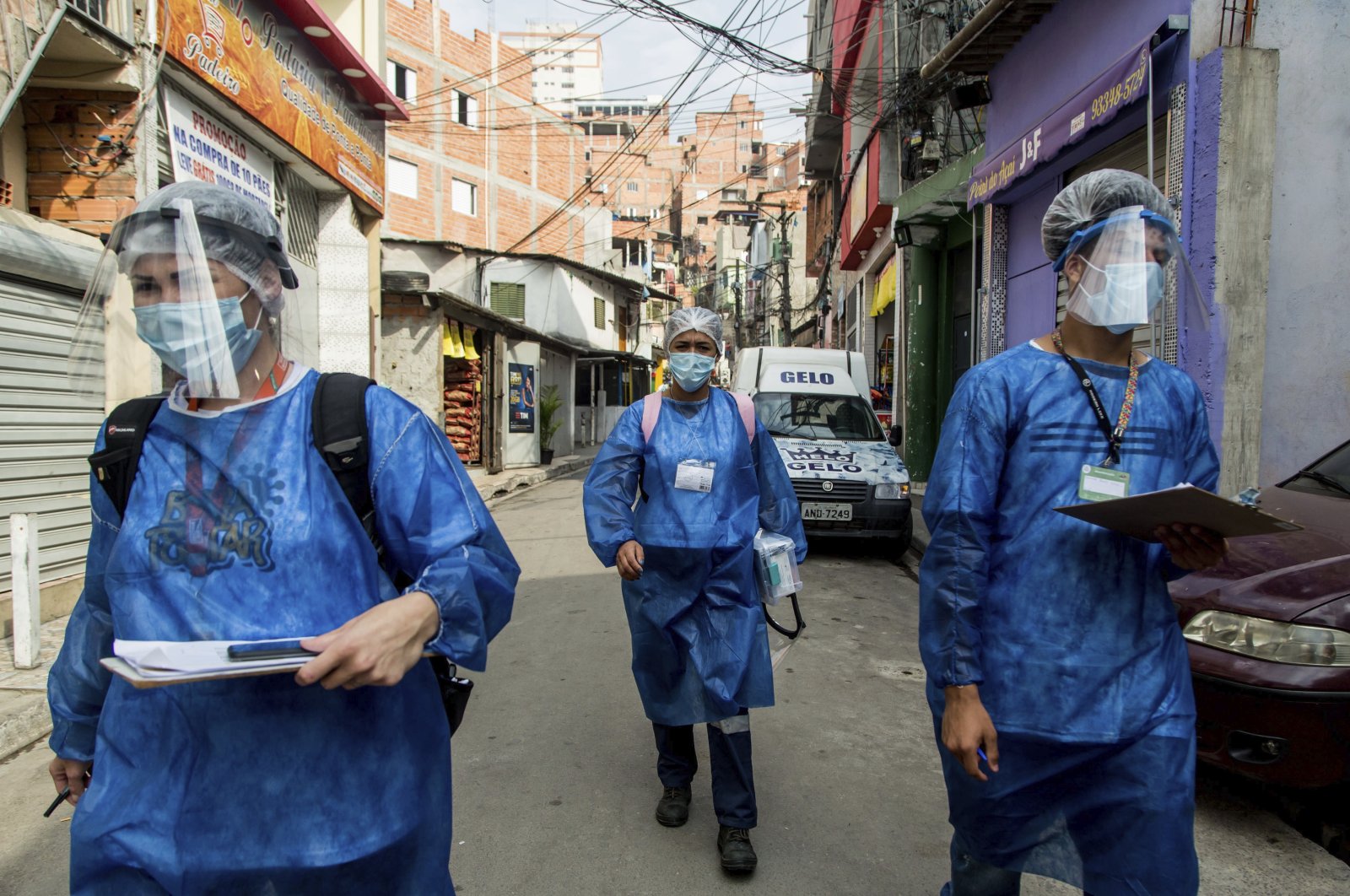 As the number of daily infections around the world hit a record high, the Americas continue to register some of the worst coronavirus numbers in the world, failing to flatten the curve. Worldwide, there are nearly 30 million confirmed cases, half of which have been recorded in the region. The World Health Organization (WHO) reported 307,930 new cases worldwide on Sunday, the highest daily figure since the beginning of the pandemic in China late last year.

Latin America and the Caribbean have surpassed 8 million coronavirus cases. Argentina's cases surpassed the half-million mark, while in Mexico, fatalities climbed beyond 71,000. Brazil, Peru, Mexico, Colombia and Argentina are among the top 10 countries with the most confirmed coronavirus cases.

Elsewhere, at least 17 members of the Indian parliament have tested positive for the coronavirus, government officials said Tuesday, underlining the widening spread of infections set to cross 5 million cases soon. The lawmakers were screened ahead of the reopening of parliament Monday after six months. MPs cleared by the tests wore masks, occupied seats with glass enclosures and worked for truncated hours. Twelve of the 17 infected MPs were from the ruling Bharatiya Janata Party (BJP), according to a government official who had a list of the lawmakers. All 17 were members of the 545-member lower house of parliament.

Cases in India have been surging and the country reported 83,809 new coronavirus infections for its lowest daily jump in a week, the health ministry said Tuesday. The world's second-most populous nation appeared to be on course to cross the milestone of 5 million cases Wednesday, as its tally of 4.93 million is just 70,000 short.

India, where cases have been rising faster than any other nation, lags only the U.S. in terms of its number of total infections. The death toll crossed 80,000 on Tuesday, swelled by 1,054 in the last 24 hours, the ministry added.

In response to the spike in infections, Israel imposed its second coronavirus lockdown starting Friday afternoon, lasting through the entire three-week Jewish High Holiday season. Ministers who voted in favor of the measure feared that the virus would otherwise spread in large family gatherings and mass prayers during the festivities.

During the lockdown, Israelis are required to remain within 500 meters of their homes, while schools and most businesses remain shut. Supermarkets, pharmacies and food delivery services are to continue to operate. Gatherings are to be restricted to a maximum of 10 people indoors and 20 people outdoors.

Israel imposed its first lockdown in mid-March, then eased the measures in May, and has since seen a second wave of coronavirus infections. With an increasing lack of trust in the government among the general public, it appears unlikely that citizens will adhere to the regulations as strictly as during the first lockdown.