Another black man shot dead by US police in Los Angeles 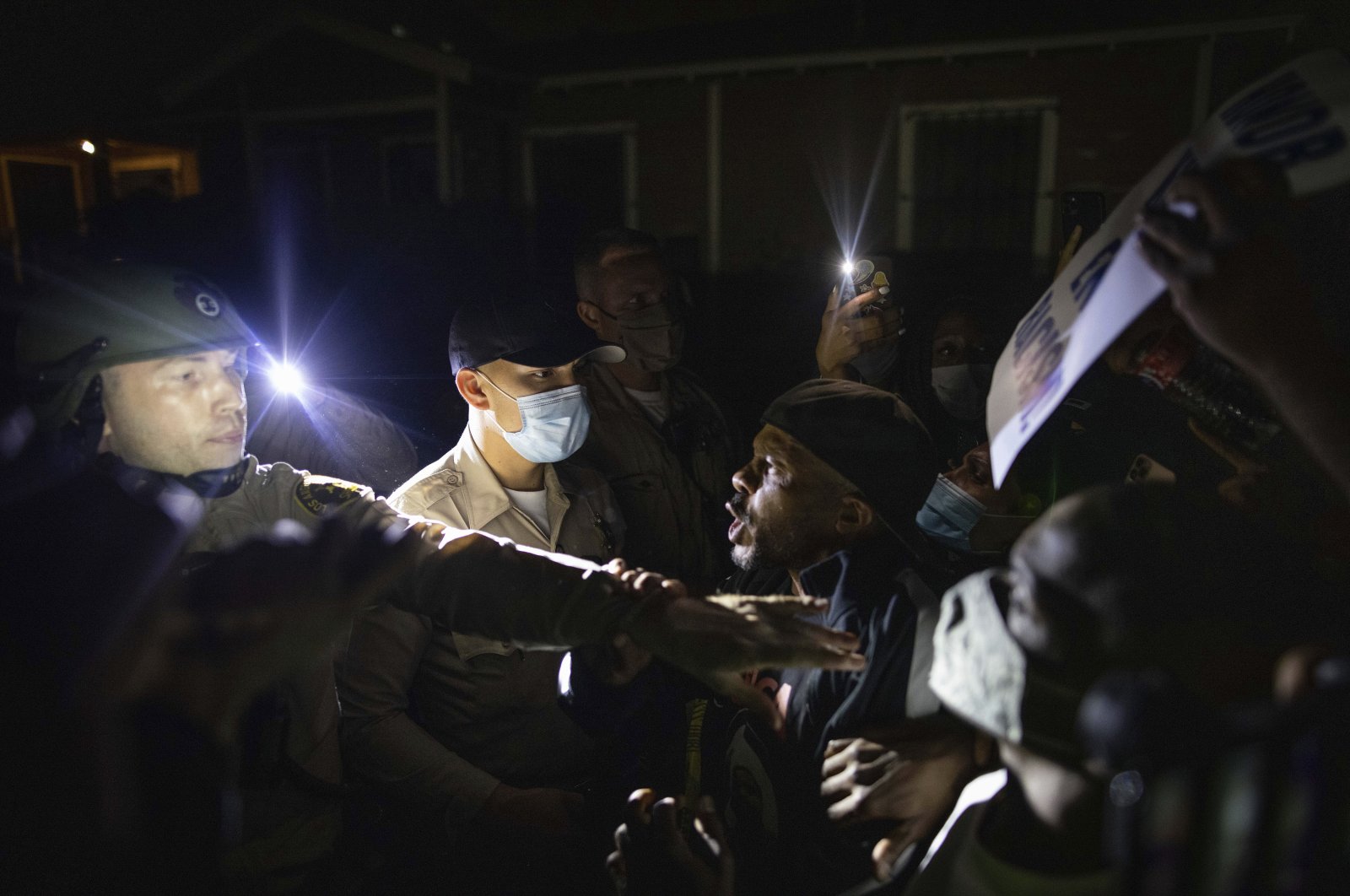 U.S. police have shot dead another black man, who they said had a handgun but had dropped it during a violent altercation in Los Angeles, triggering fresh outrage as tensions soar over racism and police brutality.

The man, named in local media as 29-year-old Dijon Kizzee, was riding his bicycle when Los Angeles County Sheriff's deputies tried to stop him for an unspecified vehicle code violation on Monday afternoon.

He fled on foot, and when officers caught up with him he punched one deputy in the face, dropping some items of clothing he was carrying, police said.

"The deputies noticed that inside the clothing items that he dropped was a black semi-automatic handgun, at which time a deputy-involved shooting occurred," Lieutenant Brandon Dean told reporters.

It was not clear if the man was reaching for the gun when he was shot. Dean said officials had yet to interview the deputies involved.

"So, he did not have the gun in his hand, it had already dropped to the ground, so when he was actually shot, he was unarmed at that point?" a reporter asked during the televised press conference.

"I don't know that," Dean replied, adding later: "If this individual was reaching for a semi-automatic handgun, I would suggest... that's probably why deadly force was employed."

The man was pronounced dead at the scene.

Up to 100 people gathered at the scene demanding justice in the hours after the shooting, according to local media.

"What's the use of having the prison system if you all are just going to kill us," one woman told a CBS News reporter through tears. "What are you all here for? Who are you protecting?"

The latest killing came as U.S. President Donald Trump was headed for Kenosha, Wisconsin Tuesday, where police shot black father Jacob Blake seven times in the back on Aug. 23, leaving him paralyzed from the waist down.

Blake's shooting by a white officer ignited fresh grief and protests three months after the killing of George Floyd, who suffocated beneath the knee of a white police officer in Minneapolis in May, cracking open the most widespread civil unrest in the U.S. since the 1960s.

The demonstrations in Kenosha have deteriorated repeatedly into violence as armed white vigilantes face off against protesters, culminating in the killing of two people. A white 17-year-old Trump supporter has been arrested and charged with the murders.

Wisconsin's governor Tony Evers has said Trump is not welcome in Kenosha amid fears the president is fanning the violence as he shifts the national debate from his handling of the coronavirus pandemic to "law and order" ahead of the Nov. 3 election.