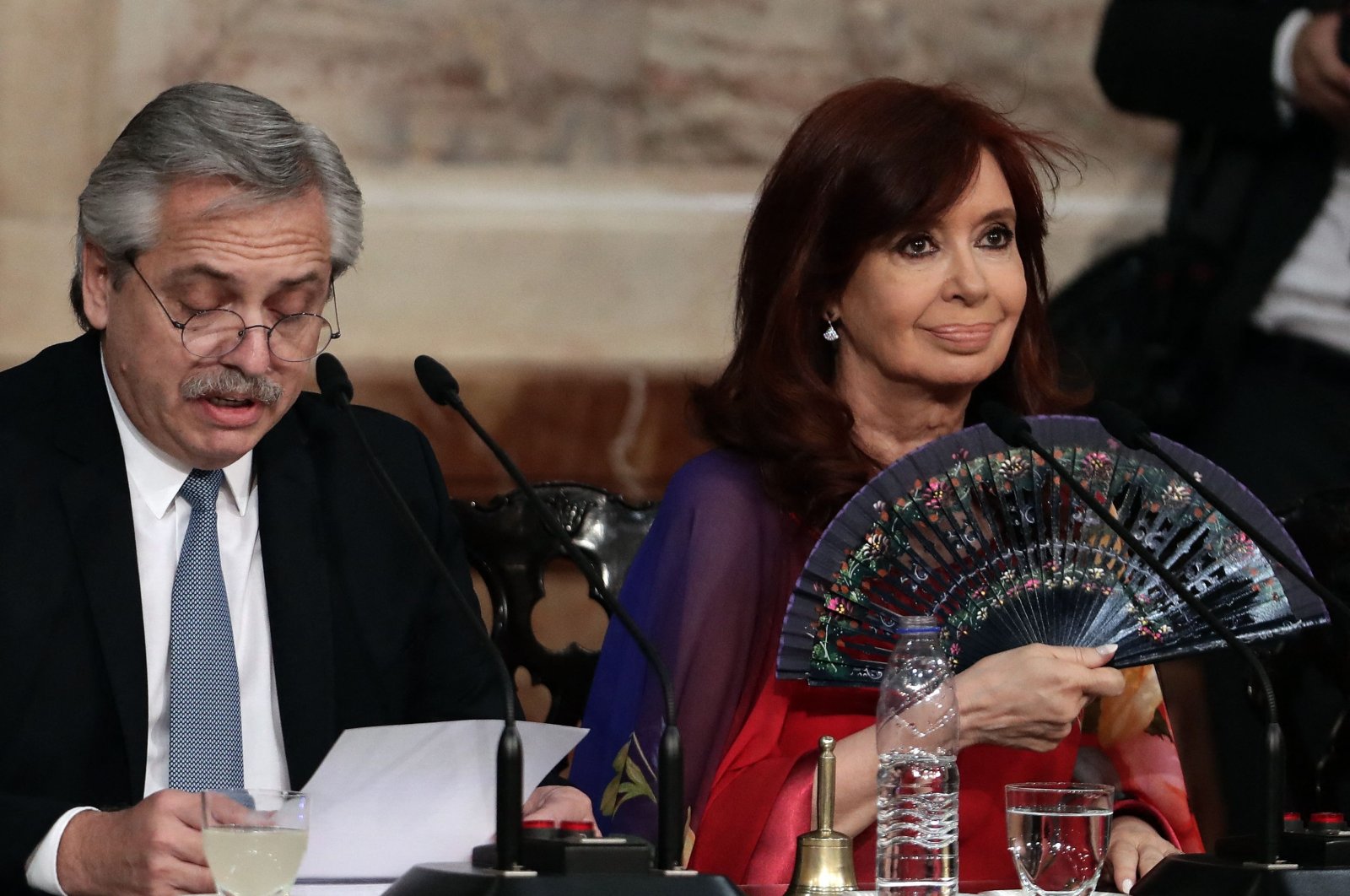 The government has been shaken in the wake of a bruising primary election loss by a spate of resignations tendered by leftist ministers allied with the more militant "Kirchnerist" wing of the ruling party.

Fernandez has yet to officially accept or reject the resignations from the ministers amid speculation about the potential breakup of his coalition and told local newspaper Pagina 12 that his hand would not be forced.

The government was badly beaten on Sunday in an open primary election, seen as a reliable indicator before a midterm congressional vote in November in which the Peronist ruling party could lose its grip on Congress.

Fernandez now faces a stark choice of doubling down on populist measures or taking a more moderate approach to attract middle-class voters who rallied behind the conservative opposition.

"The governing coalition must listen to the message of the polls and act responsibly," Fernandez wrote on Twitter, saying he would guarantee the unity of the party and that the government would continue to act in a way he "deemed appropriate."

In an acerbic letter published on Thursday night Fernandez de Kirchner, who served as president from 2007-2015, accused the president of pursuing "mistaken" fiscal policies that exacerbated Argentina's economic crisis already made worse by the COVID-19 pandemic.

Fernandez de Kirchner wrote that she had met with Fernandez to suggest a candidate to take over as cabinet chief as part of a government "relaunch," though denied reports she had sought the resignation of Economy Minister Martin Guzman.

She also criticized government inaction since the defeat.

"The day after such a political catastrophe if you listened to some officials, you would think that nothing had happened, they were feigning normality and, above all, screwing around in their armchairs."

Fernandez was due to travel to Mexico for a leftist regional summit this week but has suspended his trip to put the finishing touches on fresh economic measures that will be announced in the coming days, a government spokesperson said.

Argentina's political uncertainty has spooked investors and weighed down local markets and the peso currency.

The official peso edged down, held in check by strict currency controls, but the currency dropped further in popular alternative markets. The S&P Merval stock index dropped before recovering later in the day.

In downtown Buenos Aires, people had earlier took part in largely peaceful street protests both for and against the government.