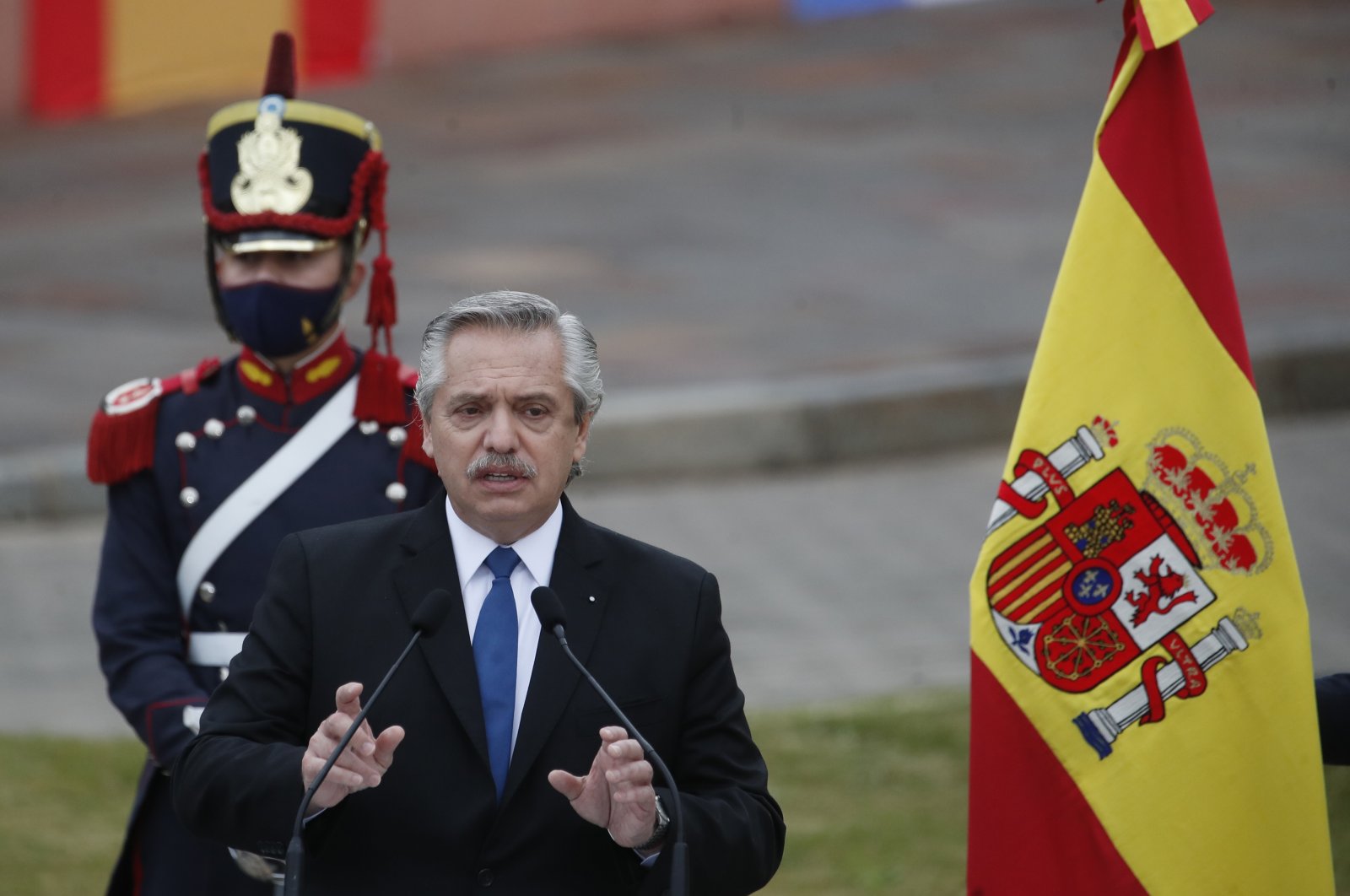 Argentine President Alberto Fernandez apologized Wednesday after sparking uproar with his racially insensitive remarks that sought to play up Argentina's ties with Europe.

"I am a Europeanist. I am someone who believes in Europe," Fernandez said as he and visiting Spanish Prime Minister Pedro Sanchez met with business leaders in Buenos Aires.

"The Mexicans came from the Indians, the Brazilians came from the jungle, but we Argentines came from the ships. And they were ships that came from Europe," Fernandez said, referring to the country's many European migrants. The quote is said to belong to Mexican poet Octavio Paz.

"In the first half of the 20th century we received more than five million immigrants who lived with our native peoples," he said, adding: "We are proud of our diversity."

Fernandez said he "did not mean to offend anyone" but to anyone who was, "my apologies."

A video of his original statement went viral, drawing numerous reactions in Brazil.

Brazilian President Jair Bolsonaro tweeted a picture of himself wearing a feather headband and surrounded by a group of indigenous people under the headline "JUNGLE!" but with no comment – a picture that led to a series of memes.

Former Mexican President Felipe Calderon wanted to know if the quote really was from Mexican author Paz, a Nobel laureate.

"That could have been said by (Mexican comedian) Cantinflas, or (Argentine comedians) Les Luthiers, but Octavio Paz? I hope he cites the source," Calderon tweeted.