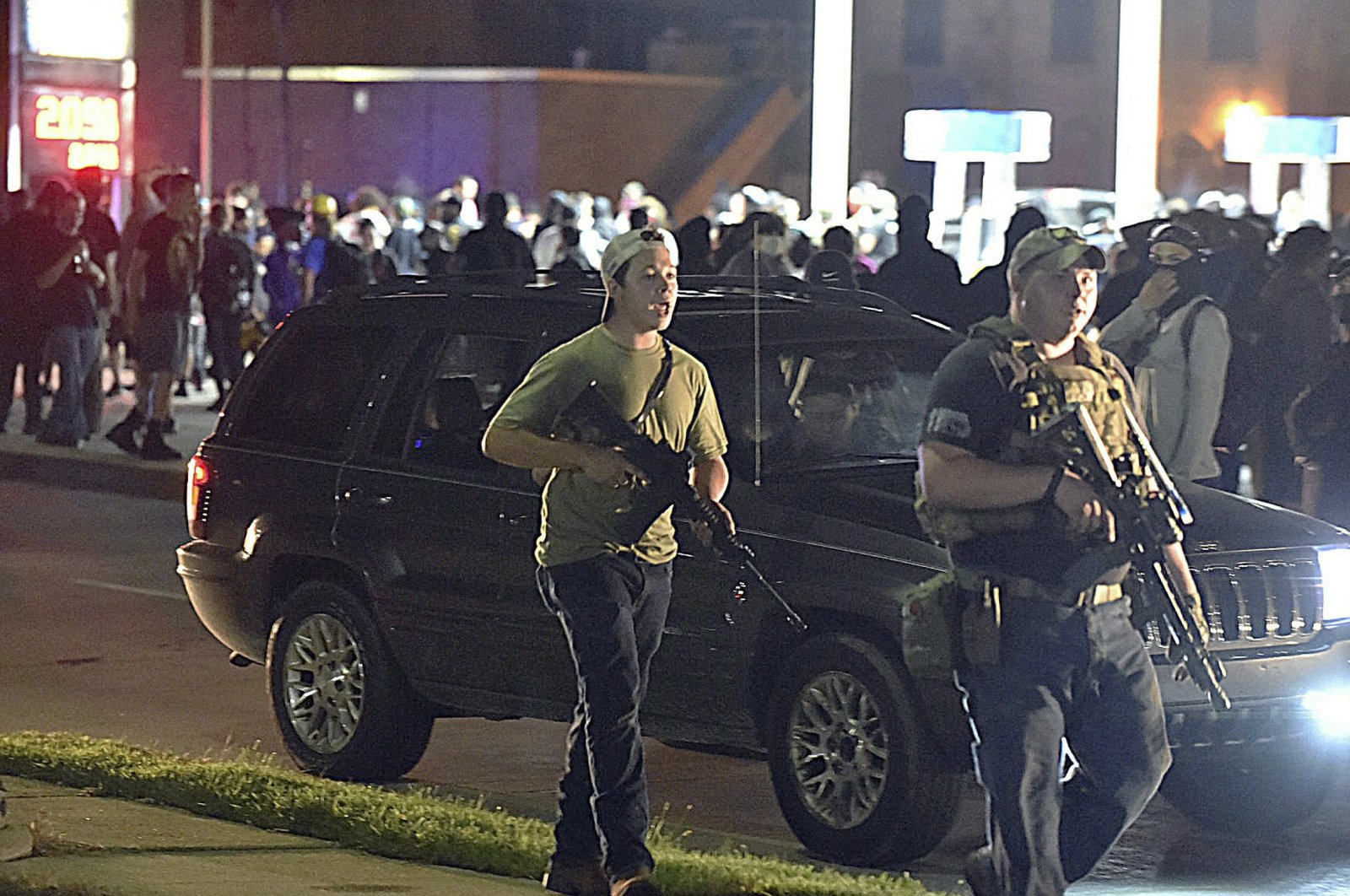 The growing presence of armed militia-style groups during protests over the police shooting of Jacob Blake and the killing of George Floyd has ignited further unrest and chaos in the U.S.

Anti-racism protests in the U.S. city of Kenosha over the police shooting of Jacob Blake, a black man, were rocked by the presence of armed militia believed to have deliberately tipped demonstrations toward violence.

After two straight nights of violent unrest in the Wisconsin city, Kevin Mathewson posted a call to arms on the Facebook page of his fledgling militia group, the Kenosha Guard, which was formed in the days after George Floyd was killed by police in Minneapolis, Minnesota on May 25. Since then, the page boasted only 87 likes, but Mathewson, a former alderman, got a wide response with his Tuesday post asking for "patriots willing to take up arms and defend (Kenosha, Wisconsin) from the evil thugs." Within about four hours, some 1,000 people responded that they were "going" to the Kenosha event with another 4,000 saying they were "interested." Later in the day, Mathewson, an assault-style rifle visibly strapped to his chest, posted a 15-second clip of civilians gathered near the courthouse.

That night, a civilian with a similar weapon shot and killed two men and wounded another as armed vigilantes patrolled the streets during yet another violent night of protests. According to witness accounts and video footage, police apparently let the gunman walk past them and leave the scene with a rifle over his shoulder and his hands in the air as members of the crowd were yelling for him to be arrested because he had shot people.

A 17-year-old police admirer, Kyle Rittenhouse, was taken into custody on Wednesday in the state of Illinois on suspicion of first-degree intentional homicide in Tuesday's attack that was largely captured on cellphone video. Much of Rittenhouse’s Facebook page is devoted to praising law enforcement, with references to Blue Lives Matter, a movement that supports police. He also can be seen holding an assault rifle. In a photograph posted by his mother, he is wearing what appears to be a blue law enforcement uniform as well as the kind of brimmed hat state troopers wear.

There is no evidence that Rittenhouse, a resident of Antioch, Illinois, was led to Kenosha by the Facebook post, and Mathewson said he does not know the suspect nor does he know of any communication with his group. City and law enforcement officials, however, have blamed the armed vigilantes who showed up Tuesday night for worsening tensions and sparking unnecessary confrontations. Mathewson said he was only trying to protect his community.

"In my view, when the government can't protect us, that's when we rely on the Second Amendment, which is in place just for these circumstances," he said Thursday. "Our city was under siege, we were under attack and the government could not ensure our safety."

Facebook took down the Kenosha Guard's page for violating its "dangerous organization policy." Mathewson's personal account was also removed without notice, and he was effectively banned from the social media giant for life. Rittenhouse, who is facing murder charges in connection with the Tuesday night shootings, had his Facebook and Instagram accounts taken down and the company will temporarily prohibit anyone from starting a new account in his name.

Many militia-style groups have gained ground in the U.S., which is confirmed by growing evidence of armed men being reported with alleged links to violence during protests over Floyd's death, which have spread from Minnesota to the White House. Militia patrolled the streets of Minneapolis in the weeks after Floyd died and in Albuquerque, New Mexico a person was shot and seriously wounded in June during a clash between protesters and a group called the New Mexico Civil Guard.

The tragedy in Minneapolis has reignited long-felt anger over police killings of African Americans and unleashed a nationwide wave of civil unrest unlike any seen in the U.S. since Martin Luther King Jr.'s 1968 assassination. The demonstrations have been largely peaceful, but many have broken down into violence and looting after nightfall.