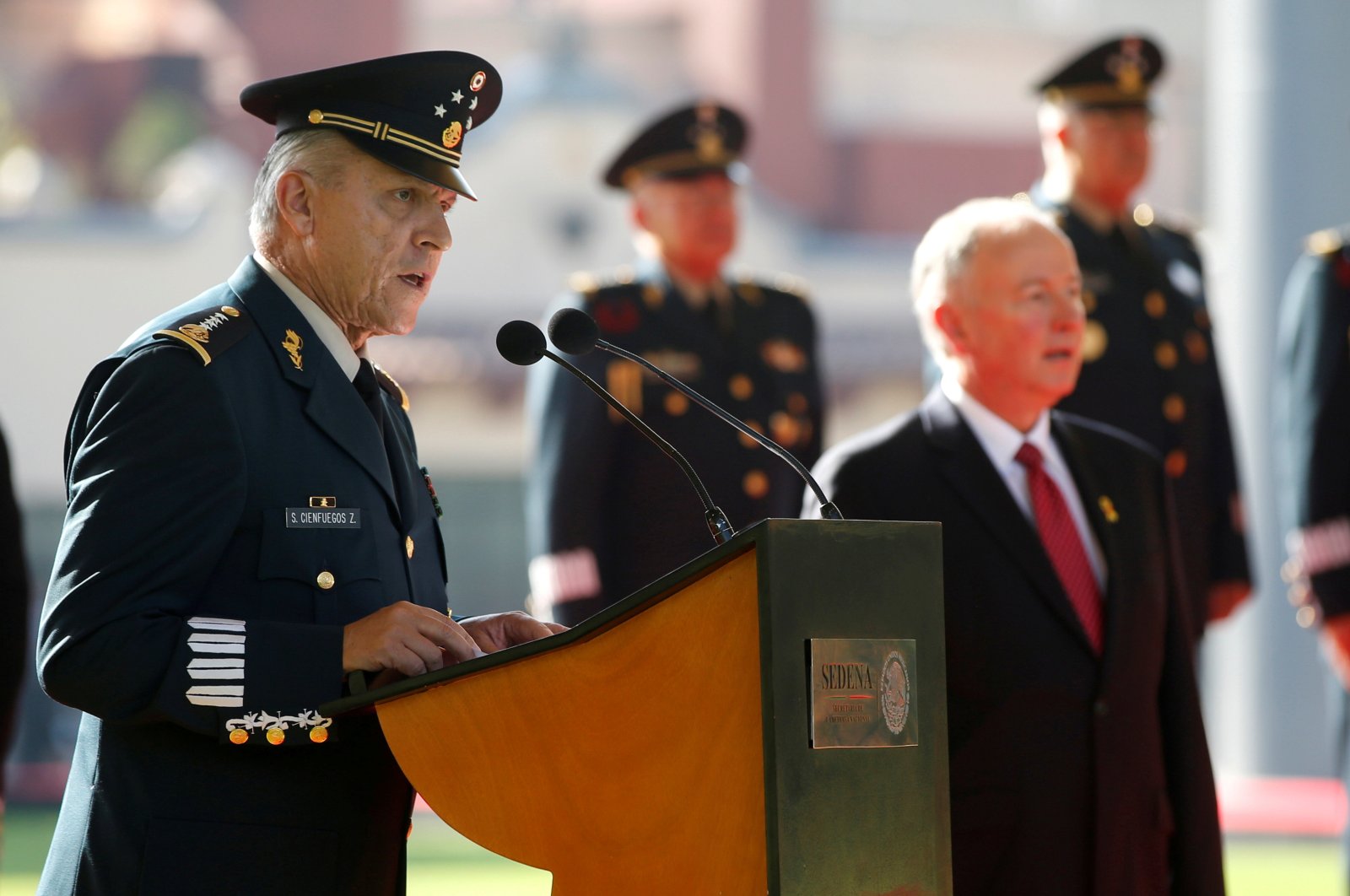 Mexico President Andres Manuel Lopez Obrador said Friday that his ambassador to the United States told him two weeks ago that there was an investigation underway there involving Mexico's former defense secretary, who was arrested Thursday in Los Angeles.

The arrest of Mexico’s former defense minister, retired Gen. Salvador Cienfuegos, on drug and money laundering charges shakes one of the few Mexican institutions that had maintained the confidence of the people.

Cienfuegos was arrested at Los Angeles International Airport Thursday at the request of the U.S. Drug Enforcement Administration (DEA). He had been Mexico’s top military official during the presidency of Enrique Pena Nieto from 2012 to 2018.

He said he had been told that the charges against Cienfuegos would be announced in the U.S. Friday afternoon, but he confirmed that it was related to alleged drug trafficking.

“This is an unmistakable example of the decomposition of the government, of how civil service was degrading, the government service during the neoliberal period,” Lopez Obrador said. He offered a vote of confidence to current military leaders asserting that the leaders of the army and navy are “incorruptible.”

On Thursday night, Mexico’s Foreign Minister Marcelo Ebrard wrote on his Twitter account that U.S. Ambassador Christopher Landau had informed him of the retired general’s arrest and that Cienfuegos had a right to receive consular assistance. A U.S. official with knowledge of the case said the warrant was for drug trafficking and money laundering charges.

A senior Mexican official, who spoke on the condition of anonymity because he wasn’t authorized to give details of the case, said Cienfuegos was arrested when he arrived at the Los Angeles airport with his family. His family members were released and he was taken to the Metropolitan Detention Center.

Mexico’s reliance on its military has only grown under Lopez Obrador. He has entrusted it with not only leading the government’s ongoing fight with drug cartels, but also with stopping rampant fuel pipeline theft, building major infrastructure projects and being the backbone of the new, ostensibly civilian, National Guard.

Lopez Obrador was scheduled to visit the site of a new airport being built for the capital Friday morning. It is rising on a military base, and the president put the army in charge of building it.

While Lopez Obrador talks daily about corruption being at the root of all of Mexico’s problems, the biggest catches of his term have so far come across the border in the U.S.

Cienfuegos, 72, is the second former Mexican Cabinet official arrested in the U.S. on drug charges in the past year.

Genaro Garcia Luna was arrested last year in Texas on drug trafficking charges. U.S. prosecutors allege he took tens of millions of dollars in bribes to protect Joaquin “El Chapo” Guzman’s Sinaloa cartel. He had served as Mexico’s Secretary of Public Security from 2006 to 2012 under then-President Felipe Calderon. He pleaded not guilty earlier this month to drug trafficking charges in a federal court in New York.

Under Cienfuegos, Mexico continued its pursuit of the war on the drug cartels launched under Calderon. Guzman was captured twice while Cienfuegos was in command – in 2014 and 2016 – but the army was not directly involved in either. There was talk at the time that the DEA had more confidence in Mexico’s marines for acting on the most sensitive intelligence.

A Colombian drug trafficker testified early last year at Guzman’s U.S. trial that the kingpin had boasted about paying a $100 million bribe to Pena Nieto to call off the hunt for him. Pena Nieto’s spokesperson denied the accusation. Mexico’s Defense Department had no immediate reaction to Cienfuegos’ arrest.