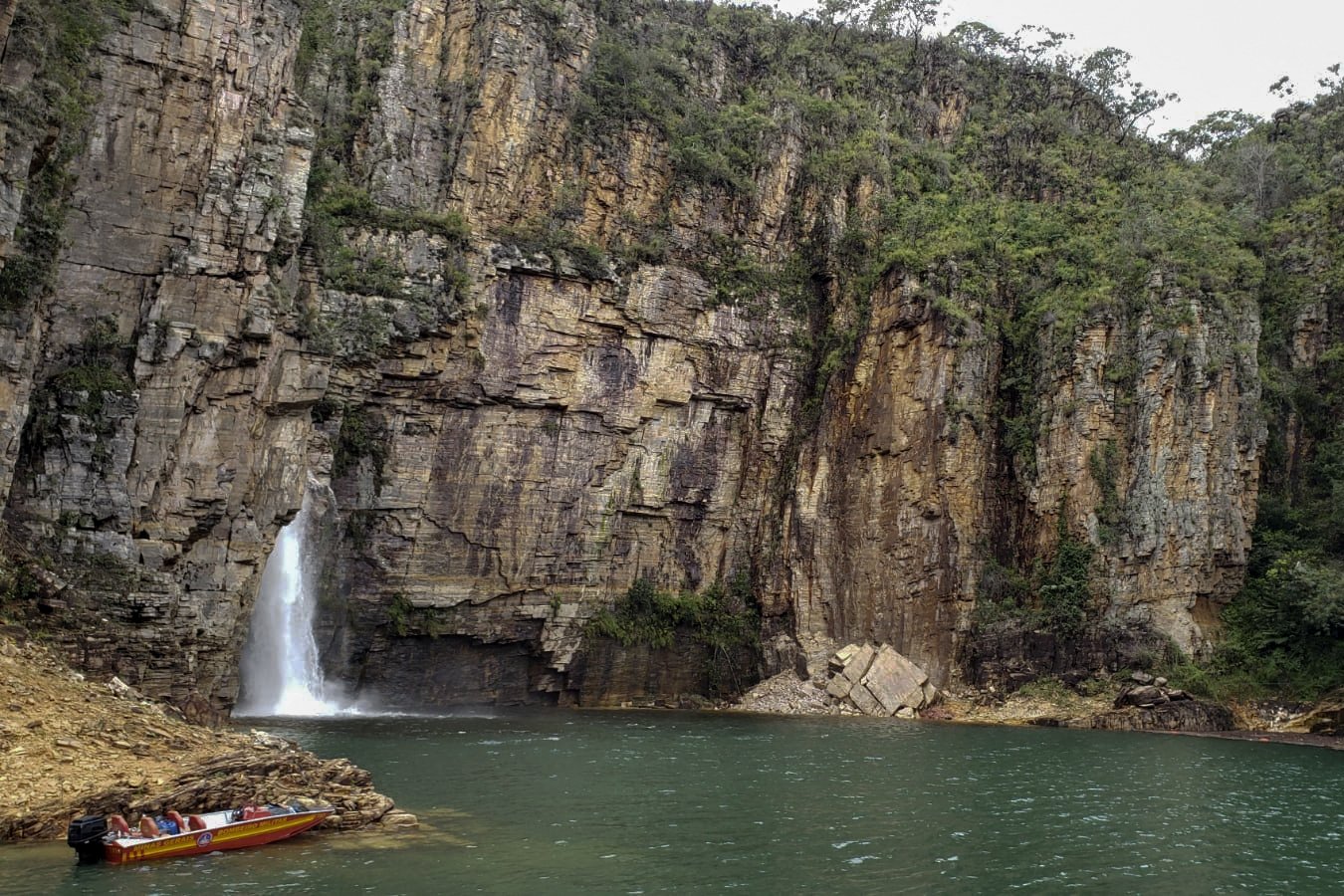 A huge rock face collapsed and struck motorboats below, killing at least 10 tourists in southeastern Brazil on Saturday.

Two of the three bodies that had been missing since the tragedy were recovered on Sunday, civil police commissioner Marcos de Souza Pimenta told reporters. More than 30 people were injured, nine of whom remained in the hospital on Sunday.

The death toll Saturday was originally given as seven, with three people missing.

Video captured the moment when a chunk of canyon wall came loose and plunged onto the leisure boats on Furnas Lake, as panicked tourists watched helplessly from other vessels. It is believed that days of heavy rains destabilized the cliff face.

According to the fire brigade, two boats sustained direct hits. The 10 who died were part of a group of family and friends on the boat that suffered the biggest impact from the rockfall, according to rescuers.

The victims were all Brazilian nationals, aged between 14 and 68, according to preliminary investigations.

Dive teams were sent to the lake, located about 400 kilometers (250 miles) north of Sao Paulo. The area's canyons are a popular destination in the region, where tourists flock to see the cliffs, caverns and waterfalls that surround the green waters of Lake Furnas, formed by the hydroelectric dam of the same name.

"We are experiencing the pain of a tragedy in our state today, triggered by the heavy rains that caused a rock wall at Lake Furnas in Capitolio to come loose," wrote the governor of Minas Gerais, Romeu Zema, on Twitter.

The Brazilian navy, which took part in the rescue operation, announced an investigation to determine the cause of the accident.

Extremely heavy rain has fallen in recent days in southeastern Brazil, possibly precipitating the collapse, according to firefighters.

Geographer Eduardo Bulhoes of the Fluminense Federal University told Agence France-Presse (AFP) rockfalls in the area, where natural erosion is continually taking place, were more likely to occur during the rainy months of December and January.

To avoid future accidents, he said, it would be advisable to keep tourists further away from the cliffs during the rainy season.