At least 130K COVID-19 deaths in US could have been avoided, study finds 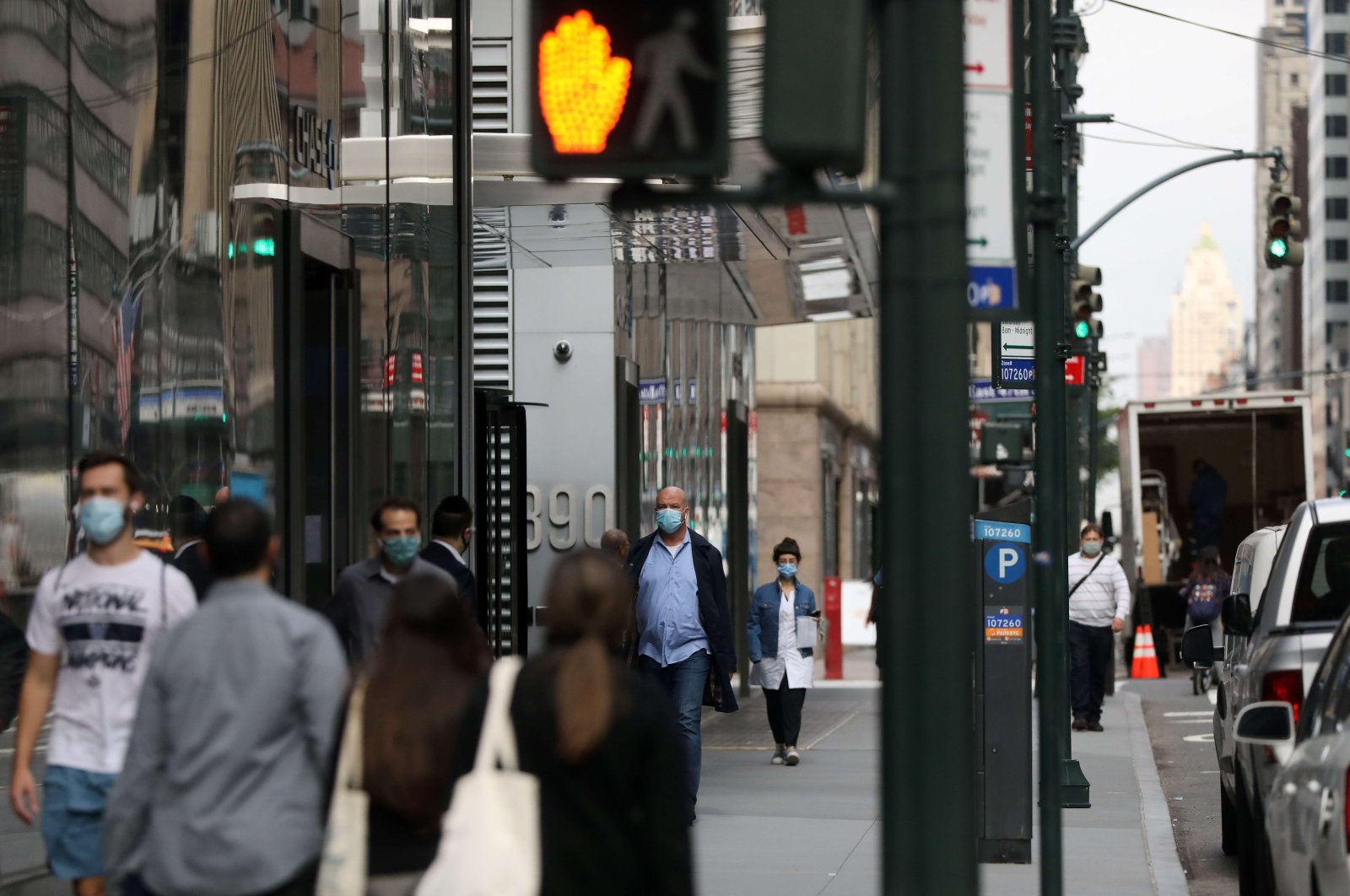 Between 130,000 and 210,000 COVID-19 deaths could have been avoided in the United States, a study found as the country records the highest death toll in the world with over 220,000 fatalities

As the United States continues to lead the world in deaths linked to COVID-19, making up one in five of global deaths with more than 222,000 fatalities, a report released on Wednesday by Columbia University estimated that between 130,000 and 210,000 COVID-19 deaths could have been avoided in the country, calling the federal government's response to the pandemic an "enormous failure."

“The United States has turned a global crisis into a devastating tragedy,” the report said. “We estimate that at least 130,000 deaths and perhaps as many as 210,000 could have been avoided with earlier policy interventions and more robust federal coordination and leadership."

"The weight of this enormous failure ultimately falls to the leadership at the White House – and among a number of state governments – which consistently undercut the efforts of top officials at the CDC and HHS," the report also said, referring to the U.S. Centers for Disease Control and Prevention and the Department of Health and Human Services.

As winter approaches, fears of a deadlier wave of COVID-19 have spiked in the U.S. Health experts have long warned that colder temperatures driving people inside could promote the spread of the virus. Several U.S. states, many of them in the Midwest, reported record single-day increases in COVID-19 infections on Thursday, further evidence that the pandemic is accelerating as cooler weather takes hold in many parts of the country. Indiana, North Dakota, Illinois, Montana, Oklahoma, Utah and Ohio posted daily records on Thursday, according to a Reuters analysis, while Florida reported more than 5,500 new cases, its highest single-day increase since Aug. 15. Twenty-eight states have reported their daily record high of COVID-19 cases in the month of October alone. On Wednesday, the number of COVID-19 deaths reported across the country reached its highest in two months. Increases in deaths tend to trail spikes in new infections by several weeks.

The number of confirmed COVID-19 cases across the planet has surpassed 40 million this week, but experts say that is only the tip of the iceberg when it comes to the true impact of the pandemic that has upended life and work around the world. The actual worldwide tally of COVID-19 cases is likely to be far higher, as testing has been uneven or limited, many people have had no symptoms and some governments have concealed the true number of cases. To date, more than 1.1 million confirmed virus deaths have been reported, although experts also believe that number is an undercount.

The global increase in recent weeks has been driven by a surge in Europe, which has seen over 247,000 confirmed virus deaths in the pandemic so far.

Europe's reported COVID-19 cases more than doubled in 10 days, crossing 200,000 daily infections for the first time on Thursday, with many Southern European countries reporting their highest single-day cases this week.

Europe as a region is reporting more daily cases than India, Brazil and the United States combined. The increase is partly explained as far more testing is being done than in the first wave of the pandemic. According to a Reuters tally, Wednesday saw the highest total number of infections reported in a single day across the world, at 422,835. As of now, Europe accounts for nearly 19% of global cases and about 22% of global deaths.

In Western Europe, France, which is reporting the highest seven-day average of new cases in Europe with 25,480 infections per day, reported an all-time high of 41,622 new confirmed COVID-19 cases on Thursday, according to French health authorities. To slow the spread of infection, France’s Prime Minister Jean Castex on Thursday announced the widening of a COVID-19 curfew to more than two-thirds of its population.

Germany, which reported more than 10,000 daily cases for the first time on Thursday, extended travel warnings for Switzerland, Ireland, Poland, most of Austria and Italian regions including Rome.