At least 15 killed as fires engulf US West Coast 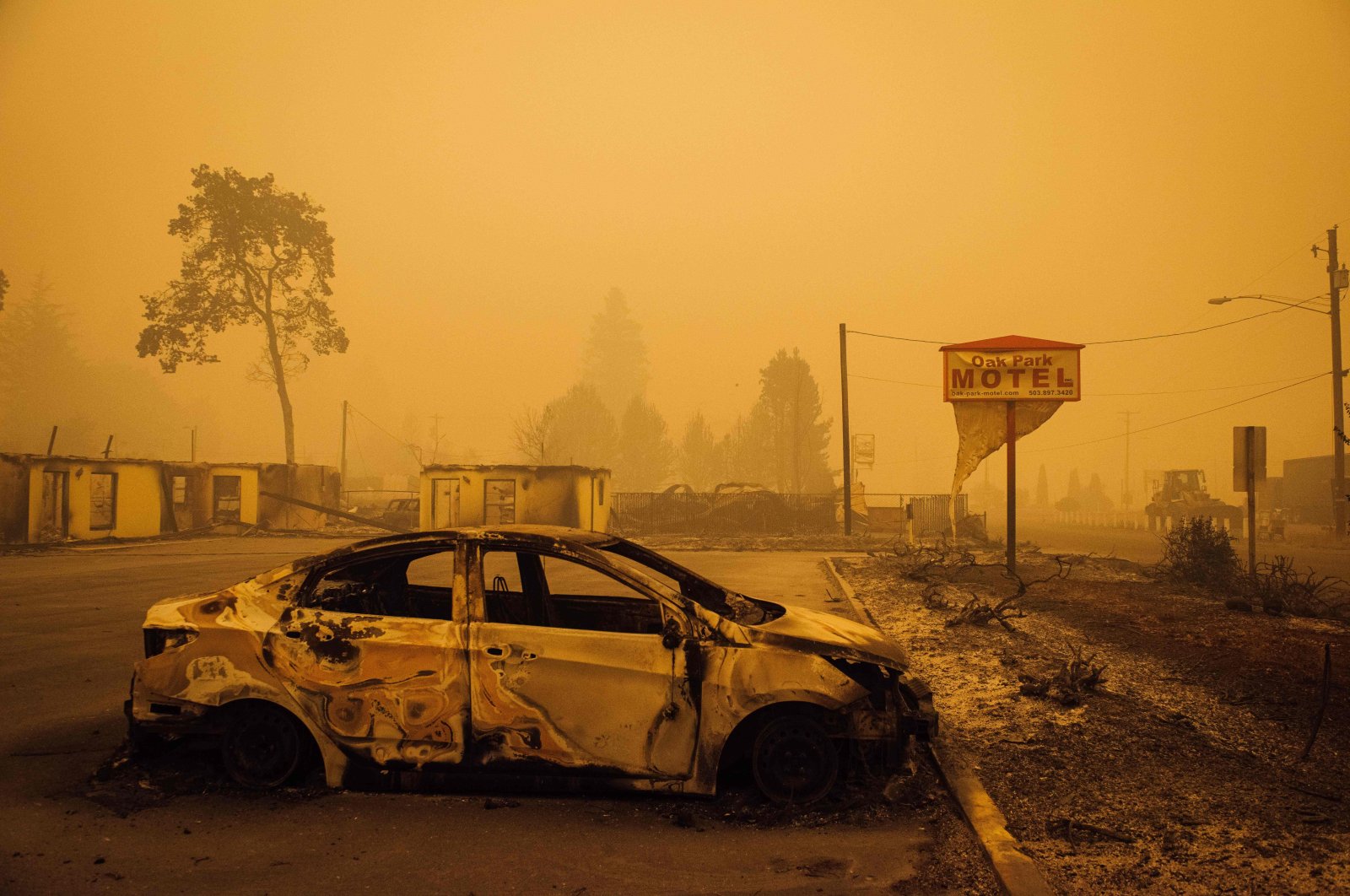 Firefighters were battling unprecedented wildfires up and down the U.S. West Coast on Friday that killed 15 people and forced more than half a million others to flee their homes, with officials warning of more deaths to come in the days ahead as searchers look for 16 missing people.

The true scale of destruction was impossible to count across wide stretches of California, Oregon and Washington cut off from the world by an apocalyptic wall of flames, fueled by record heat waves and intense, dry winds.

The August Complex Fire became the biggest recorded blaze in Californian history on Thursday, after multiple fires in the state's northwest combined under high temperatures and winds to rip through 746,000 acres of dry vegetation. The blaze is among 29 major wildfires burning from the Oregon border to just north of Mexico. More than 4,800 square miles (12,500 square kilometers) have burned so far this year – more land than Rhode Island, Delaware and Washington, D.C., combined – and fall is typically the worst season for fires.

More than 1,400 square miles have burned this week in Oregon, where hot, windy conditions continued. Authorities said more than 500,000 people – more than 10% of the state's population – have been forced to evacuate.

Local Oregon officials confirmed two deaths in the Santiam Canyon region south of Portland, and a third in the Ashland area, near the California border.

Police went door to door to make sure that residents were evacuating the city of Molalla, marking their driveways with spray paint to show they had left.

"It's one thing to leave your house, it's another thing being told that you have to leave," said Denise Pentz, a resident of the town for 11 years, who was loading her family belongings into a camping trailer.

Among those killed in the past day was a one-year-old boy who perished while his parents suffered severe burns as they attempted to flee an inferno 130 miles (209 km) east of Seattle.

Police said the death toll had jumped to 10 in northern California's Butte County on Thursday. "We have to report an additional seven deceased individuals were located by our deputies and detectives today," Butte County Sheriff Captain Derek Bell said.