At least 75 killed in prison riots in Ecuador 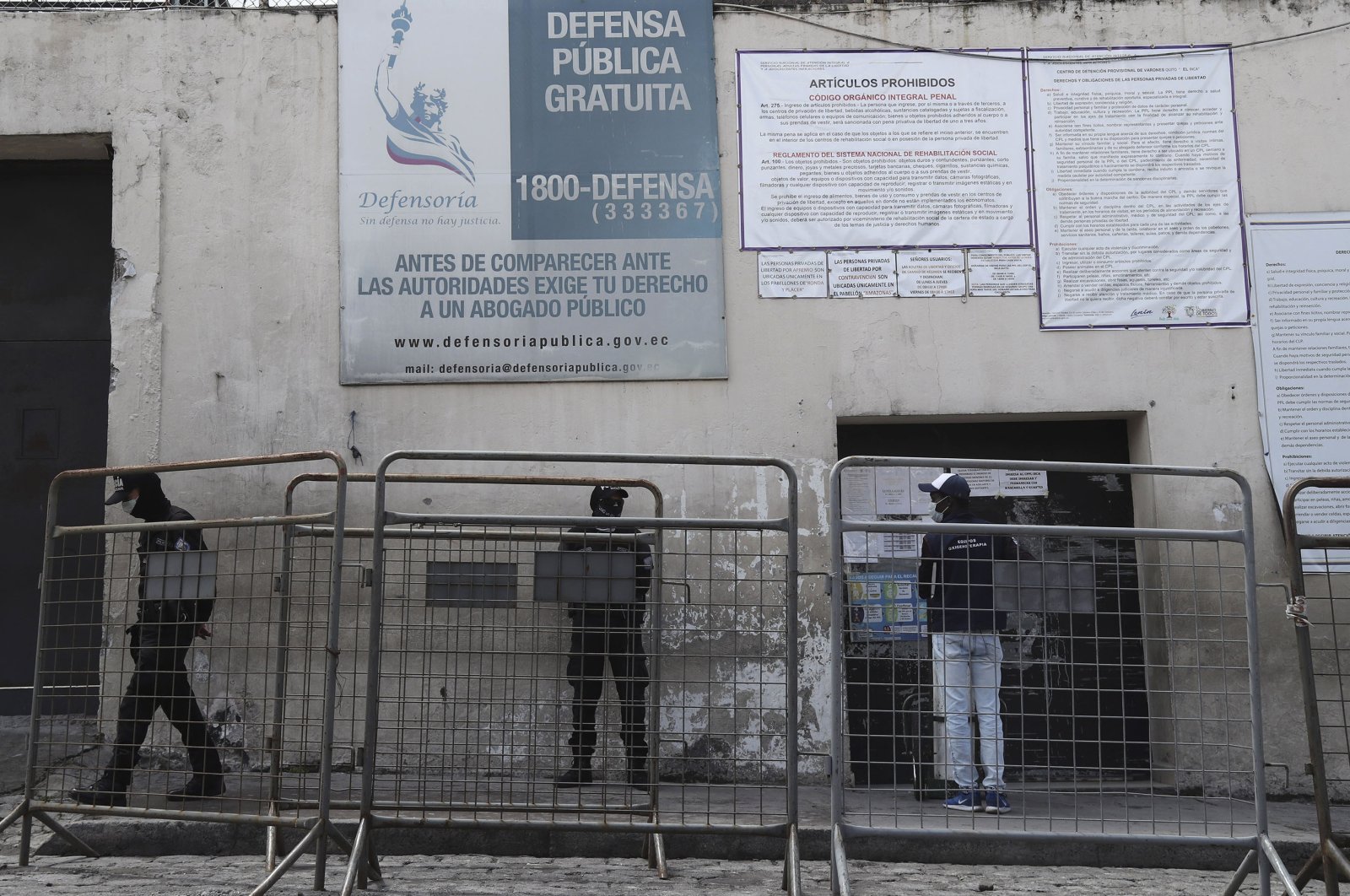 At least 75 inmates died Tuesday and several others were injured in riots said to be triggered by gang rivalries at three jails in Ecuador's overcrowded prison system, authorities said.

Another 33 died at the prison in Cuenca in the south and eight in Latacunga in the center of the South American country, according to Edmundo Moncayo, director of the government's SNAI prisons management body.

"We want the death list given to us," said Daniela Soria, 29, one of about 40 women outside the Guayaquil prison, many of them in tears.

"We know that the problems are not over because everyone there has a phone and my husband doesn't call me," she told Agence France-Presse (AFP).

Earlier, she received a WhatsApp voice message from her husband, Ricardo, which she played back for AFP. "They are going to kill me, get me out of here!" he could be heard exclaiming, the last she heard from him.

The authorities, he said, "are acting to retake control."

The military was deployed to help police quell the uprising.

The public defender's office, an entity akin to an ombudsman set up to defend human rights, called the violence "an unprecedented massacre" and expressed its "concern over the lack of security in the country, which is reflected in the increase in crime and violence inside these prison facilities."

The prosecuting authority said several inmates were left injured in fighting between "criminal gangs," including two at Guayaquil in serious condition.

Several police officers were also injured, said Moncayo, but no deaths have been reported among security personnel.

Police Cmdr. Patricio Carrillo described the situation as "critical," while Interior Minister Patricio Pazmino created a centralized command post to respond to what he said was "concerted action by criminal organizations to generate violence in penitentiary centers."

The prison authority described fierce fighting between organized gangs that go by names such as Los Pipos, Los Lobos and Tigrones. They rely on drug trafficking and operate their criminal enterprises from prison.

Moncayo told reporters that on Monday, guards seized two firearms that were to be used to kill the leader of a group imprisoned in Guayaquil.

"Inside, it is like a market. There is everything: drugs, arms, even puppies. Everything is sold," said Soria, the wife of prisoner Ricardo.

In order to reduce prisoner numbers amid the coronavirus epidemic, the government commuted the sentences of people convicted of minor offenses, reducing overcrowding from 42% to 30%.

This still leaves the Ecuador prison system, with a capacity to house 29,000 inmates in 60-odd facilities, with a prisoner population of 38,000.

The SNAI has said a dearth of personnel "hinders immediate response" to prisoner revolts.

A 90-day state of emergency in the country's jails was ordered by Moreno last year to try to bring gang activity under control and reduce the violence.

Tuesday's riots coincided with a march of hundreds of indigenous people on Quito to demand a vote recount after the first round of presidential elections this month saw their candidate left out in the cold.