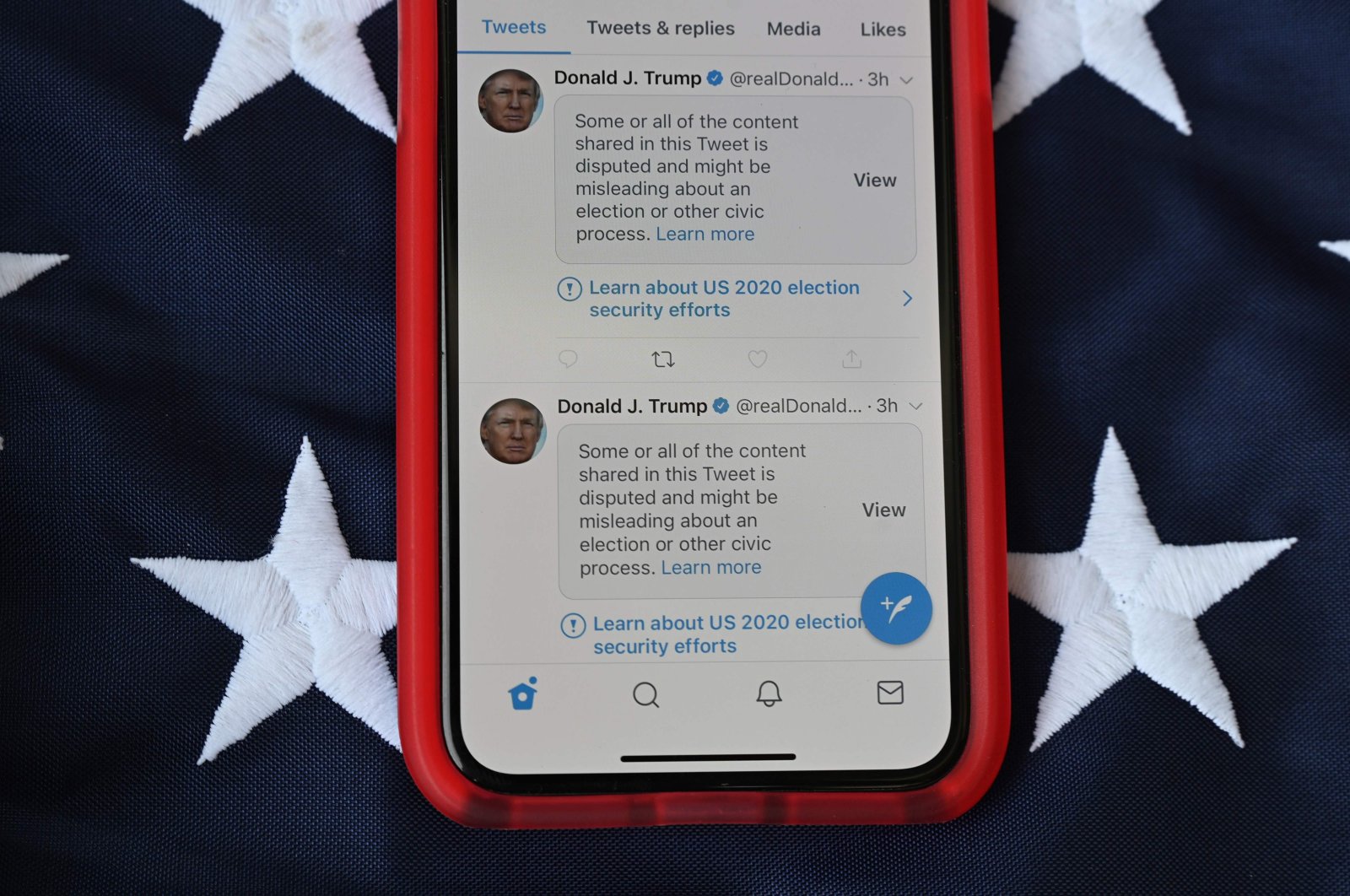 This illustration photo shows a mobile phone placed on a U.S. flag with tweets from then U.S. President Donald Trump masked with warnings imposed by Twitter stating that they may be incorrect, Nov. 5, 2020. (AFP Photo)
by ASSOCIATED PRESS Jul 07, 2021 6:06 pm
RECOMMENDED

Following controversial censorship, former U.S. President Donald Trump plans to announce a lawsuit against Facebook, Twitter and Google on Wednesday, according to a report by The Associated Press (AP).

Trump will serve as the lead plaintiff in the class-action suit, claiming he has been wrongfully censored by the companies, according to a person familiar with the action. The person spoke on condition of anonymity to share details ahead of the announcement.

Trump was suspended from Twitter and Facebook after his followers stormed the Capitol building on Jan. 6. The companies cited concerns that he would incite further violence.

Currently, he can no longer post on either platform. Nonetheless, Trump has continued to make claims about the 2020 election, baselessly claiming that he won, even though state and local election officials, his own attorney general and numerous judges, including some he appointed, have said there is no evidence of the mass voter fraud he alleges.

Under Section 230 of the 1996 Communications Decency Act, internet companies are generally exempt from liability for the material that users post. The law, which provides a legal "safe harbor” for internet companies, also allows social media platforms to moderate their services by removing posts that, for instance, are obscene or violate the services’ own standards, so long as they are acting in "good faith.” But Trump and other politicians have long argued that Twitter, Facebook and other social media platforms have abused that protection and should lose their immunity – or at least have to earn it by satisfying requirements set by the government.

Google and Twitter didn’t immediately respond to requests from AP for comment Wednesday. Facebook also declined to comment on the suit. Trump is set to make the announcement at an event at his Bedminster, New Jersey golf course Wednesday morning.