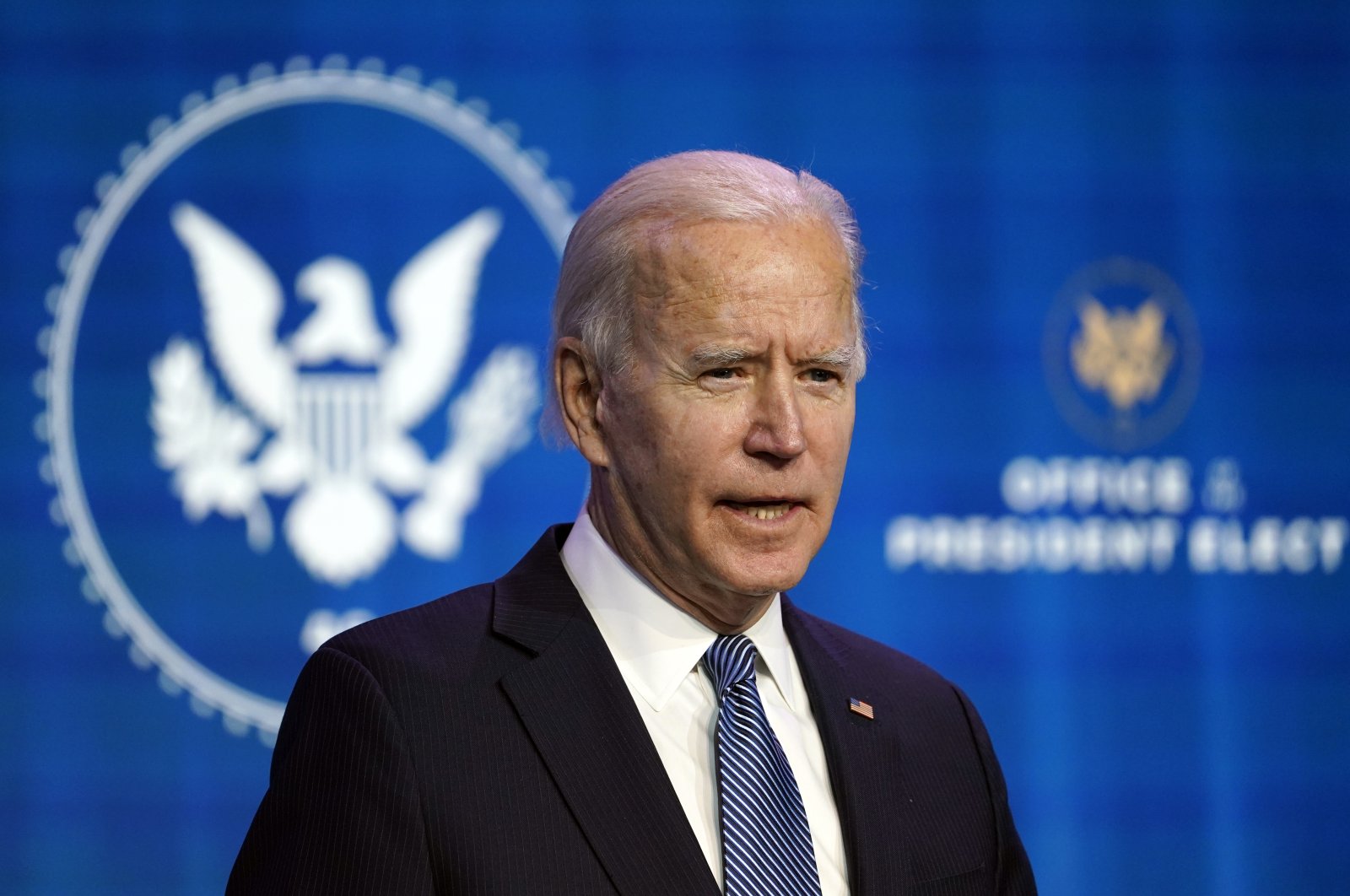 After protests that left five people dead, President-elect Joe Biden has denounced pro-Trump supporters who stormed the U.S. Capitol as 'domestic terrorists' and blamed the Republican president for the violence that has shaken the nation's capital and beyond

U.S. President-elect Joe Biden had harsh words Thursday for the pro-Donald Trump supporters that stormed the U.S. Capitol, as well as for President Trump himself, squarely blaming him for the violence and calling his backers "domestic terrorists."

“What we witnessed yesterday was not dissent, it was not disorder, it was not protest. It was chaos,” Biden said during a news conference in Wilmington, Delaware. “They weren’t protestors. Don’t dare call them protestors. They were a riotous mob, insurrectionists, domestic terrorists.”

Legally, the U.S. has no domestic terrorism statute under which it could realistically label the individuals, but the FBI and local law enforcement are seeking to determine who they were to arrest and charge them.

In solemn tones, Biden said the actions Trump has taken to subvert the nation’s democratic institutions throughout his presidency led directly to the mayhem in Washington. "In the past four years, we’ve had a president who’s made his contempt for our democracy, our Constitution, the rule of law clear in everything he has done,” Biden said. "He unleashed an all-out assault on our institutions of our democracy from the outset. And yesterday was the culmination of that unrelenting attack.”

Hundreds of pro-Trump supporters broke into the Capitol building and roamed the halls looking for lawmakers, who were forced to halt their deliberations and seek safety. The violent protesters were egged on by Trump himself, who has falsely contended that he lost the election due to voter fraud. Trump’s claims were repeatedly dismissed in the courts, including the Supreme Court, by state election officials from both parties and even by some in his own administration. But the president went to greater and greater lengths to try to subvert the election, culminating this week in efforts by some Republican members of Congress to object to the certification of the results and the violence at the Capitol.

During the riots, five people died, including a U.S. Capitol Police officer who was injured after responding to the protests and a female protester who was fatally shot by the authorities. Three others died from medical emergencies. The city's police said more than 90 people were arrested on Wednesday and Thursday morning

Biden ticked off a list of Trump's assaults on American norms, including his attacks on the press and the intelligence community and his pressure on state and federal officials and judges to submit to his efforts to overturn the election. Biden said that on Wednesday, Trump tried to "use a mob to silence the voices of nearly 160 million Americans” who voted in November. And both he and Vice President-elect Kamala Harris spoke about the police treatment of the largely white protesters on Wednesday, compared with the heavy-handed way in which police have handled Black Lives Matter protests.

"We witnessed two systems of justice when we saw one that let extremists storm the United States Capitol and another that released tear gas on peaceful protesters last summer,” Harris said, according to remarks carried by The Associated Press (AP), while Biden declared that: "No one can tell me that if it had been a group of Black Lives Matter protesting yesterday, they wouldn’t have been treated very, very differently than the mob of thugs that stormed the Capitol.”

He expressed hope that images comparing the police presence Wednesday to that marshaled to prepare for Black Lives Matter protests would open Americans’ eyes to the need for reform.

Biden's remarks came just before he introduced Merrick Garland, his pick for attorney general, and vowed a dramatic change of course from the Trump administration regarding the U.S. Department of Justice, which must decide whether to investigate Trump and his associates for various actions over the past four years. Both Biden and Harris spoke Wednesday about the importance of an independent judiciary, with the president-elect saying some of the most important work for the nation remains "committing ourselves to the rule of law in this nation, invigorating our domestic and democratic institutions carrying out equal justice under law in America.”

Meanwhile, Trump, who vowed an "orderly transition" of power to the new administration after Congress certified Biden's victory, may face a second impeachment as congressional Democrats on Friday weighed his removal, two days after his false claims of election fraud helped encourage the mob that stormed the Capitol. Democratic leaders, including House of Representatives Speaker Nancy Pelosi and Senate Minority Leader Chuck Schumer, called for immediate impeachment proceedings if Vice President Mike Pence and Trump's Cabinet refused to take steps to remove Trump from power.

"The president's dangerous and seditious acts necessitate his immediate removal from office," they said in a statement Thursday evening, accusing Trump of inciting an "insurrection," as Reuters reported.

However, with less than two weeks left in Trump's term, it was not clear whether enough time remained to complete the impeachment process. Pelosi has not announced a decision, though she made clear at a news conference that rank-and-file Democrats in her caucus wanted action following Wednesday's siege.

If impeached in the House, Trump would theoretically face trial in the Republican-controlled Senate, which is scheduled to be in recess until Jan. 19. Aides to Mitch McConnell, the majority leader, have not said what he would do if the House approved articles of impeachment.

The Democratic-led House impeached Trump in December 2019 for pressuring the president of Ukraine to investigate Biden, but the Republican-held Senate acquitted him in February 2020. Only two other presidents in history have been impeached, and none has ever been impeached twice.

Democrats will control the Senate after sweeping two runoff elections in Georgia on Tuesday, but the new senators, Jon Ossoff and Raphael Warnock, will not be sworn in until the state certifies the results. The state deadline to do so is Jan. 22, though it could come sooner.

In Thursday's video, a flat-toned Trump struck a conciliatory note seldom seen from him during his presidency, calling for "healing." As recently as Thursday morning, however, Trump was still claiming the election had been stolen, and he stopped short of acknowledging his loss.

Pelosi and Schumer called on Pence and Trump's Cabinet to invoke the U.S. Constitution's 25th Amendment, which allows them to strip the president of his powers if he cannot discharge the duties of his office. Pence opposes the idea, according to an adviser. At least two Republicans, Maryland Gov. Larry Hogan and U.S. Representative Adam Kinzinger said Trump must go. The Wall Street Journal editorial page, seen as a leading voice of the Republican establishment, on Thursday evening called on Trump to resign.

Several high-ranking Trump administration officials have resigned in protest over the invasion of the Capitol, including two Cabinet members: Elaine Chao, the transportation secretary and McConnell's wife, and Betsy DeVos, the education secretary.