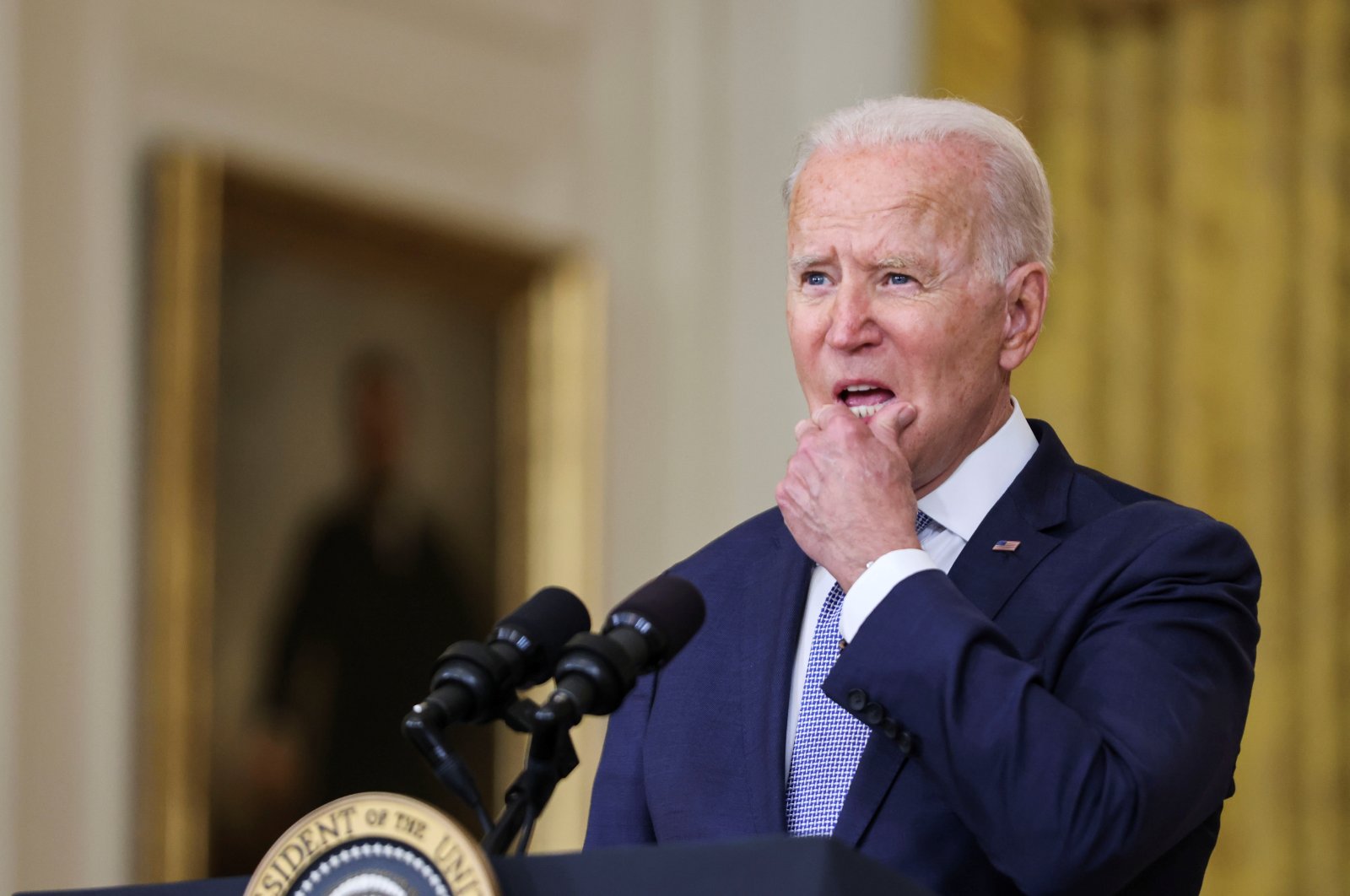 U.S. President Joe Biden had said last month that a takeover of Afghanistan by the Taliban was not inevitable after the troop pullout from the country, despite at the time a worsening security situation that has now paved the way for the militants to move on the capital, Kabul, and has caused the Afghan president to flee.

In a press briefing on July 8, Biden had said that Afghanistan has a well-equipped military that could stand against the militants.

“The Afghan troops have 300,000 well-equipped (soldiers) – as well-equipped as any army in the world – and an air force against something like 75,000 Taliban. It is not inevitable,” Biden told a reporter.

Biden's July remarks on "Taliban takeover of Afghanistan not inevitable" proven wrong only a month later as militants take control over the countryhttps://t.co/VFbnBVdhsipic.twitter.com/fxW9rJPMxY

He had also said that he trusts the capacity of the Afghan military, which he said was better trained, equipped and more competent in terms of conducting war.

However, the Afghan Air Force risks being largely grounded once the coalition leaves. The Afghans’ fleet of fighter jets is serviced by U.S. contractors, who are leaving along with the troops. Afghan officials say the coalition never gave them the training or infrastructure to carry out maintenance themselves.

Bill Roggio, a senior fellow at the Foundation for the Defense of Democracies, said the coalition failed the Afghan government and military by making them over dependent on Western support.

Civilians, fearing that the Taliban could reimpose the kind of brutal rule that all but eliminated women’s rights, rushed to leave the country, lining up at cash machines to withdraw their life savings.

The desperately poor – who had left homes in the countryside for the hoped-for safety in the capital - remained in their thousands in parks and open spaces throughout the city.

In a stunning rout, the Taliban seized nearly all of Afghanistan in just over a week, despite the billions of dollars spent by the U.S. and NATO over nearly two decades to build up Afghan security forces.

Just days earlier, an American military assessment estimated it would be a month before the capital would come under insurgent pressure. Instead, the Taliban swiftly defeated, co-opted or sent Afghan security forces fleeing from wide swaths of the country, even though they had some air support from the U.S. military.

The Taliban said Sunday that police and officials have fled Kabul, presenting a law and order issue. The group ordered the fighters to enter the capital to prevent looting.