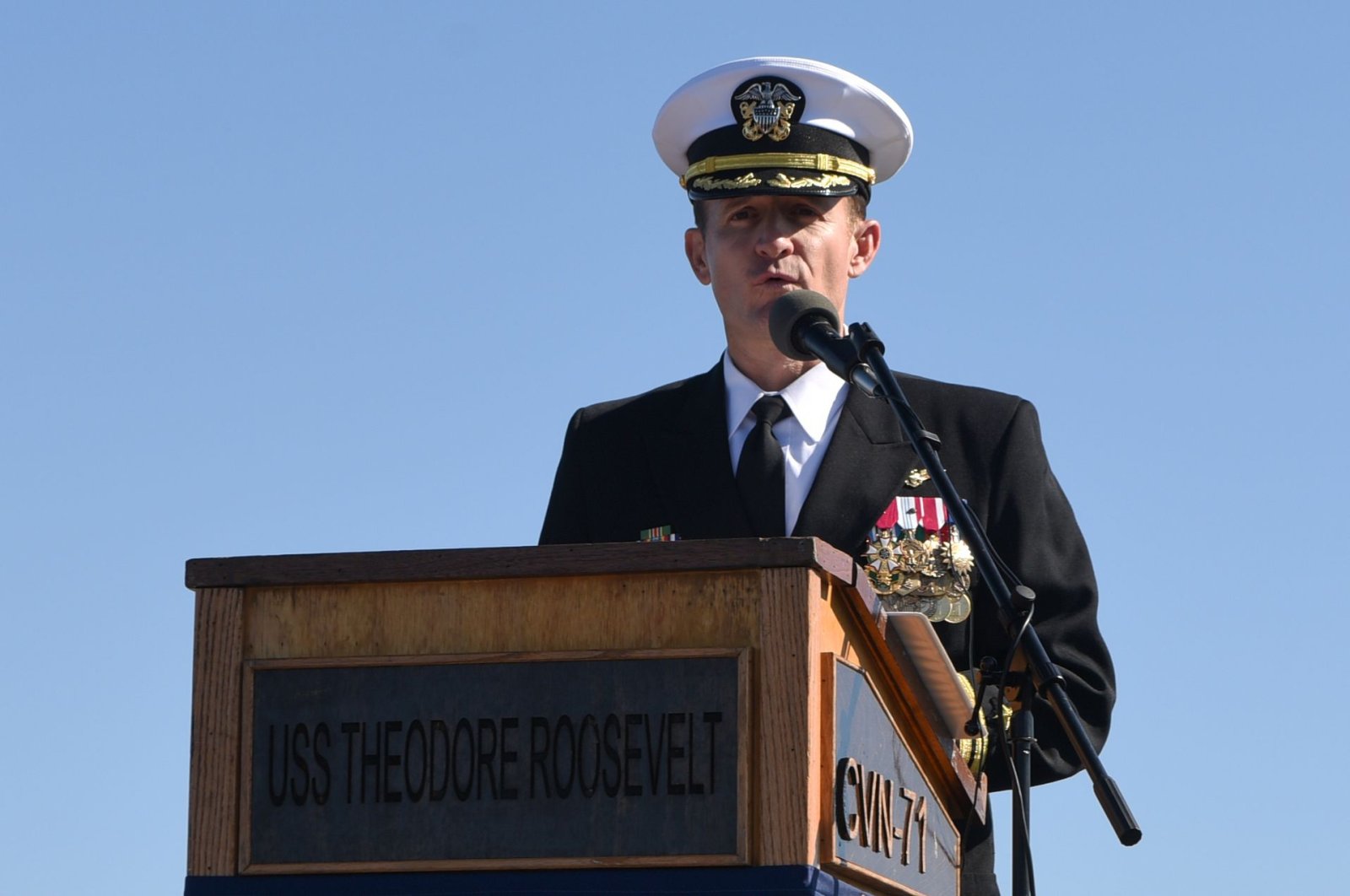 U.S. Defense Secretary Mark Esper on Sunday defended the firing of a naval commander whose plea for help for a coronavirus-affected crew angered his superiors but drew widespread public support. Former Vice President Joe Biden, the leading Democratic candidate for president, sharply condemned the firing, telling ABC it was "close to criminal."

Biden said Crozier should have gotten "a commendation" – not dismissal.

Esper told ABC that Navy Secretary Thomas Modly "made a tough decision, tough call" in deciding to fire Capt. Brett Crozier, commander of the carrier USS Roosevelt, whose plea to the Pentagon to allow him to quickly vacate the ship after it docked in Guam became public.

The firing was widely condemned as a callous and unfair punishment of a respected officer who was looking out for the welfare of his crew.

"We are not at war," Crozier pleaded in a letter to superiors. "Sailors do not need to die."

The video that quickly went viral showed hundreds of sailors cheering Crozier as he left his ship Friday.

Esper declined Sunday to say whether other Pentagon leaders agreed with the firing, pointing to an ongoing investigation.

He told CNN that more than half of the Roosevelt's 4,800-member crew have now been tested for the coronavirus. In all, 155 sailors tested positive, but none required hospitalization.

Crozier's dismissal came as the Pentagon struggles, amid the spread of the pandemic, to maintain the readiness of its air, sea and ground forces worldwide.

'Ahead of the curve'

"We have had to cancel exercises. We've had to constrain basic training, for example," Esper said, before adding, "We think those are all manageable."

Esper pointed to the particular challenges facing the military – it is impossible to respect social distancing in a crowded bomber plane or in the confinement of a nuclear submarine, he told ABC.

He said the military overall was "ahead of the curve" in working both to protect its people and maintain readiness.

The military has also been called to help the fight against the coronavirus inside the U.S.

Trump said Saturday that 1,000 military personnel, mostly doctors and nurses, would be deployed to help in New York City, the epicenter of the U.S. outbreak.

Troops have already been helping out at the Javits Convention Center, which has been transformed into an enormous hospital.