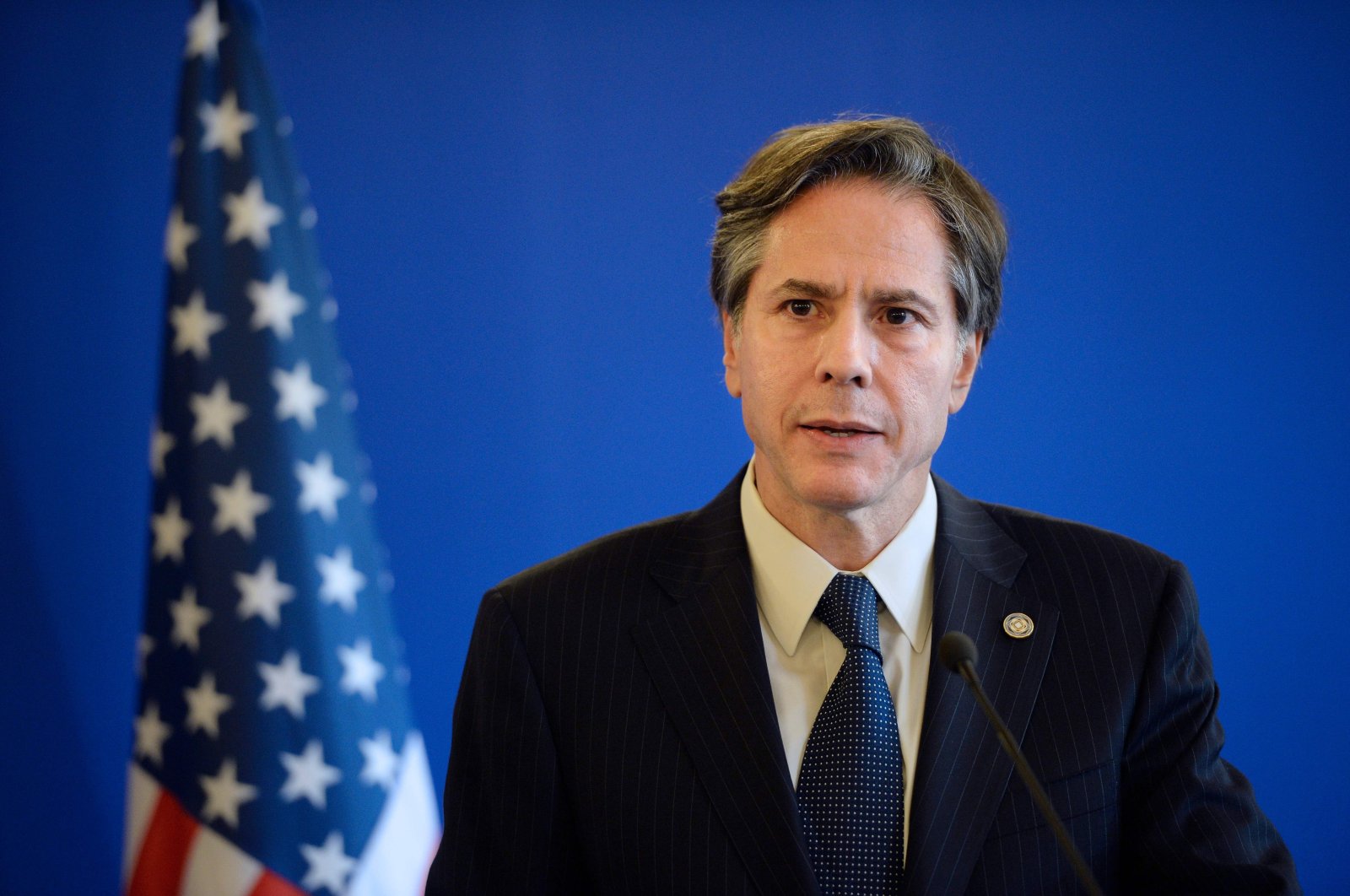 In this file photo former US Deputy Secretary of State Antony J Blinken gives a joint press conference following a meeting with Foreign Affairs member of the anti-Daesh coalition on June 2, 2015 in Paris. (AFP Photo)
by REUTERS Nov 23, 2020 10:17 pm
RECOMMENDED

U.S. President-elect Joe Biden on Monday named the key members of his foreign policy team, tapping trusted aide Antony Blinken to head the State Department and take the lead in rebuilding Washington's relationships in Europe and the rest of the world.

Democrat Biden, who has vowed to undo Republican President Donald Trump's "America First" policies, also named Jake Sullivan as his next national security adviser and Linda Thomas-Greenfield as U.S. ambassador to the United Nations - both with high level government experience.

Biden is assembling an administration and preparing to be sworn in on Jan. 20 to lead a country facing its greatest public health crisis in living memory, even as Trump refuses to concede and is blocking the government from providing the support normally given a president-elect.

If confirmed by the U.S. Senate, Mayorkas would become the first foreign-born leader of the sprawling department that was created in the aftermath of the Sept. 11, 2001, attacks on the United States. Mayorkas served as its deputy secretary in the Obama administration.

And in another sign that his administration will take the problem of climate change seriously, Biden announced that John Kerry, a former U.S. senator and the 2004 Democratic presidential nominee, would become his special envoy for the climate.

Along with Sullivan, he has helped Biden formulate a strategy that will include quick outreach to allies who have often been antagonized by Trump, and to demonstrate a willingness to work together on big global problems like the coronavirus pandemic and its economic fallout.

Biden has vowed to rejoin a nuclear deal with Iran if Tehran restores its compliance, return to the Paris climate accord, abandon plans to leave the World Health Organization and end a U.S. rule that bans funding of aid groups that discuss abortion. Each move would reverse Trump's policies and some could take place quickly after Biden takes office.

Working in his home state of Delaware, Biden is expected to name more Cabinet members later this week.

Biden said last week he had chosen a Treasury secretary, and would announce the person near the Nov. 26 Thanksgiving holiday. Former Federal Reserve chief Janet Yellen is said to be the top candidate.

Trump, meanwhile, has faced repeated defeats in his persistent legal battle to overturn the results in a string of election battleground states and prevent Biden from being sworn in.

Trump's hopes hung by a thread on Monday as Michigan and Pennsylvania looked to push ahead with certifying that Biden was the winner of both states.

The 78-year-old former vice president beat Trump in Michigan by more than 150,000 votes, or almost 3 percentage points, and the election canvassing board is required to validate the count.

A Republican on the board, which is evenly split between the parties, has suggested he favors delaying certification because of technical irregularities that may have affected a few hundred votes in one county. The Trump campaign has suggested without evidence the irregularities point to widespread fraud.

A deadlock would likely force the matter into state appeals courts, where an order would be sought to compel the board to perform its duty. If the members refused, Governor Gretchen Whitmer, a Democrat, has the authority to replace them.

Monday is also the deadline in Pennsylvania for counties to report their certified tallies to Secretary of State Kathy Boockvar, a Democrat. Boockvar likely would then certify the results on behalf of the state in a matter of days. Biden won Pennsylvania by more than 80,000 votes.

Electors in each state will convene as the Electoral College on Dec. 14 to formally select the next president. Biden won 306 electoral votes, 36 over the 270 threshold needed to win.

While most Republicans are either publicly backing Trump's efforts or remaining silent, a growing number are imploring him to concede and assist with the transition to Biden's administration.

Republican Senator Pat Toomey of Pennsylvania told CNBC that the idea of a sitting president pressuring lawmakers to disregard the will of voters by selecting their own group of electors was completely inconsistent with a democratic society.

"I can assure you that I’m not alone in this view among Republican senators," Toomey said.