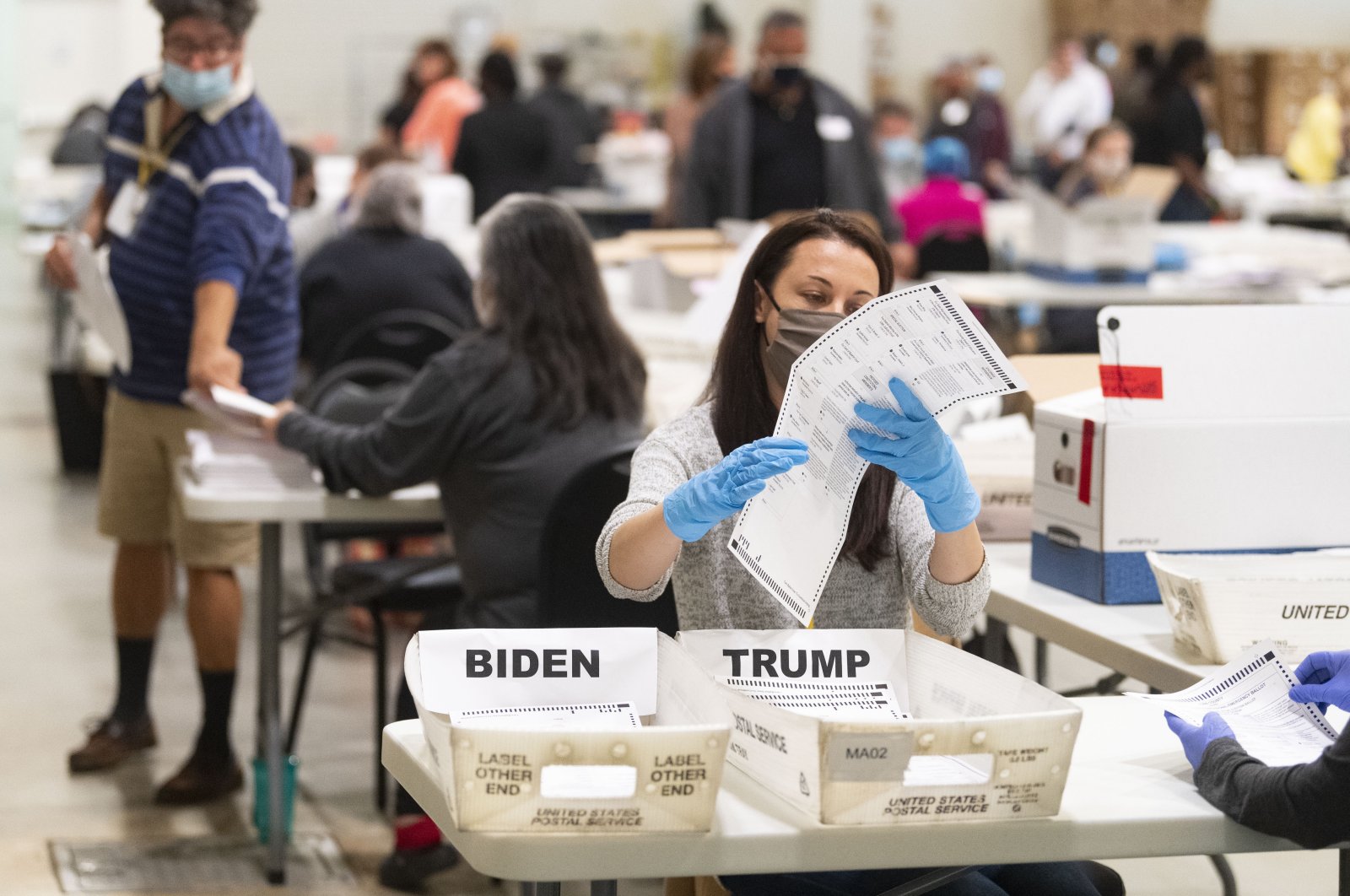 U.S. President-elect Joe Biden accused President Donald Trump of brazenly damaging democracy, as the incumbent's campaign to reverse his election loss through fraud claims was dealt another blow with a recount in Georgia.

Trump was behind "incredibly damaging messages being sent to the rest of the world about how democracy functions," Biden told reporters in his home state of Delaware on Thursday, as reported by Agence France-Presse (AFP). "It's hard to fathom how this man thinks," said Biden. "I'm confident he knows he hasn't won, is not going to be able to win, and we're going to be sworn in Jan. 20."

Trump has refused to accept his loss on Nov. 3, despite his opponent getting over 6 million more votes. Biden won the state-by-state Electoral College votes that ultimately decide who takes the White House by 306 to 232, flipping five states that went to Trump four years ago. That includes Georgia, where a hand recount of its 5 million ballots confirmed Thursday that Biden is the first Democratic presidential candidate to win the southern state in almost three decades. The recount showed Biden won by 12,284 votes, according to figures posted on Georgia Secretary of State Brad Raffensperger's website, slightly fewer than the approximately 14,000 he originally led by. Trump campaign legal advisor Jenna Ellis attacked the outcome and pledged the campaign will "pursue all legal options."

"Like other Republicans. I'm disappointed, our candidate didn't win Georgia's electoral votes," Raffensperger, who called himself a proud Trump supporter, was quoted as saying by Reuters. "I live by the motto that numbers don't lie. As secretary of state, I believe that the numbers that we have presented today are correct."

Trump and his allies are taking increasingly frantic steps to subvert the results of the 2020 election, including summoning state legislators to the White House as part of a long-shot bid to overturn Biden’s victory. Among other last-ditch tactics: personally calling local election officials who are trying to rescind their certification votes in Michigan, suggesting in a legal challenge that Pennsylvania set aside the popular vote there and pressuring county officials in Arizona to delay certifying vote tallies. Election law experts see it as the last, dying gasps of the Trump campaign and say Biden is certain to walk into the Oval Office come January. But there is great concern that Trump's effort is doing real damage to public faith in the integrity of U.S. elections.

On Thursday, Trump had dispatched his lawyer Rudy Giuliani to give a news conference where he read affidavits claiming fraudulent voter activity in multiple states and said the campaign would file a new lawsuit in Georgia. Giuliani, a former mayor of New York, brazenly accused Democrats of being "crooks" trying "to steal an election from the American people."

"It changes the results of the election in Michigan if you take out Wayne County," said Giuliani, who repeatedly wiped the sweat from his brow and at one point had a dark liquid, which may have been hair dye, snaking down the side of his face.

As Giuliani and other Trump lawyers outlined claims that included charges of communist involvement, the president – apparently watching on television – took to Twitter to applaud them for laying out "an open-and-shut case of voter fraud."

Chris Krebs, the top U.S. election security official who was fired by Trump after calling the election the most secure ever, wrote on Twitter that the news conference was "the most dangerous 1hr 45 minutes of television in American history" and "possibly the craziest."