Big turnout, few hiccups in US elections as voters decide between Trump, Biden 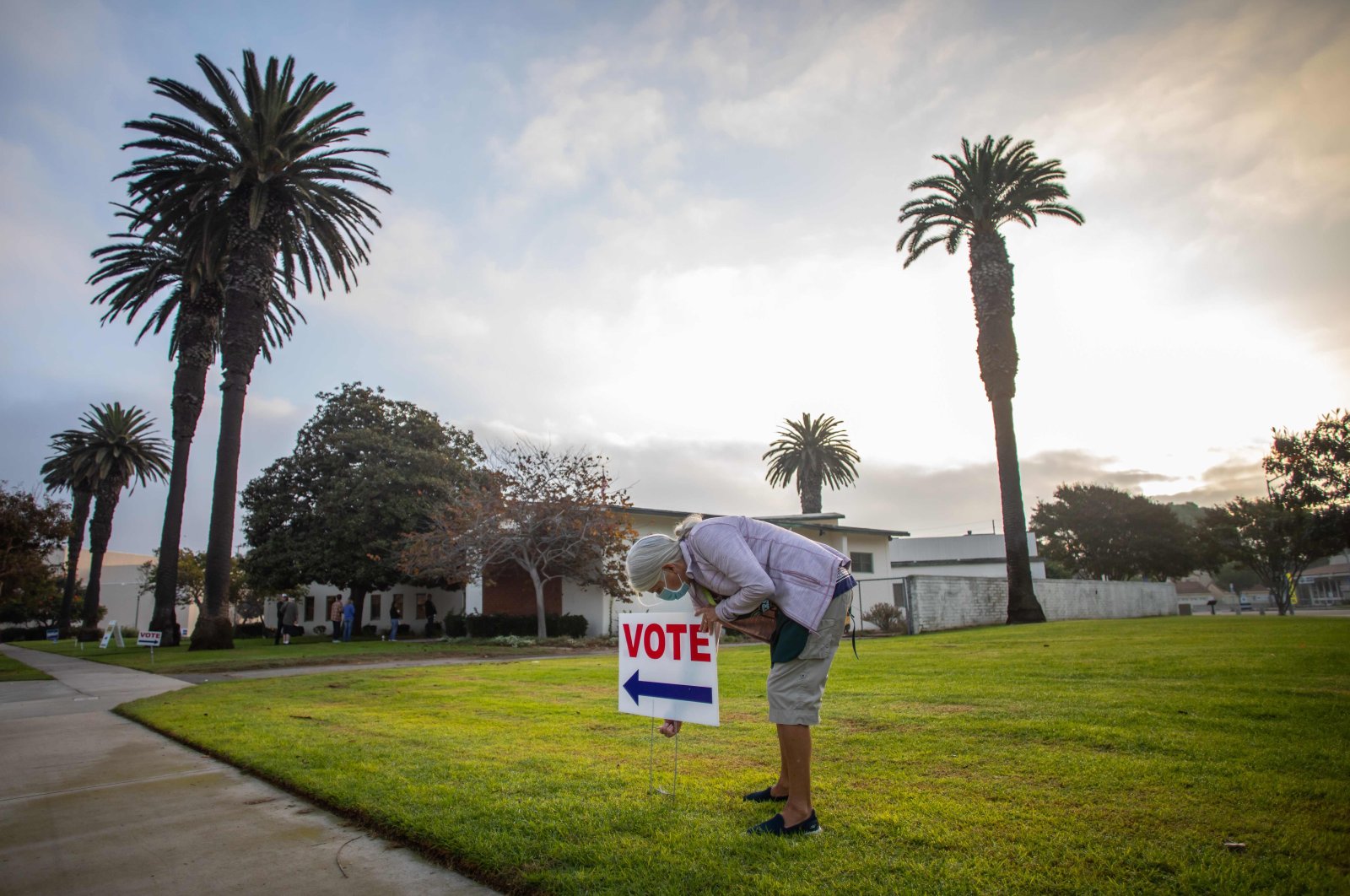 Millions of voters braved coronavirus concerns and occasional long lines Tuesday to choose between President Donald Trump and Democratic challenger Joe Biden in an epic election that will influence how the U.S. confronts everything from the pandemic to race relations for years to come.

Those who turned out in person joined 102 million fellow Americans who voted days or weeks earlier, a record number that represented 73% of the total vote in the 2016 presidential election.

Spirits were high — and positive — in many polling places after a long, exceptionally divisive campaign.

“The most important issue is for us to set aside our personal differences that we have with each other,” said Eboni Price, 29, who rode her horse Moon to her polling place in a northwest Houston neighborhood.

Biden entered Election Day with multiple paths to victory, while Trump, playing catch-up in a number of battleground states, had a narrower but still feasible road to clinch 270 Electoral College votes. Control of the Senate was at stake, too: Democrats needed to net three seats if Biden captured the White House to gain control of all of Washington for the first time in a decade. The House was expected to remain under Democratic control.

With the worst public health crisis in a century still fiercely present, the pandemic — and Trump’s handling of it — was the inescapable focus for 2020.

The president began his day on an upbeat note, predicting that he’d do even better than in 2016. But during a midday visit to his campaign headquarters, he spoke in a gravelly, subdued tone.

“Winning is easy,” Trump told reporters. “Losing is never easy, not for me it’s not.”

Trump left open the possibility of addressing the nation Tuesday night, even if a winner hadn't been determined. Biden had scheduled a nighttime speech from his Delaware hometown but, hours before slated to deliver it, he turned noncommittal, saying, "If there’s something to talk about tonight, I’ll talk about it. If not, I’ll wait till the votes are counted the next day.”

“I’m superstitious about predicting what an outcome’s gonna be until it happens...but I’m hopeful," said Biden, who earlier had made a last pitch in the critical state of Pennsylvania. “It’s just so uncertain ... you can’t think of an election in the recent past where so many states were up for grabs.”

The momentum from early voting carried into Election Day, as an energized electorate produced long lines at polling sites throughout the country. Voters braved worries of the coronavirus, threats of polling place intimidation and expectations of long lines caused by changes to voting systems, but appeared undeterred as turnout appeared it would easily surpass the 139 million ballots cast four years ago.

The record-setting early vote — and legal skirmishing over how it would be counted — drew unsupported allegations of fraud from Trump, who had repeatedly refused to guarantee he would honor the election’s result.

Biden visited his childhood home and church in Scranton on Tuesday as part of a get-out-the-vote effort before awaiting election results in his longtime hometown of Wilmington, Delaware. His running mate, Sen. Kamala Harris, was visiting Detroit, a heavily Black city in battleground Michigan.

Biden and his wife, Jill, also stopped at St. Joseph’s on the Brandywine in Wilmington, Delaware, with two of his grandchildren in tow. Then they walked to his late son Beau Biden’s grave in the church cemetery. Beau, a former Delaware attorney general, died of brain cancer in 2015 and had encouraged the former vice president to make another White House run.

Trump called in to “Fox & Friends,” where he predicted he would win by a larger electoral margin than he did in 2016, when he tallied 306 electoral votes to Democrat Hillary Clinton’s 232. He invited hundreds of supporters to an election night party in the East Room of the White House.

The first polls close at 6 p.m. Eastern time in swaths of Indiana and Kentucky, followed by a steady stream of closings every 30 minutes to an hour throughout the evening. The last polls in Alaska were shutting down at 1 a.m. Eastern time on Wednesday.

The hard-fought campaign left voters on both sides eager to move on, although the result might not be known for days.

“I believe there’s a lot of division and separation,” said Kelvin Hardnett, who was among more than two dozen voters who lined up more than an hour before the polling site at the Cobb County Civic Center outside Atlanta opened on Tuesday. “And I believe that once we get past the names and the titles and the personal agendas, then you know, we can focus on some real issues.”

A new fence was erected around the White House. And in downtowns ranging from New York to Denver to Minneapolis, workers boarded up businesses lest the vote lead to unrest of the sort that broke out earlier this year amid protests over racial inequality.

Just a short walk from the White House, for block after block, stores had their windows and doors covered. Some kept just a front door open, hoping to attract a little business.

Both candidates voted early, and first lady Melania Trump cast her ballot Tuesday near Mar-a-Lago, the couple’s estate in Palm Beach, Florida. Mrs. Trump, who recently recovered from COVID-19, was the only one not wearing a mask as she entered the polling site. Her spokeswoman, Stephanie Grisham, said the first lady was the only person at the polling site besides poll workers and her staff — all of whom were tested.

Whoever wins will have to deal with an anxious nation, reeling from a once-in-a-century heath crisis that has closed schools and businesses and that is worsening as the weather turns cold.

The campaign has largely been a referendum on Trump’s handling of the virus. Trump has long insisted the nation is “rounding the turn” on the virus. But Dr. Deborah Birx, the coordinator of the White House coronavirus task force, broke with the president and joined a chorus of Trump administration scientists sounding the alarm about the current spike in infections.

“We are entering the most concerning and most deadly phase of this pandemic,” Birx wrote in a memo distributed to top administration officials. She added that the nation was not implementing “balanced” measures needed to slow the spread of the virus.

In Virginia Beach, the choice was Biden for 54-year-old Gabriella Cochrane, who said she thought the former vice president would “surround himself with the brightest and the best” to fight the pandemic.

In Concord, New Hampshire, 70-year-old Linda Eastman said she was giving her vote to Trump, saying, “Maybe he wasn’t perfect with the coronavirus, but I think he did the best that he could with what he had.”