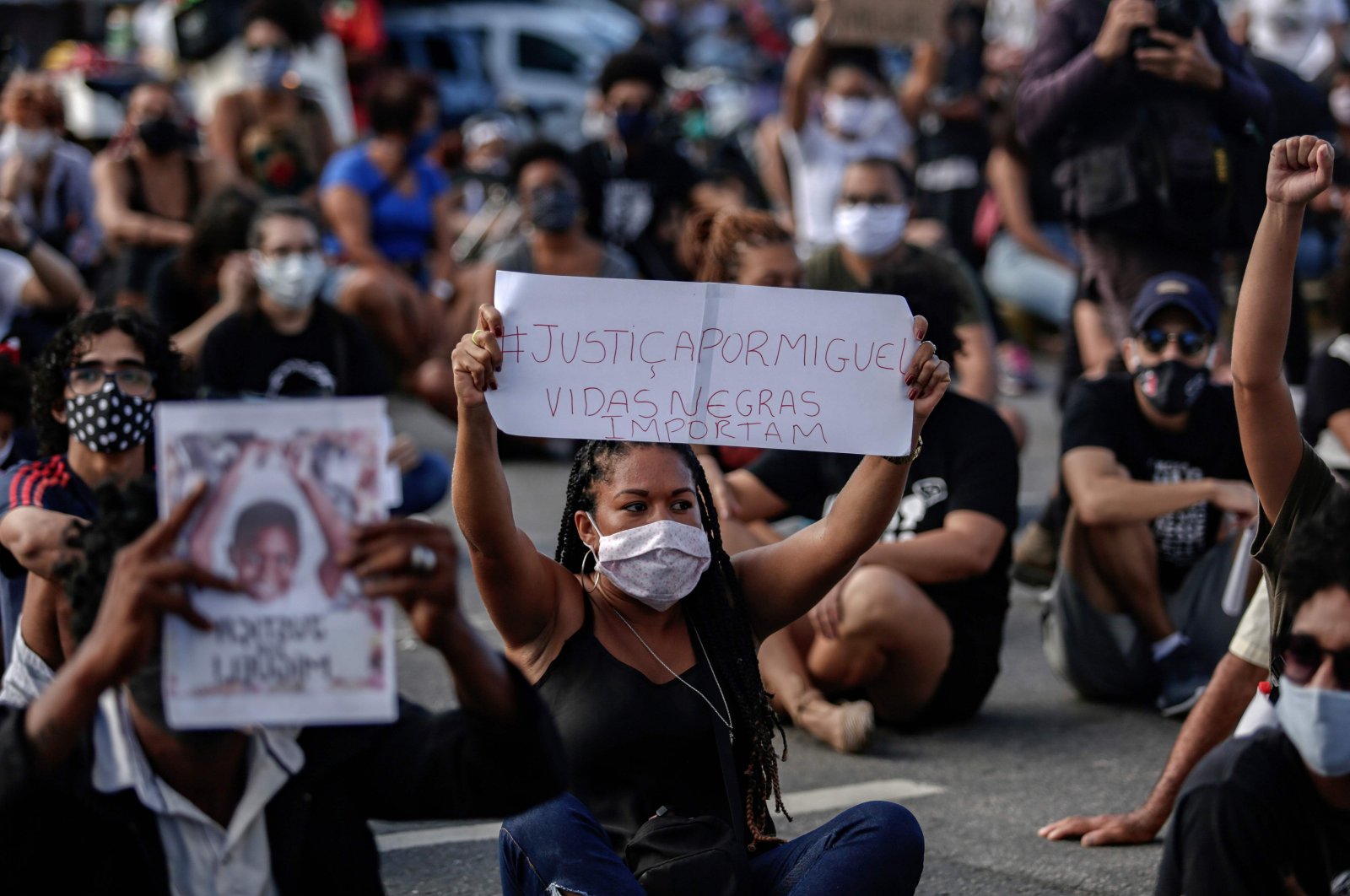 A woman holds a sign reading "Justice for Miguel. Black Lives Matter" during a demonstration in demand of justice for the death of five-year-old Miguel da Silva, the son of a black maid who on June 2 fell from the ninth floor of a building while under the watch of his mother's white employer, in Recife, Pernambuco State, in northeastern Brazil, on June 5, 2020. (AFP Photo)
by French Press Agency - AFP Jun 06, 2020 9:05 am
RECOMMENDED

Hundreds of Brazilians marched Friday over the death of a black boy whose mother, a maid, had entrusted him to her white employer, in an echo of the protests racking the United States.

Five-year-old Miguel da Silva died Tuesday when he fell from the ninth story of the highrise where his mother worked in the city of Recife.

She had left him in the care of the white woman she worked for while she took the family dog for a walk.

Security camera footage played on Brazilian TV shows the white employer interacting with the boy as he stands inside the service elevator, then pushing the button for the top floor and leaving him inside alone.

Media reports said after exiting the elevator the boy climbed through a window, up a balcony railing and fell to his death.

The case triggered a Brazilian take on the protests sweeping the United States over racism and police brutality.

"It's important to be at this protest because Miguel's life represents the reality of lots of other black kids, the children of domestic workers. He could have been any one of us," said protester Nathalia Ferreira.

Wearing face masks against the coronavirus pandemic and T-shirts with the boy's picture, the protesters marched from the court of justice to the building where he died.

"We are worried this crime will be taken lightly and left unpunished. It is important that justice be done," said Monica Oliveira of the Pernambuco Black Women's Network.

As in the United States, race relations are fraught in Brazil, the last country in the Americas to abolish slavery.

Blacks make up 56% of Brazil's population, but earn about half as much as whites on average, have a lower life expectancy and according to activists face deeply ingrained discrimination.