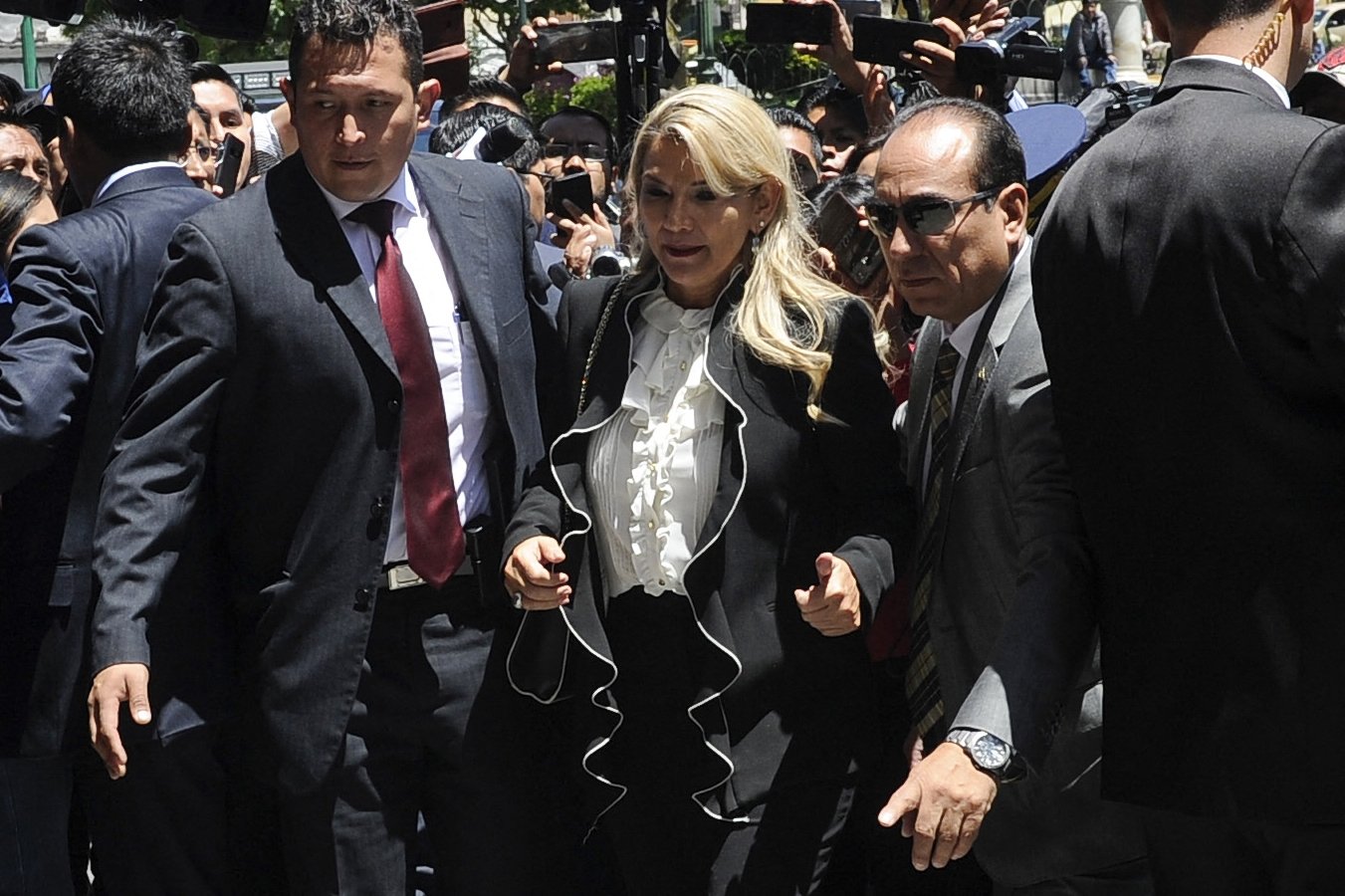 Bolivian conservative former President Jeanine Anez said on Friday that the leftist government had issued an arrest warrant for her and members of her interim administration that took over after the resignation of Evo Morales in 2019.

In a Twitter post, Anez shared a link to the warrant, which included her name and many of her former Cabinet and cited allegations of terrorism and sedition.

"The political persecution has begun," Anez said in her post. "The MAS has decided to return to the styles of the dictatorship. A shame because Bolivia does not need dictators, it needs freedom and solutions."

Leftist Morales still plays a leading role in the MAS. His supporters claimed he was ousted in a coup.

Bolivian prosecutors are also seeking to arrest two former commanders accused by the current government of involvement in the purported coup against Morales, when protests against him led to his resignation.

Morales angered many when he ran for an unprecedented fourth term, defying term limits. The election, which he won, was dogged by allegations of fraud, including from the Organization of American States (OAS).

Amid fierce protests, the military had publicly called on Morales to step down and he eventually resigned, fleeing to Mexico and then Argentina.

"It was not a coup, it was constitutional succession due to electoral fraud," Anez wrote on Twitter earlier on Friday.

Morales took political asylum in Mexico and then Argentina after he was forced to resign in 2019 flowing an election that showed him winning a third term.

Conservative right-wing Senator Anez then proclaimed herself as interim president.