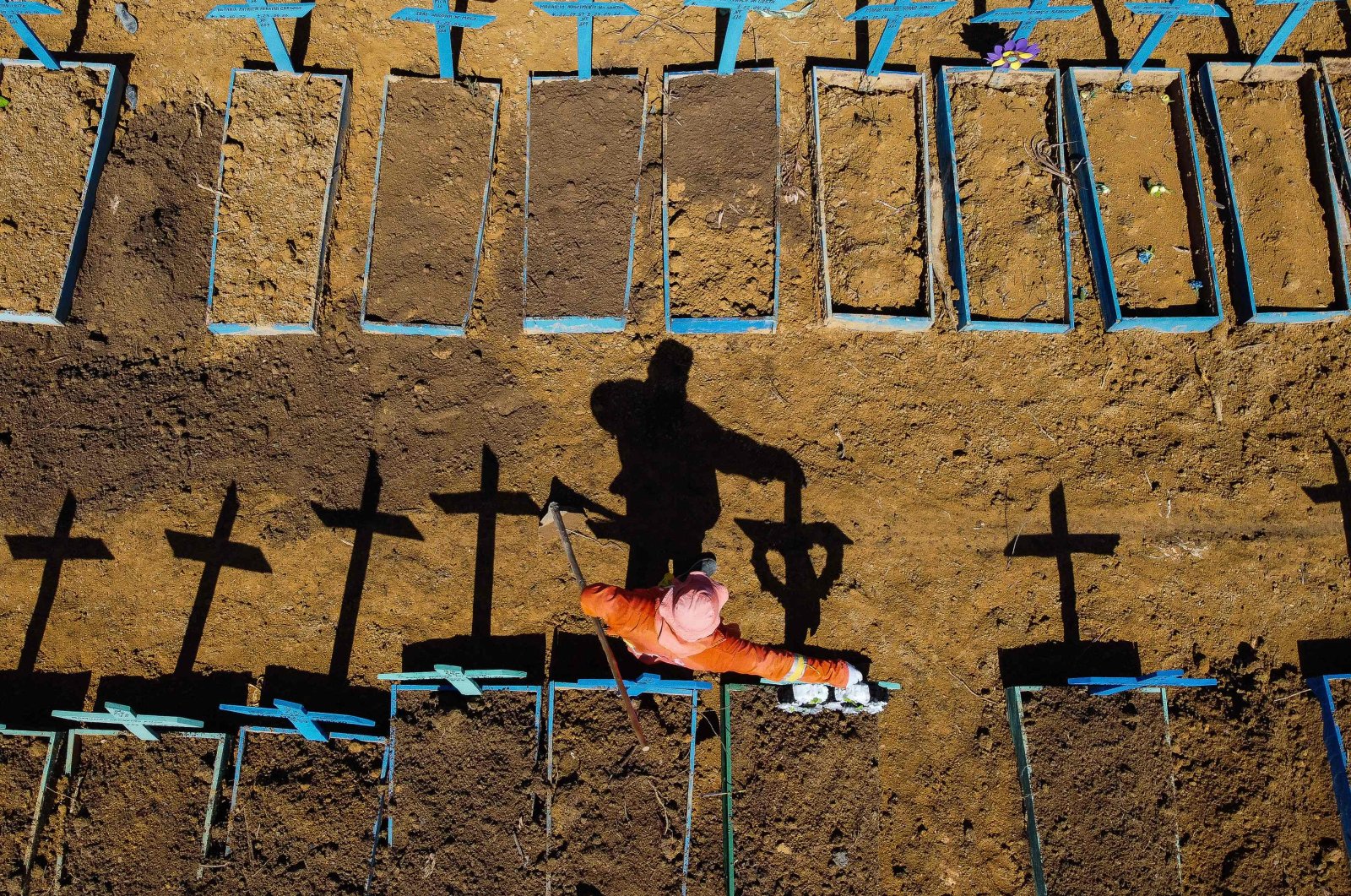 Brazil has reported another 1,349 COVID-19 deaths, the largest 24-hour increase to the country's coronavirus death toll since its outbreak began.

Brazil has reported about 32,500 deaths from the virus so far, the fourth most of any country in the world, trailing just behind Italy. Experts believe the actual death toll is significantly higher but hasn't registered due to insufficient testing.

Pazuello had no health experience prior to joining the ministry in April. One of his predecessors resigned and another was fired after disagreements with Bolsonaro over proper pandemic response measures.