Brazilian police break up 'militia' of radical supporters of Bolsonaro 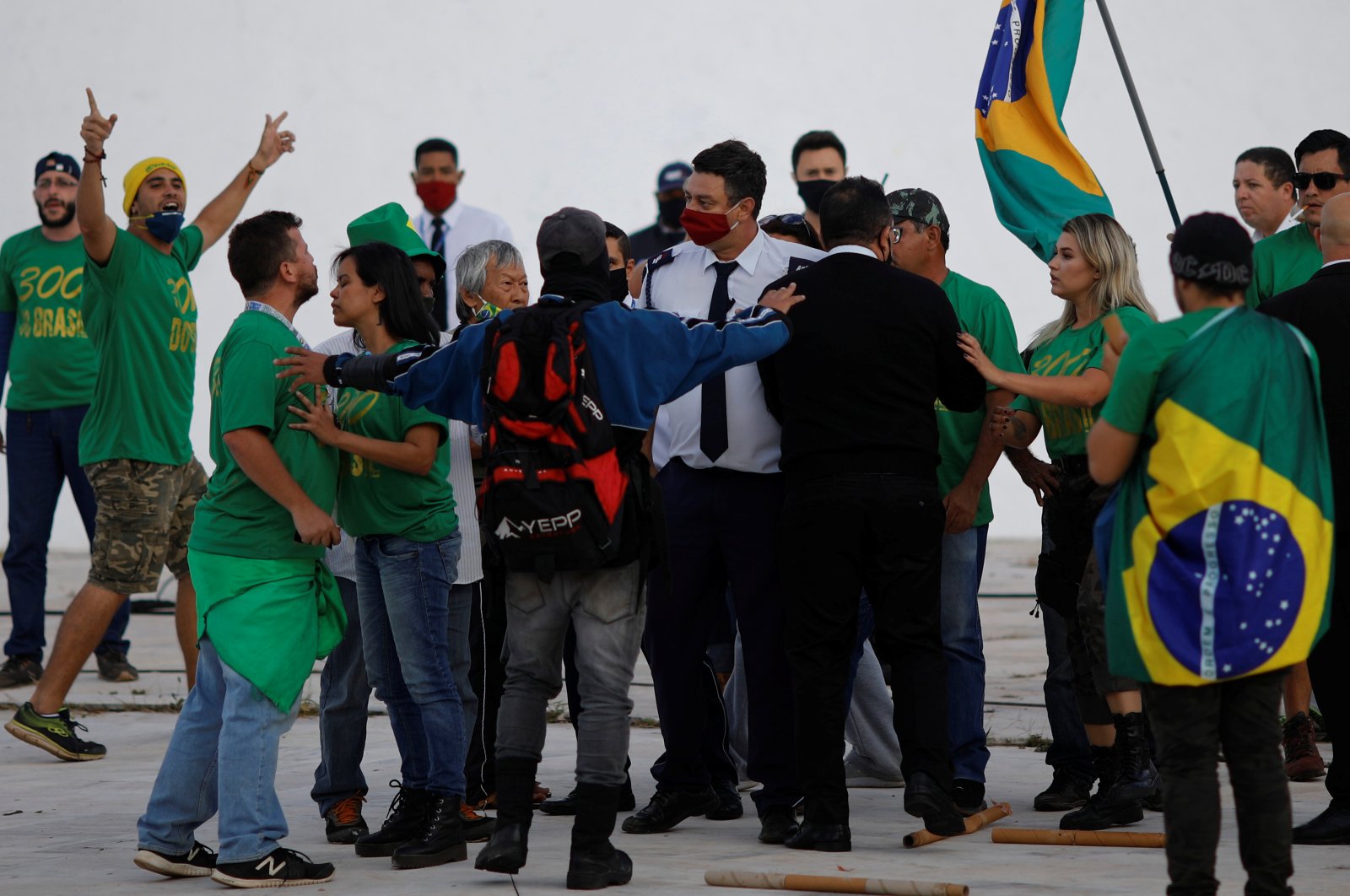 An officer used pepper spray on the group, known as "300 do Brasil" (300 from Brazil) who had been camping out on the esplanade between ministries, video footage from local media showed.

About 20 people from the group broke through a barrier around the congress building and attempted to storm it, but were stopped by security, according to right-wing activist and group leader Sara Winter.

Winter took to Twitter to call for a reaction from Bolsonaro.

The attorney general's office classifies the group as an armed militia. They had set up camp more than a month ago.

In an interview with BBC Brazil, Winter said that men in the right-wing group, which is staunchly pro-Bolsonaro, were armed.

Two weeks ago, the "300 do Brasil" marched with torches and white masks in front of the Supreme Court, which is investigating a suspected network accused of spreading fake news to benefit the far-right government. Winter is alleged to be part of the scheme.