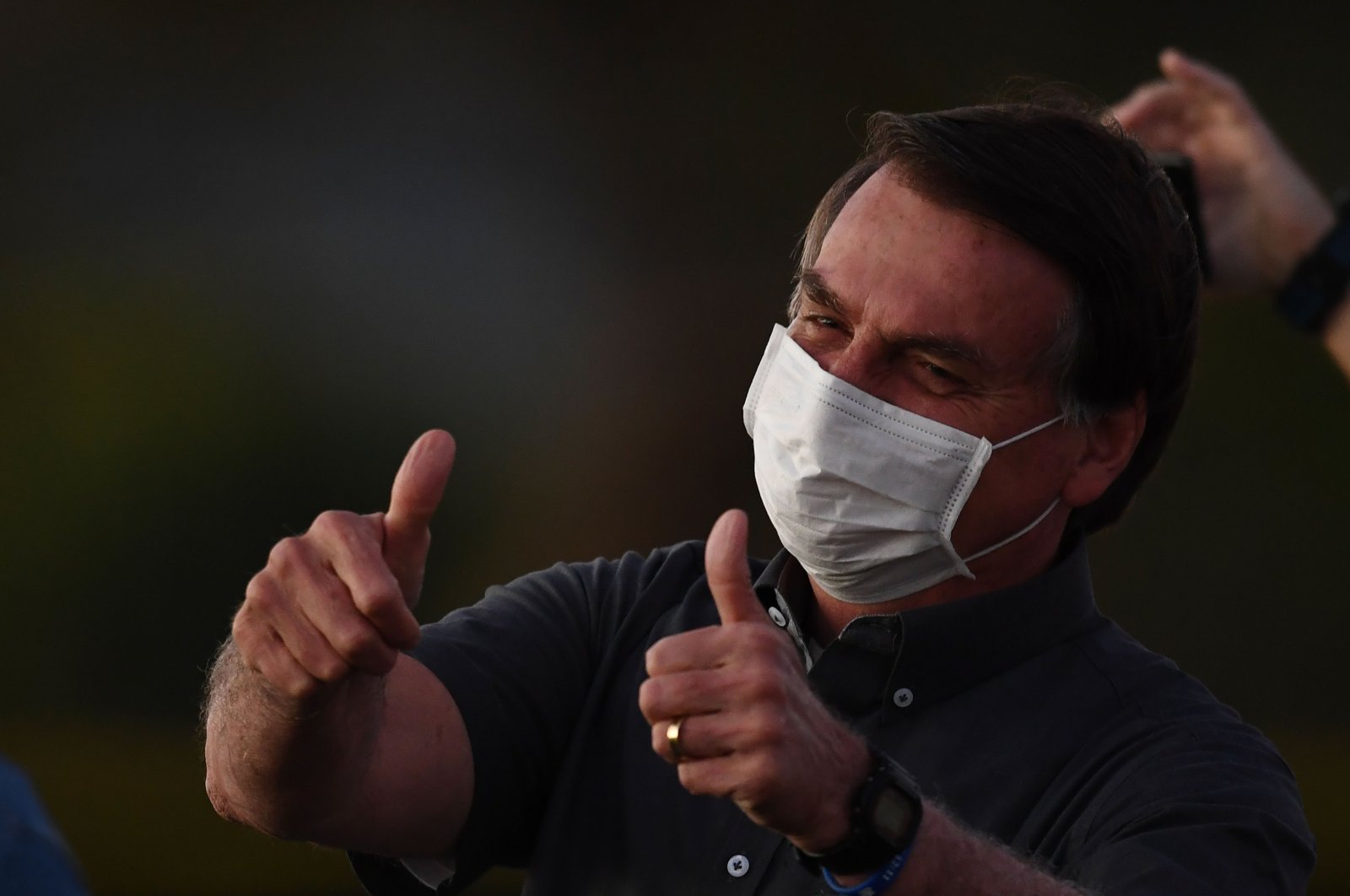 Brazilian President Jair Bolsonaro gives the thumbs up to supporters from the Alvorada Palace in Brasilia, July 20, 2020. (AFP Photo)
by Compiled from Wire Services Jul 22, 2020 1:59 pm

Brazilian President Jair Bolsonaro has received another positive result for the novel coronavirus in the third test he has taken since falling ill on July 7, a secretariat of the Communications Ministry said Wednesday.

"The test carried out on the president yesterday, on the 21st, showed a positive result," a statement said. "President Bolsonaro is still in good condition, accompanied by the presidency's medical team," it added.

The positive test Tuesday came after a follow-up check on July 15.

The World Health Organization says the median time from onset to clinical recovery for mild cases is approximately two weeks.

The government says Bolsonaro will keep holding videoconferences instead of face-to-face meetings and that he had to cancel a trip to northeastern Brazil. At least four members of Bolsonaro’s Cabinet have been diagnosed with the coronavirus.

Bolsonaro repeatedly dismissed the disease as a "little flu” and often mingled in crowds, sometimes without wearing a mask. He is treating his COVID-19 with the anti-malaria drug hydroxychloroquine, although it has not been proven effective against the virus and can be dangerous for some people.

Brazil’s government says the country has recorded more than 2 million confirmed cases of the coronavirus and more than 81,000 deaths. That’s second only to the United States in both categories, according to a tally by Johns Hopkins University.