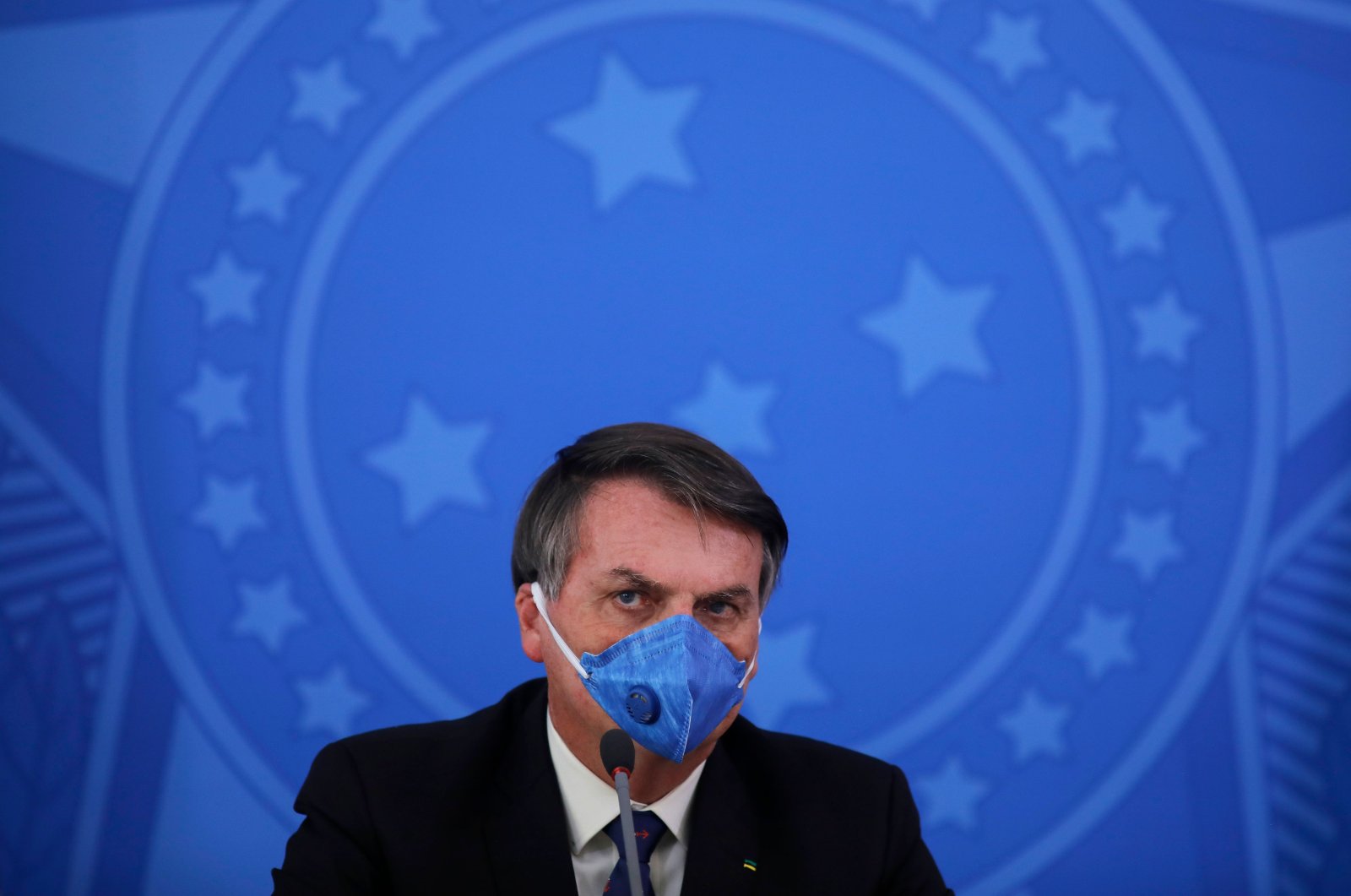 Bolsonaro cleared his public agenda earlier on the same day as he awaited the result of a coronavirus test, with his office saying the far-right leader who has dismissed the virus as a "little flu" was in good health.

"I came from the hospital," Bolsonaro told supporters after stepping out of his car on Monday evening in comments broadcast by a pro-government YouTube channel.

The populist leader has repeatedly defied local guidelines to wear a mask in public, even after a judge ordered him to do so in late June.

Brazil has the world's second-largest outbreak behind the United States. More than 65,000 people have been killed by COVID-19 in Latin America's largest country.

Over the weekend, Bolsonaro attended several events and was in close contact with the U.S. ambassador to Brazil during July 4 celebrations. Pictures of the event showed neither wearing a mask.

The U.S. embassy in Brasilia said via Twitter that Todd Chapman, the ambassador, had lunch on July 4 with Bolsonaro, five ministers and Bolsonaro's son, Eduardo, who is a federal congressman.

The ambassador had no symptoms, but would undergo testing and is "taking precautions," the embassy said.