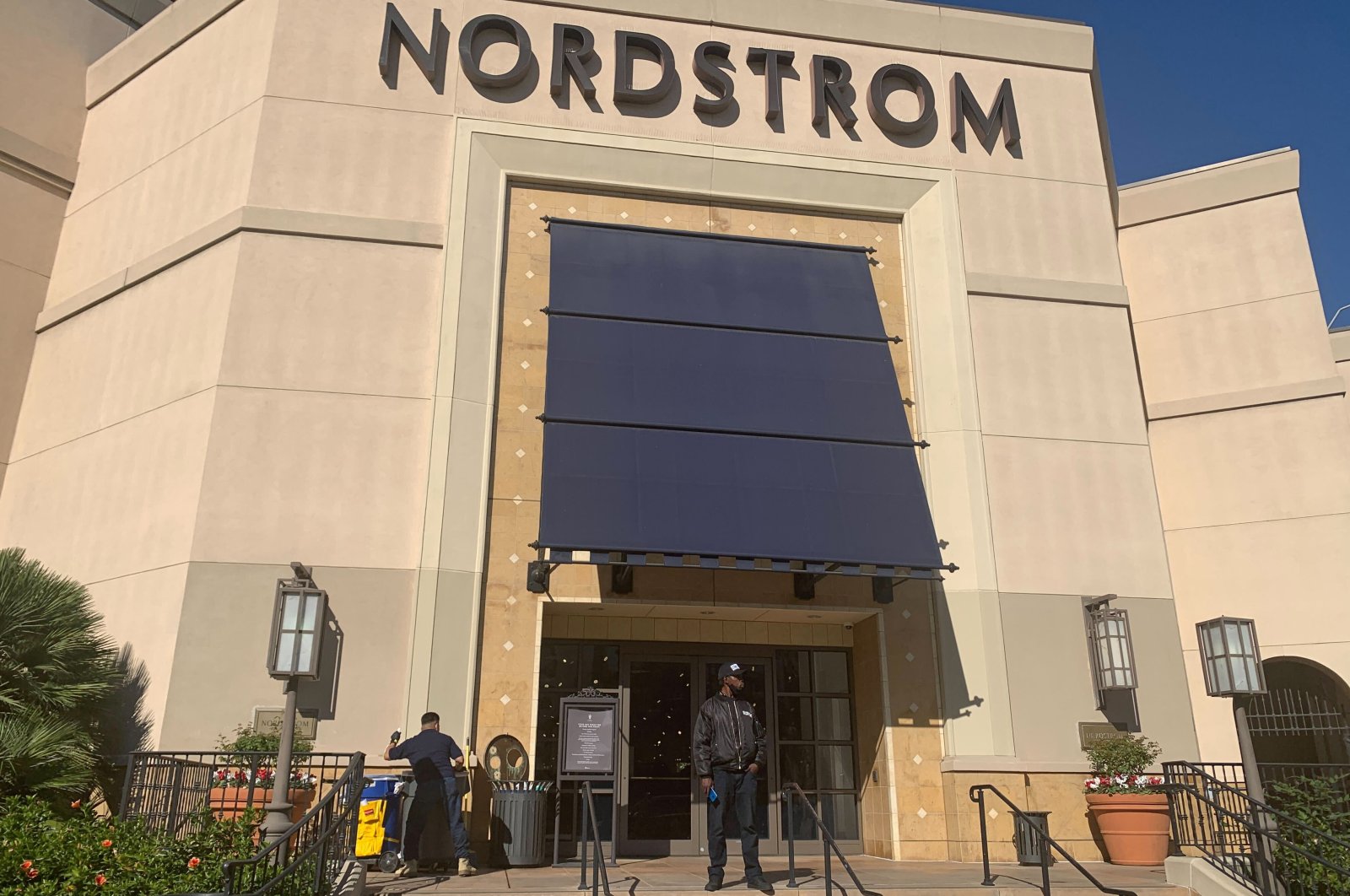 A recent hike in flash mob thefts in California decried by police and retailers recently claimed the life of a security guard of a news crew covering a similar incident in Oakland.

"We are devastated by the loss of security guard and our friend, Kevin Nishita. Our deepest sympathy goes to Kevin’s wife, his children, his family, and to all his friends and colleagues,” KRON-TV's vice president and general manager, Jim Rose, said in a statement issued Saturday.

The former police officer was an armed guard for Star Protection Agency and provided security for many reporters in the region. He was shot in the abdomen during an attempted robbery of Bay network KRON-TV's camera equipment near downtown Oakland on Wednesday, police said.

The news crew was covering a recent robbery where a group of thieves broke in and stole from a clothing store. A reward of $32,500 is being offered for information that leads to an arrest in Nishita's killing.

"This senseless loss of life is due to yet another violent criminal act in the Bay Area. We hope that offering a reward will help lead to the arrest of those responsible so they can face justice for this terrible tragedy,” Rose said.

The region has been struck by organized retail thefts in which bands of thieves, some carrying crowbars and hammers, break into high-end stores and snatch merchandise ahead of pre-Christmas and Thanksgiving online sale frenzy

The thefts are believed to be part of sophisticated criminal networks that recruit people to steal merchandise in stores throughout the country and then sell it online. Experts and law enforcement officials say the thefts are ratcheting up as the holiday shopping season gets underway.

Similar thefts were reported in Los Angeles and Beverly Hills. At least eight thieves stormed a Home Depot store in Lakewood on Black Friday and grabbed hammers, crowbars and sledgehammers in the tool section before dashing off in a getaway vehicle, the Los Angeles County Sheriff’s Department said.

Four people who may have participated in the Home Depot theft were later arrested in Beverly Hills after officers stopped two cars that were part of a caravan of vehicles driving around the city's business district, police Lt. Giovanni Trejo said. A bystander called police after seeing that some of the vehicles did not display license plates, he said.

On Wednesday night, a security guard was attacked with bear spray as several people entered the Nordstrom store at the Westfield Topanga & the Village shopping center in Canoga Park, grabbed merchandise and ran out, according to the Los Angeles Police Department. Police are investigating a similar incident the same night in which groups struck several stores in the Beverly Center in the Beverly Grove neighborhood

The thefts came two days after an organized group broke into a Nordstrom at the Grove shopping center by smashing a window and stole thousands of dollars’ worth of merchandise, police said.

Last Friday, a mass smash-and-grab hit luxury stores in Union Square in San Francisco, police said. And the next night, at a Nordstrom in Walnut Creek in the East Bay, some 80 people jumped out of a pack of cars just before closing time and swarmed the store’s aisles, many escaping with merchandise. Two employees were assaulted, one of them with pepper spray.

Then, shortly after midnight last Sunday, suspects used a sledgehammer to smash storefront windows at a Louis Vuitton and a Saks Fifth Avenue in Beverly Hills, police said, but patrol cars arrived to scare the thieves off before they could get inside.

Near Chicago, also hit by a series of similar thefts, a gang of 14 crooks swept into a Louis Vuitton store in the Oak Brook suburb, snatching more than $100,000 worth of luxury bags and garments. It was the third such attack on a Chicago-area Vuitton outlet in a month.

Retailers around the country are taking notice and precautions against possible copycat hits as the sheer size of the robbery gangs and their ability to plan secretly have made them nearly impossible to halt.

Flash mob thefts, also dubbed "flash robs," have been around for years, but have accelerated in 2021, besetting owners of small pharmacies, mid-level chain clothing stores and top-end luxury goods alike.

But the sheer size and speed of the Nordstrom attack in Walnut Creek stunned many. "I wouldn't even characterize that as organized crime, that was domestic terrorism," Rachel Michelin, president of the California Retailers Association told Fox40 television in Sacramento.

Jeffrey Ian Ross, a criminologist at the University of Baltimore, said there is nothing indicating that overall retail theft in the country has risen significantly. But he said the spread of video footage of the heists on news and social media may have inspired others to copy them.

Ross said that police, already burdened by rising murder cases and other violent crime, "just can't keep up" with the volume of stolen goods and the people who resell them.

What remained unclear are the ties if any between the multiple group thefts in the San Francisco area, how the participants communicate and coordinate, and how any organized fencing operation might work.

Only three people have been confirmed arrested in the Walnut Creek robbery, out of the estimated 80-plus people who took part.

Michelin, though, said that California could need tougher laws against this kind of crime, where social media appears to be used to coordinate the culprits.

"We're going to have those uncomfortable conversations and have a look at some of the laws on the books," she told Fox40. "Obviously they aren't working."