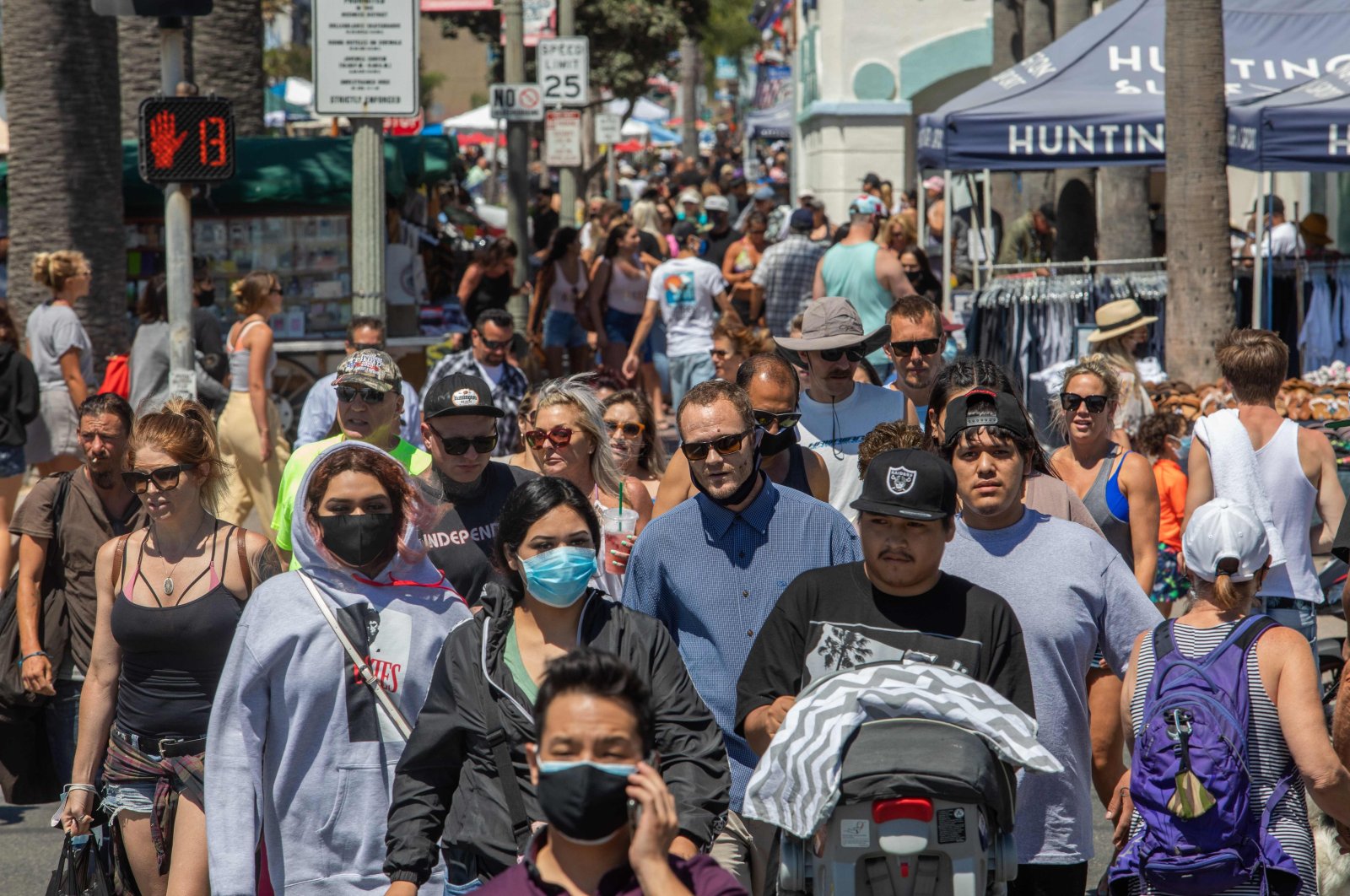 The United States has again recorded more than 1,000 COVID-19 deaths in a single day, with California overtaking New York, becoming the U.S. state with the most confirmed coronavirus cases.

California’s confirmed coronavirus cases have topped 409,000 on Wednesday, surpassing New York for most in the country. Johns Hopkins University data showed Wednesday that California now has about 1,200 more cases than New York. However, New York's 72,302 deaths are by far the highest total in the country and nine times more than California's tally, and its rate of confirmed infections of about 2,100 per 100,000 people is twice California's rate. California is by far the most populous U.S. state, at nearly 40 million people, while New York has about 19.5 million.

“We’re doing all we can to make sure that we control the rate of spread, despite crossing 400,000 cases in California,” state Health and Human Services Secretary Dr. Mark Ghaly said Tuesday. “In the end, I really expect and hope California is going to be the state that adapted the most, learned the most and prepared the best.”

With approximately 4 million cases and more than 140,000 deaths, U.S. authorities are struggling to contain the surge, and President Donald Trump has been criticized for his response to the crisis. Trump recently shifted his tone. He had been previously been reluctant to wear a mask himself but this week encouraged Americans to wear masks and recently appeared in public for the first time with a face covering.

The U.S. has not seen back-to-back days with over 1,100 lives lost since late May. Weeks after cases began to surge, 23 states are now seeing fatalities also rise, according to a Reuters analysis of deaths for the past two weeks compared with the prior two weeks. Deaths rose by 1,101 on Wednesday to a total of over 143,000 after climbing 1,141 on Tuesday.

The Centers for Disease Control and Prevention (CDC)study says true COVID-19 rates were more than 10 times higher than reported cases in most U.S. regions from late March to early May. It is based on COVID-19 antibody tests performed on routine blood samples in 16,000 people in 10 U.S. regions.

Elsewhere in the world, China reported 22 new coronavirus cases in the mainland for July 22, up from 14 cases a day earlier, the health commission said on Thursday. Of the new infections, 18 were in the far western region of Xinjiang and one was in Dalian city in the northeastern Liaoning province, according to a statement by the National Health Commission. The other three were imported cases.

India has recorded 685 virus deaths in the past 24 hours, as well as 444 previously unreported fatalities, bringing the nationwide death toll from the pandemic to 29,861. India has recorded the third most virus cases in the world after the U.S. and Brazil. The Health Ministry on Thursday also reported a new record surge of 45,720 new coronavirus cases, taking the total tally of infections to 1,238,635. Many states in India have started reimposing lockdowns as health authorities struggle to trace transmissions. Late Wednesday, the Himalayan region of Kashmir announced a five-day complete lockdown in areas that have been categorized as red zones. A two-day complete lockdown also started Thursday in West Bengal state.