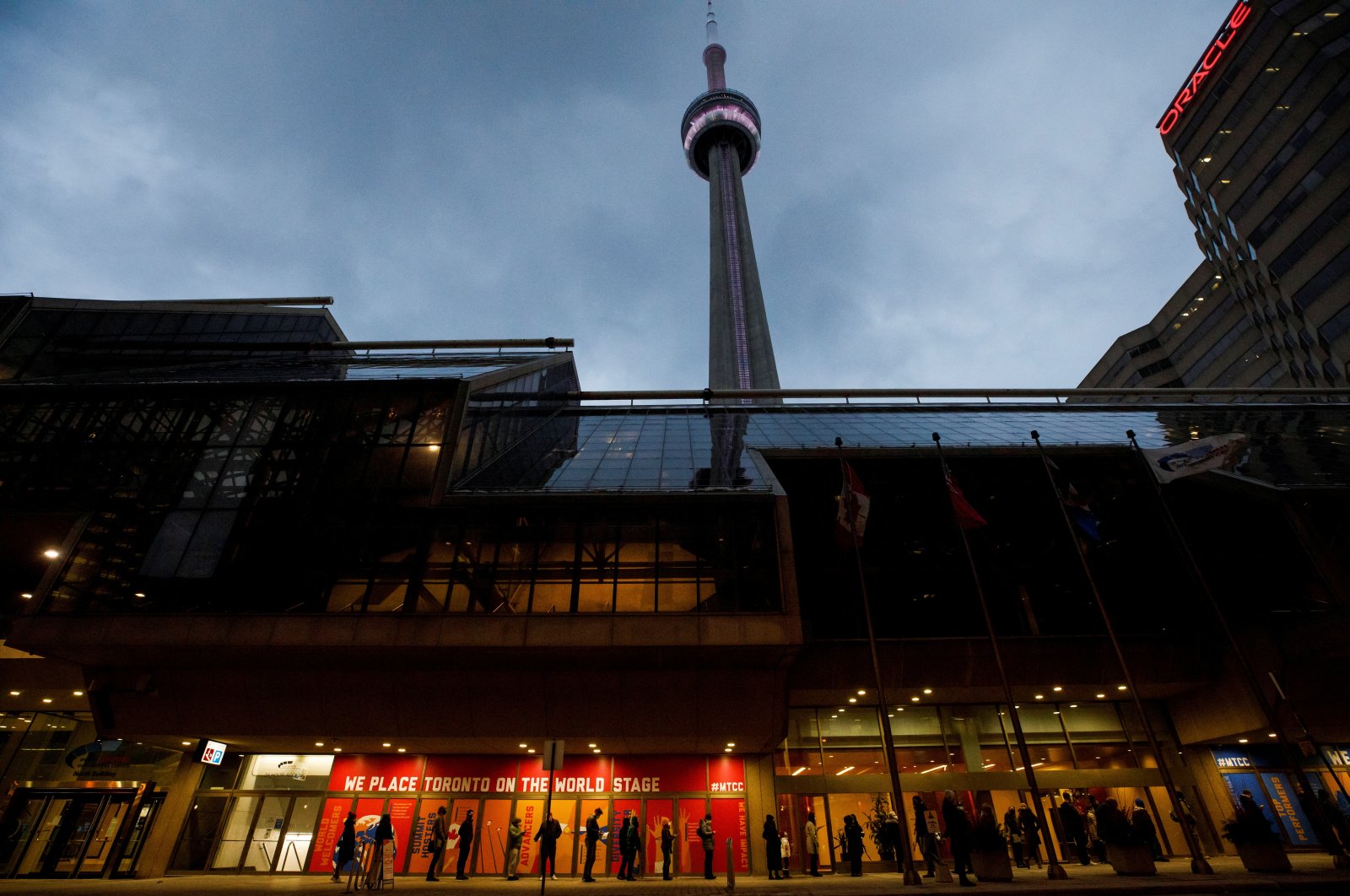 People queue up for their COVID-19 vaccine booster shots at a clinic inside the Metro Toronto Convention Centre, as the latest omicron variant emerges as a threat, in Toronto, Ontario, Canada, Dec. 22, 2021. (Reuters File Photo)
by Anadolu Agency Dec 25, 2021 4:18 pm

Canada's health agency admitted that it accessed data on 33 million mobile devices to monitor people during the COVID-19 lockdowns, according to a report published Friday.

The Public Health Agency of Canada (PHAC) accessed mobility data, such as cell tower location, from 33 million devices, according to the daily National Post, citing a spokesperson for the agency.

Location data was used to "understand possible links between movement of populations within Canada and spread of COVID-19," said the spokesperson. He added that the agency signed a contract with the Telus company in March, which expired in October.

"PHAC no longer has access to the location data," he said.

The Office of the Privacy Commissioner did not comment on the issue, saying it seeking more information.

Privacy advocates said they were concerned about the data tracking.