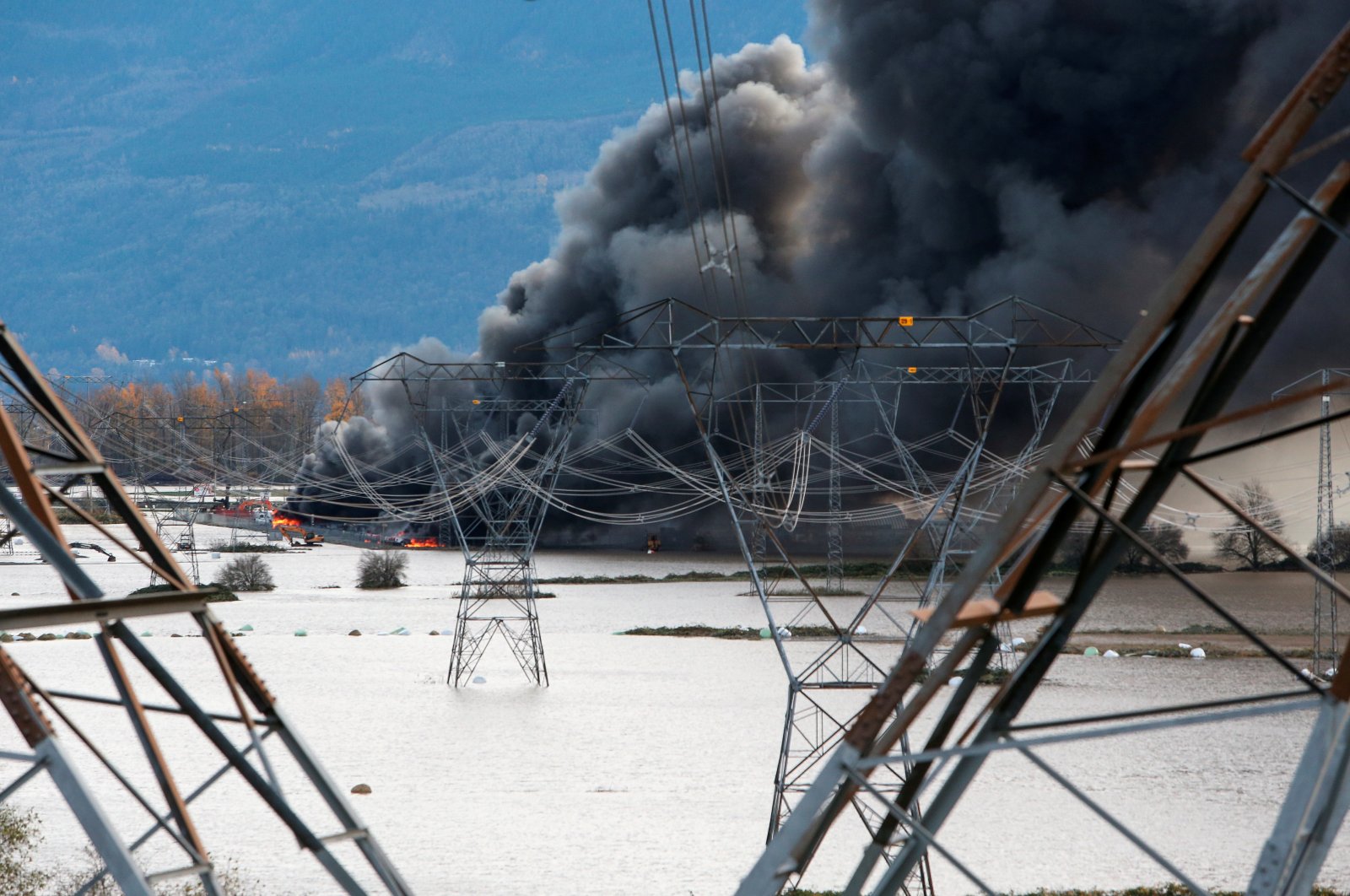 Canada is sending the military to help evacuate and support communities hit by "catastrophic" flooding with the death toll expected to rise after record rainfall on the Pacific coast triggered a state of emergency Wednesday.

Officials said downpours in British Columbia this week trapped motorists in mudslides that left at least one dead and four missing, forced thousands or residents to flee their homes, and cut off Vancouver and its port.

Canadian Prime Minister Justin Trudeau, in Washington ahead of meeting with his U.S. and Mexican counterparts, said the heavy rains caused "historical and terrible flooding that has disrupted the lives and taken lives of people across BC."

"I can confirm there are hundreds of Canadian Armed Forces members currently headed to British Columbia to help with everything from supplies to evacuation to whatever is needed," he said.

"We expect to confirm even more fatalities in the coming days," he added.

This week's extreme weather comes after British Columbia suffered record-high summer temperatures that killed more than 500 people, as well as wildfires that destroyed a town.

"These events are increasing in regularity because of the effects of human-caused climate change," Horgan commented, just days after world leaders met in Glasgow for the COP26 climate conference.

By Tuesday afternoon the torrential rains had let up. An estimated 300 motorists trapped on highways by mudslides have been airlifted to safety and a few evacuation orders have been rescinded.

But Henry Braun, mayor of hard-hit Abbotsford east of Vancouver, told a briefing: "We're not out of this yet."

"If we have another weather event like we just went through, we are in deep doo doo," he said.

Meanwhile, searches continue for more possible victims, after a woman's body was recovered from a mudslide near Lillooet, 250 kilometers (155 miles) northeast of Vancouver.

Motorist Kathie Rennie told public broadcaster CBC she witnessed "the whole side of the mountain coming down and taking out these cars ... everything just being swept away. Just complete panic."

Horgan urged citizens not to hoard: "You do not need 48 eggs. A dozen will do, and leave the rest for somebody else."

On the outskirts of Vancouver, livestock were pulled from hundreds of flooded farms on the Sumas Prairie – including a cow towed behind a jet ski through a meter of water to higher ground.

"We have thousands of animals that have perished," with many more in "difficult situations," said British Columbia Agriculture Minister Lana Popham.

Overnight almost 200 people were airlifted from the area to safety.

Key highways remain closed. As a result, motorists wanting to travel to or from Vancouver have to go south to the United States and back up into Canada.

Landslides also cut off rail traffic to and from Vancouver – one of Canada's busiest freight sea ports.

"We're working diligently to assess the damage and make sure that we can get those supply roads back in shape as quickly as possible," Horgan said. "But the conditions are severe."

Environment Canada said up to 250 millimeters (almost 10 inches) of rain – what the region normally gets in a month – fell Sunday and Monday in and around Vancouver, which was also hit last week by a rare tornado.

Meteorologists blamed an "atmospheric river," or narrow strip of moisture carried from tropical regions toward the poles, for the deluge.