Cars and market stalls washed away after flash flood in Bolivia 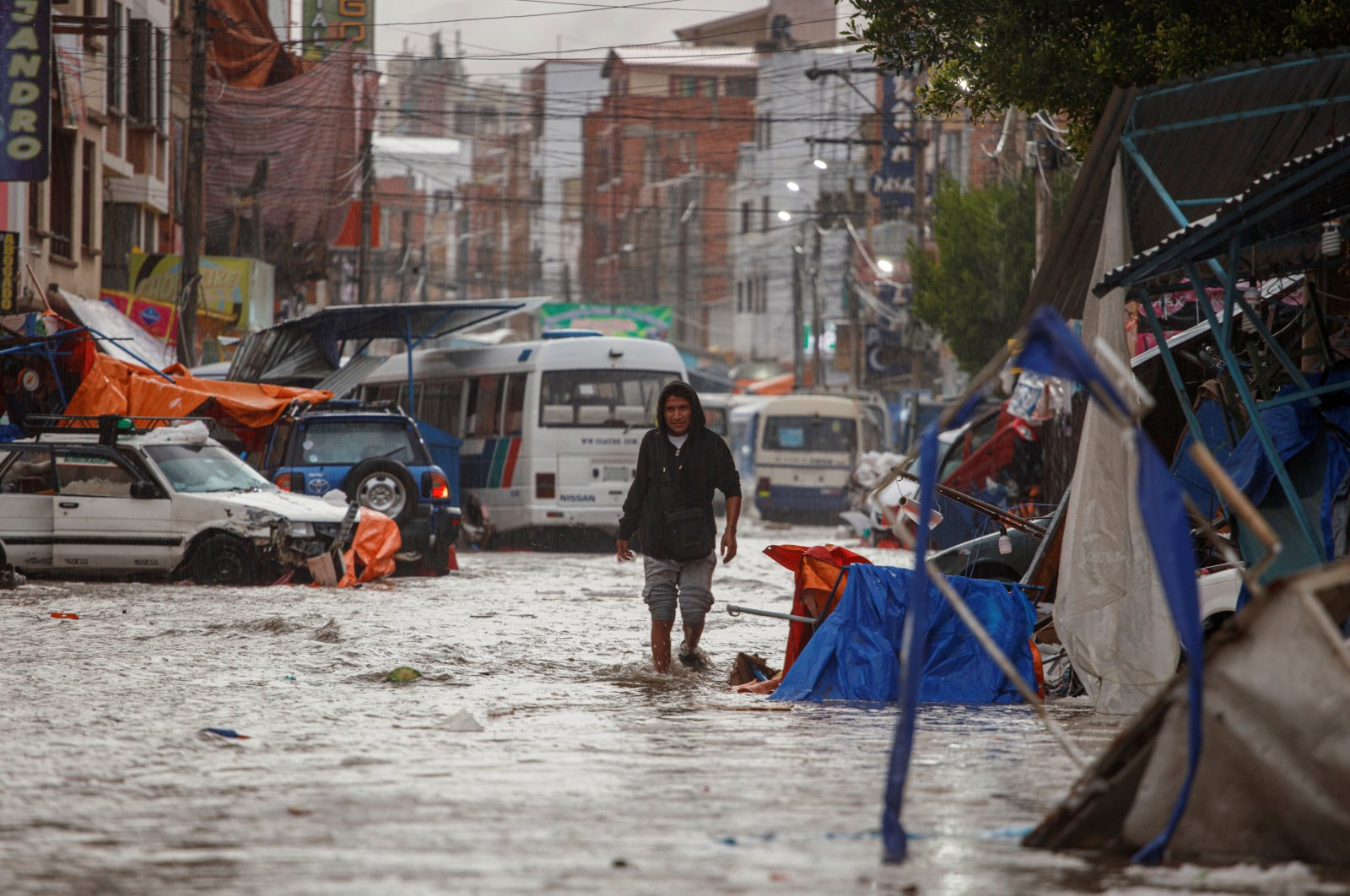 Intense rains and hail led to flash floods in Sucre, the constitutional capital of Bolivia on Monday.

Video footage obtained by Reuters showed flooding along the Guillermo Loayza, a street close to the Mercado Campesino, the city's largest market.

At least four were killed in the flash flood, police said, which occurred after torrential rain and hail hit the city.

Local media reported that the storm lasted about 30 minutes.