Cash for blood: US plasma industry profits from economic desperation 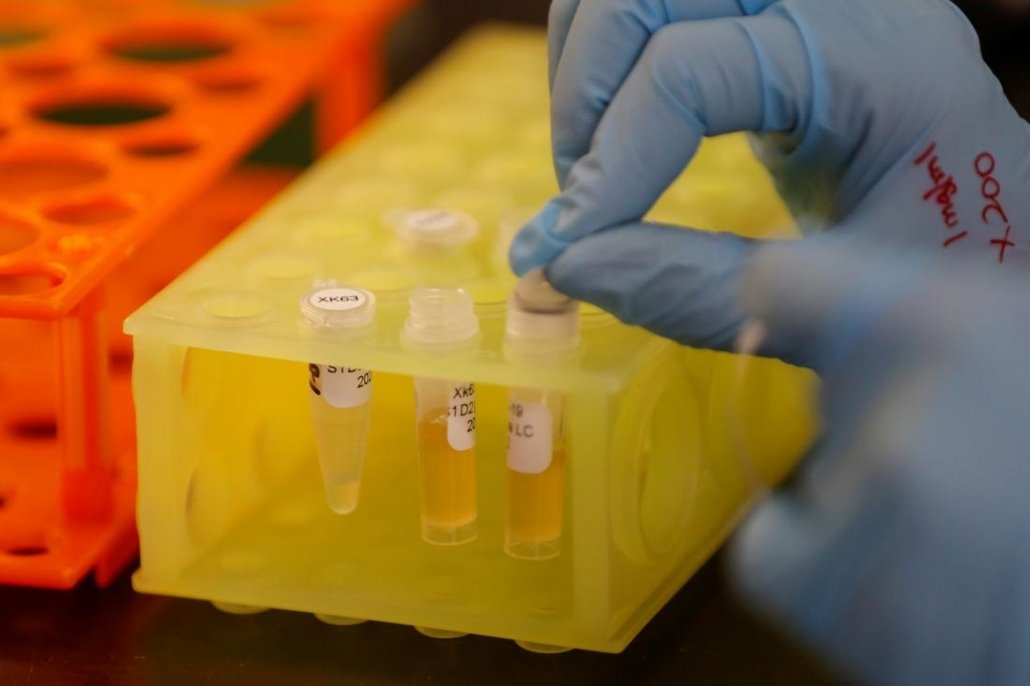 For struggling Americans, weekly plasma donations mean a few hundred dollars a month – a lifeline for many, but experts and medical professionals have criticized large corporations’ methods that target vulnerable low-income communities, accusing the industry of blatant exploitation.

Plasma is used to treat patients with chronic illnesses, including hemophilia and immunodeficiency, as well as in treatments for burns, shock and trauma. It is the clear, straw-colored liquid left over after all other cellular components are removed. It cannot be replicated in a lab, so the sole source is willing donors.

The demand for what many consider a miracle elixir is high and on the rise. Case in point: A patient suffering from hemophilia may require as many as 1,200 donations every year. Since approximately 400,000 people suffer from hemophilia worldwide, that means up to 480 million donations annually are needed to treat those patients alone.

Unlike other sectors of the U.S. economy, the plasma industry has been booming since COVID-19 treatments bumped up the demand for plasma even further – as well as the payouts. In lieu of the usual $50, some companies trying to beat out the competition have offered up to $800 for the first two donations of a recovered COVID-19 patient. This has led to rumors of people purposefully getting infected with the virus, endangering themselves and others, to take advantage of the situation.

According to the Center of Health Care Research and Policy’s 2017 survey conducted at CSL Plasma in Cleveland, Ohio, only 43% of the surveyed donors were employed, while 84% were black, 5% white and the other 10% of other racial backgrounds.

Nearly 80% of donation centers in the U.S. are strategically located in low-income areas, home to people barely able – or unable – to make ends meet. Critics have claimed that the companies purposefully open facilities in such areas under the assumption that desperate people are much more likely to regularly go under the needle to supplement their income than those who are more financially secure.

Donations centers pay between $30 to $50 per session. Though each session averages around one hour, the centers are often crowded and do not require appointments, a system that often leads to long wait times.

Standards at donation centers vary greatly, with the community’s average income often determining the facility’s overall aesthetic appeal – the lower the average income, the fewer bells and whistles. Facilities in the most impoverished areas often lack even proper seating or sometimes offer no seating at all, forcing donors to squat or crouch on the floor while they donate. Calls have been made for more state or federal regulations to force centers to offer a comfortable, equitable donating experience for everyone in every neighborhood.

For many, donating becomes a lifeline.

A candid article penned by journalist Darryl Lorenzo Wellington titled, “The Twisted Business of Donating Plasma,” detailed his donor experience for The Atlantic. At the time, Wellington, struggling to make ends meet, decided to join the thousands already relying on the steady income from plasma donations. “My rent was due. I had insufficient funds in the bank. I was 48 years old, a journalist running short on cash from writing assignments and odd jobs. That was when I saw an ad offering $50 per plasma donation: blood money, or more specifically, payment for my time and any small pain involved in the process of having protein-rich plasma extracted from the blood,” he said.

The centers encourage repeat and regular donations from the start with particular emphasis on the monetary incentive. This was the case in Wellington’s experience as well. “Before leaving I received a calendar that mapped out my pay if I maintained a twice-weekly schedule for subsequent donations. Even a $10 bonus on my next visit!” he wrote.

By offering bonuses and a convenient outline of the weekly “pay,” donors often begin to rely on the income as part of their monthly budget. This trend has led experts to question whether the industry is actually hindering low-income areas by facilitating a constant cycle of “just getting by.”

Since the body can replenish the plasma proteins and fluid extracted during each donation within 24-48 hours, the Food and Drug Administration (FDA) authorizes up to two donations within a seven-day period, with at least one day between donations and a maximum of 104 donations per year. Each donor is able to donate an average of 660 to 880 milliliters of plasma per session, depending on their weight. The most common short-term side effects after donation include weakness, bruising, dehydration and lightheadedness or fainting. However, few studies have been done on the effect habitual donation has on donors’ health. “For a majority of people – apparently – it’s relatively safe. We really don’t know what the long-term effects because it’s a relatively new phenomenon," Dr. Roger Kobayashi, a clinical professor of immunology at UCLA, told ABC News.

Because donors motivated by money often lie about their health, many developed countries have banned paying people for their blood – but not the U.S. “What was once an act of altruism has now evolved into an act of necessity or desperation,” Kobayashi said. American donors help fuel a $20 billion industry and the country supplies the world with 94% of its paid plasma supply.

The Great Recession saw a sharp rise in paid plasma collection with 100 new centers and total donations jumping from 12.5 million in 2006 to more than 23 million in 2011, further pointing to the correlation between the industry’s success and its reliance on donors’ financial struggles.

Many Americans have fallen on hard times. As of May 2020, 47.2% were jobless, according to the Bureau of Labor Statistics. Even before the coronavirus tanked the economy, a study conducted by Martha Ross and Nicole Bateman of the Brookings Institution's Metropolitan Policy Program in 2019 found that 44% of U.S. workers held low-wage jobs paying average annual wages of $18,000. The U.S. Department of Health and Human Services lists the 2020 poverty line, the minimum income required for people to meet their basic needs, at $12,760, adding $4,480 for each additional family member. The majority of the 53 million Americans working in low-wage jobs in their prime working years, or between about 25 to 54, Brookings also noted. Low-wage jobs represent between one-third to two-thirds of all jobs in the country's almost 400 metropolitan areas, the study found.

The millions now left unemployed due to the economic fallout are a receptive audience for the industry’s eye-catching, user-friendly ads offering cash for blood that inspire empathy while subtly pointing to the economy’s downfall and the public’s tedious economic status. The aggressive advertisements particularly appeal to those with a low income, earning minimum wage or receive inadequate cash assistance who welcome a reliable stream of cash every week to make ends meet.

According to the Center of Health Care Research and Policy survey, 57% of the donors at the facility said they will make at least one-third of their monthly income from donating plasma, a maximum of $250-$300. It also found most donors used the proceeds to pay for basic necessities.