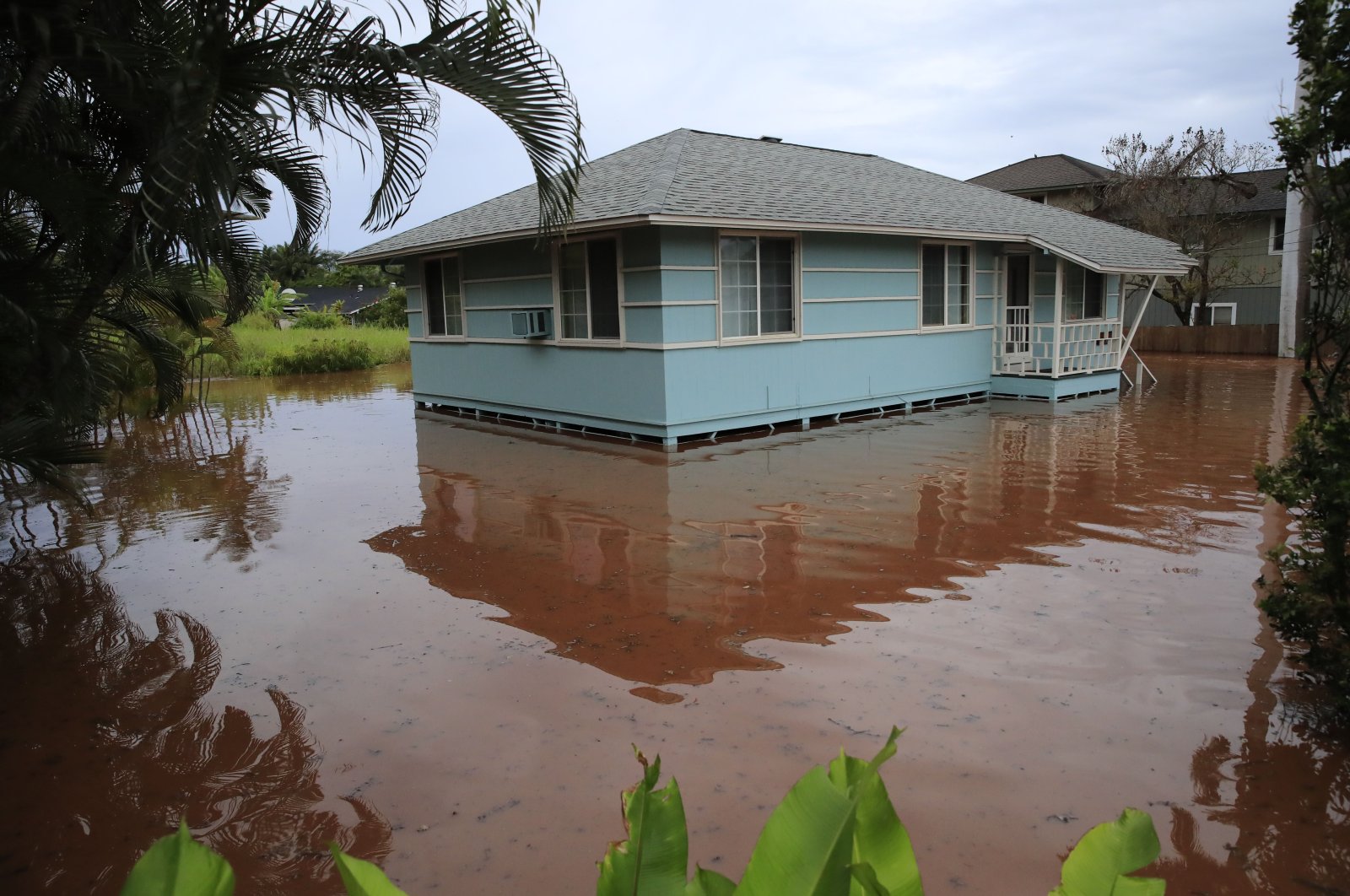 Catastrophic flooding from a stream swollen by heavy rains prompted officials to order evacuations from a town north of Honolulu on Tuesday, just one day after fears of a dam breach resulted in the same on the island of Maui.

Torrential rains have inundated parts of Hawaii for the past several days.

On Monday, officials initially thought that the Kaupakalua Dam in the Maui community of Haiku was breached by floodwaters, but county officials determined there was no structural damage after closer inspection.

Those living near or below the dam were asked to continue evacuations until the all-clear is given, county officials said Tuesday.

The National Weather Service reported that 33.5 centimeters (13.2 inches) of rain fell in the Haiku area of Maui’s north coast between 7 a.m. and 3 p.m. on Monday. Kauai and part of Oahu were under a flash flood warning. The entire state was under a flash flood watch amid heavy rains expected to last through Wednesday morning.

About six homes on Maui and two bridges were heavily damaged or destroyed, Maui County Mayor Michael Victorino’s office said. He urged people to be vigilant because there were fears that landslides could happen.

"This has been unprecedented flooding, and we will be making damage assessments today,” Victorino said in a statement. "I ask everyone to stay vigilant and be safe."

The Maui Fire Department said it responded to more than a dozen calls for help from residents trapped by rising waters.

Water flowed over the top of the dam's reservoir, but the dam itself did not fail, said Shan Tsutsui, the chief operating officer of Mahi Pono, a co-owner of the dam.

One evacuation center remained open Tuesday for anyone needing shelter.

Victorino also urged tourists to stay in their hotel rooms or wherever they were staying.

Maui County spokesperson Brian Perry said he did not know how many people lived downstream of the dam.

The state Department of Land and Natural Resources said the dam is scheduled to be removed this summer. The agency notified the dam's owners in February 2020 that it needed a water-level gauge with readings accessible on the internet and ordered the owners to keep the reservoir empty. The owners have done so, except during storms when water is passed through, the agency said.

East Maui Irrigation Company, which was created to divert water from streams to sugar plantations, owns the dam.

The state regulates 132 dams across Hawaii, most of them built as part of irrigation systems for the sugar cane industry, according to a 2019 infrastructure report by the American Society of Civil Engineers. The number of regulated dams fell to 131 the following year, likely because one had been taken out of service, Dan Dennison, a spokesperson for the Hawaii Department of Land and Natural Resources, said in an email to The Associated Press (AP).

Of the 132 dams listed in the 2019 report, 93% are classified as high hazard potential, which means a failure could result in significant loss of life or property, the report said.

A dam failure turned fatal in Hawaii in 2006, when seven people were killed after the Ka Loko dam on the island of Kauai collapsed and water rushed downhill.