Chicago takes down Columbus statues in response to demonstrations 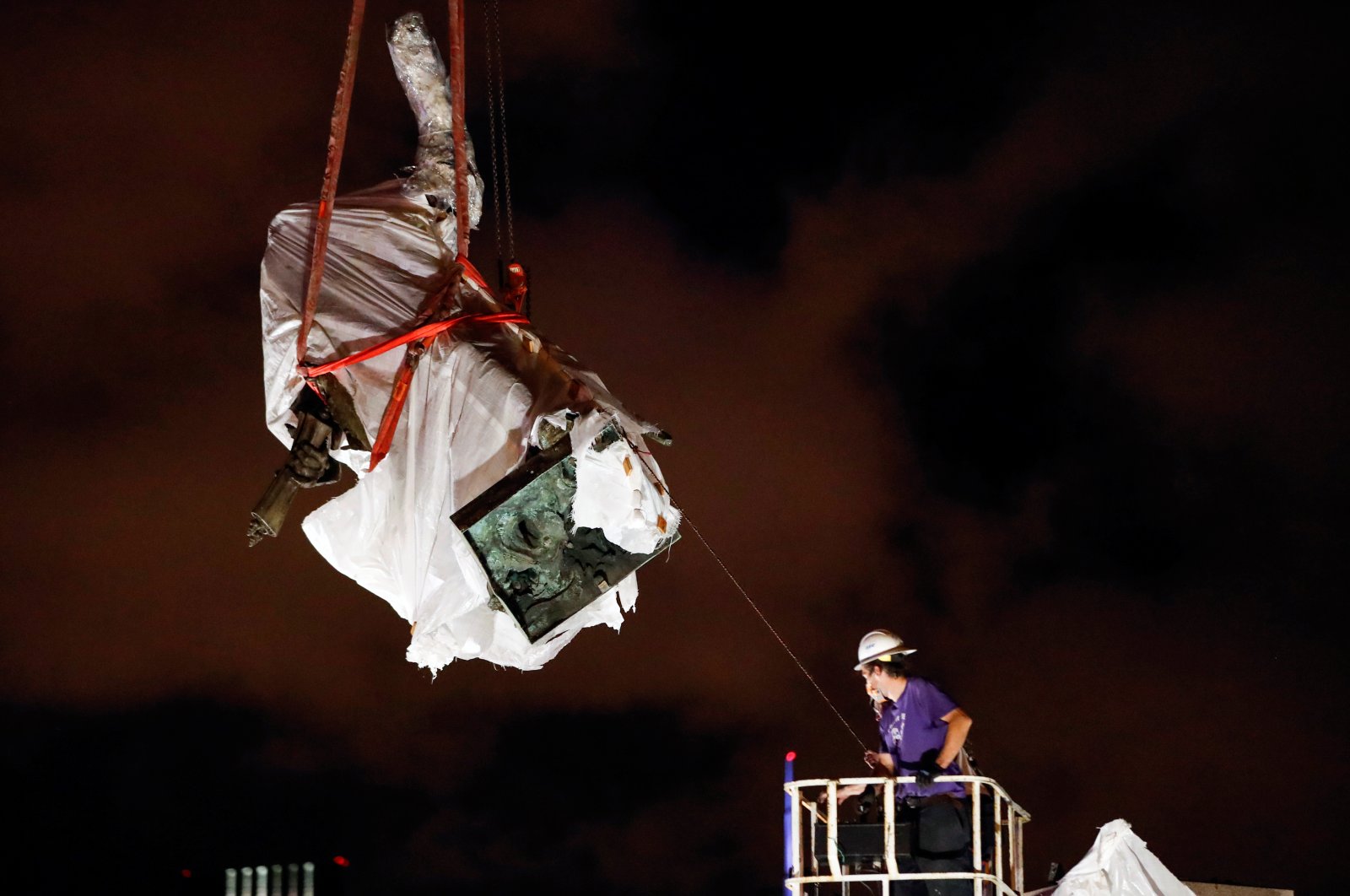 Chicago temporarily removed two statues of Christopher Columbus on Friday and announced it would reassess the appropriateness of all its monuments, a week after protesters had tried to topple one of the statues, leading to a violent clash with police.

"This step is about an effort to protect public safety and to preserve a safe space for an inclusive and democratic public dialogue about our city's symbols," Mayor Lori Lightfoot's office said in a statement.

Protesters for racial equality have targeted Columbus monuments across the U.S., challenging heroic portrayals of him in American education that downplay or ignore the explorer's cruelty toward indigenous people of the Americas.

After consulting with "stakeholders," Lightfoot ordered the removal of statues in Grant Park, Chicago's large recreation area, and another in the Little Italy district, the statement said.

"It comes in response to demonstrations that became unsafe for both protesters and police, as well as efforts by individuals to independently pull the Grant Park statue down in an extremely dangerous manner," the statement said.

The Chicago demonstrations, which resulted in several arrests and injuries, were among those that broke out across the United States to protest for racial equality and against police brutality, sparked by the May 25 death of George Floyd in police custody in Minneapolis.

Columbus, the 15th-century Genovese-born explorer who sailed for the Spanish crown, remains a powerful symbol for some Italian-American groups that oppose the downgrading of his status.

"We as a community feel betrayed," Pasquale Gianni of the Joint Civic Committee of Italian Americans told Chicago's ABC7 television in reaction to the removals. "We feel that part of our heritage has been stripped away from us. These statues represent much more than just mere objects but the blood, sweat and tears of all the contributions of Italian-Americans to this great city."

Chicago said it would soon announce a formal process to address all its monuments, memorials and murals – part of a review underway in many cities to diversify monuments that have overwhelmingly honored white men with questionable merits.