Chileans head to polls to elect new president amid polarization 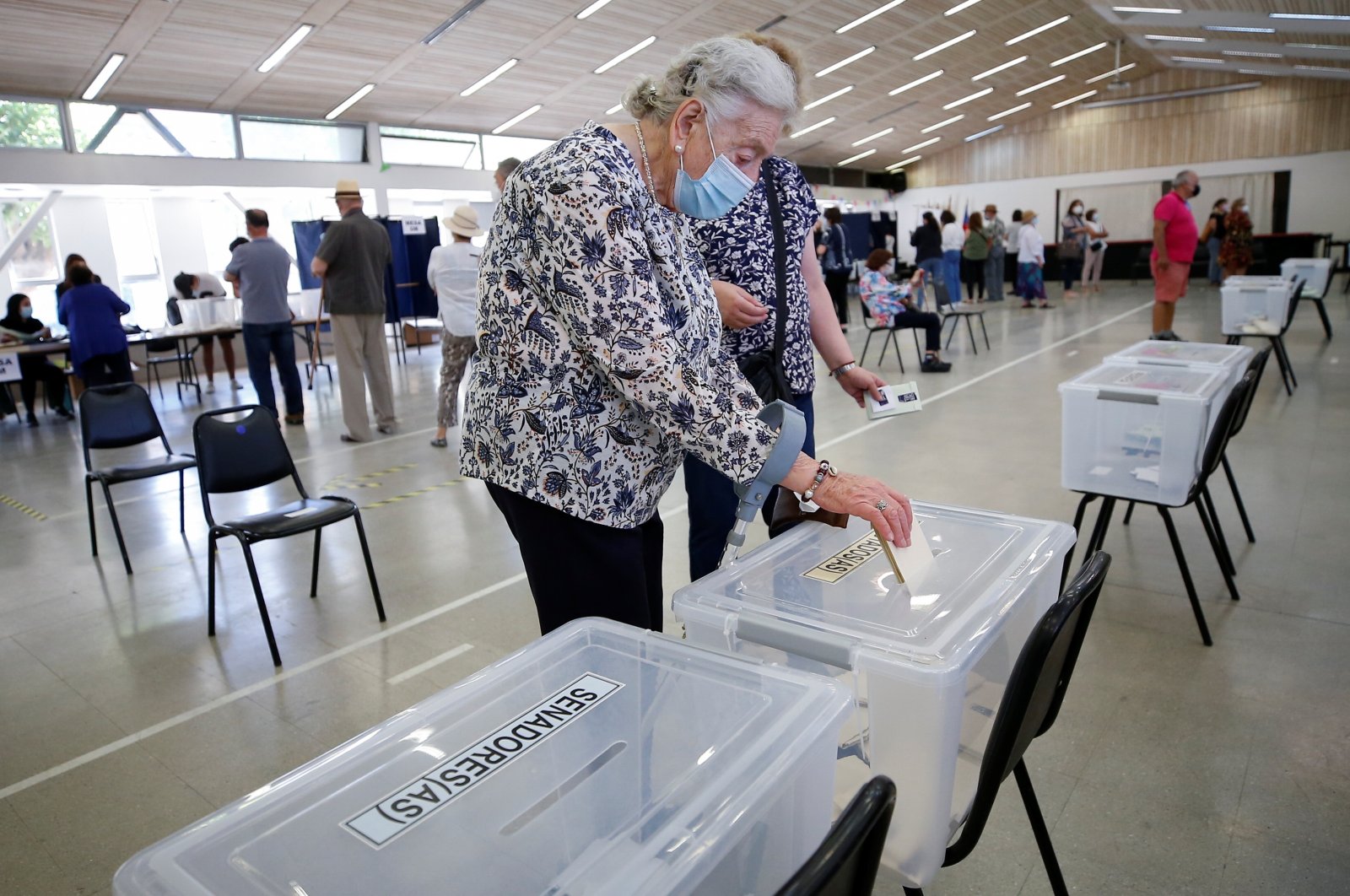 A woman casts her ballot during the presidential and parliamentary elections in Santiago, Chile, Nov. 21, 2021. (Reuters Photo)
by Agencies Nov 21, 2021 5:36 pm
RECOMMENDED

Chileans were voting for a new president Sunday following a polarizing campaign in which the leading candidates vowed to chart starkly different paths for the region's most economically advanced country staggered by a recent wave of social unrest.

Pre-election polls point to a large number of undecided voters but consistently have favored two of the seven candidates running: former student protest leader Gabriel Boric and his ideological opposite, José Antonio Kast, who has a history of defending Chile's past military dictatorship.

But neither is expected to garner enough support to cross the 50% threshold required to avoid a runoff vote next month. Within striking distance of the two frontrunners are center-right candidate Sebastián Sichel and center-left former Education Minister Yasna Provoste. Also up for grabs is Chile's entire 155-seat lower house of Congress and about half the Senate.

Boric, 35, would become Chile's youngest modern president. He was among several student activists elected to Congress in 2014 after leading protests for higher quality education. Running as the head of a broad alliance that includes Chile's Communist Party, if elected he says he will raise taxes on the “super rich” to expand social services and boost protections of the environment.

He's also vowed to eliminate the country's private pension system – one of the hallmarks of the free market reforms imposed in the 1980s by Gen. Augusto Pinochet's dictatorship.

Centrists, including the candidate from Pinera's party, proved the least popular in opinion polls that also revealed half of the 15 million eligible voters to be undecided.

"I'm going to vote but I am pretty disappointed," said Danilo Panes. The 26-year-old took part in 2019 protests and feels none of the candidates have put forward "alternatives in line with what the people demanded" when they took to the streets.

The demonstrators denounced low salaries and pensions, poor public health care and education, and in the words of a recent Organisation for Economic Co-operation and Development (OECD) report, "persistently high inequality" between rich and poor.

This situation was largely blamed on the Pinochet-era constitution, which pundits say has made the country rich through its promotion of private enterprise in all spheres, but at the expense of the poor and working classes.

Dozens of people died in weeks of protests in 2019 that marked Chile's worst social crisis in decades.

The government finally agreed to a referendum, which one year later saw about 80% of voters give the go-ahead for a new constitution to be drawn up by an elected body.

Voters in May elected a majority of independent candidates, mainly left-leaning, to that body, which has already started drafting the document.

Chileans also vote to replace the 155-member Chamber of Deputies and almost two-thirds of Senators for a new-look Congress that will be in place when the country decides in a mandatory referendum next year whether to adopt the new constitution.

It is not known how, or if, a changed constitution could impact on the terms or powers of the president.

But the fact that Kast and Boric, a former student leader, are the favorites signals an upending of political norms.

"It can be argued that these are the last elections of the old cycle, since they may end with a different result to the ones that came before," University of Santiago political scientist Raul Elgueta told Agence France-Presse (AFP).

Also competing are Christian Democrat senator Yasna Provoste, the only candidate who has served in the center-left coalition that ruled for 20 years after the dictatorship; far-left professor Eduardo Artes; and filmmaker and progressive politician Marco Enriquez-Ominami.

With his second, non-consecutive term beset by economic and social upheaval, billionaire Pinera approaches the end of his mandate with record-low approval.

The country's economic woes have worsened with the coronavirus epidemic, with unemployment up, inflation at 6% and foreign debt skyrocketing as the demand for social aid and subsidies exploded.

One thing is clear: a large proportion of Chileans want a more interventionist and socially-minded government, better access to public health care and education and changes to the pension system, which is privately administered.

Analysts have also observed a recent rightward swing blamed partly on sometimes violent and arsonist actions by protesters, but also on growing concerns about immigration and crime.

To win in the first round, a candidate must garner 50% of votes cast, but analysts believe the election will likely go to a runoff round between the top two contenders on Dec. 19.