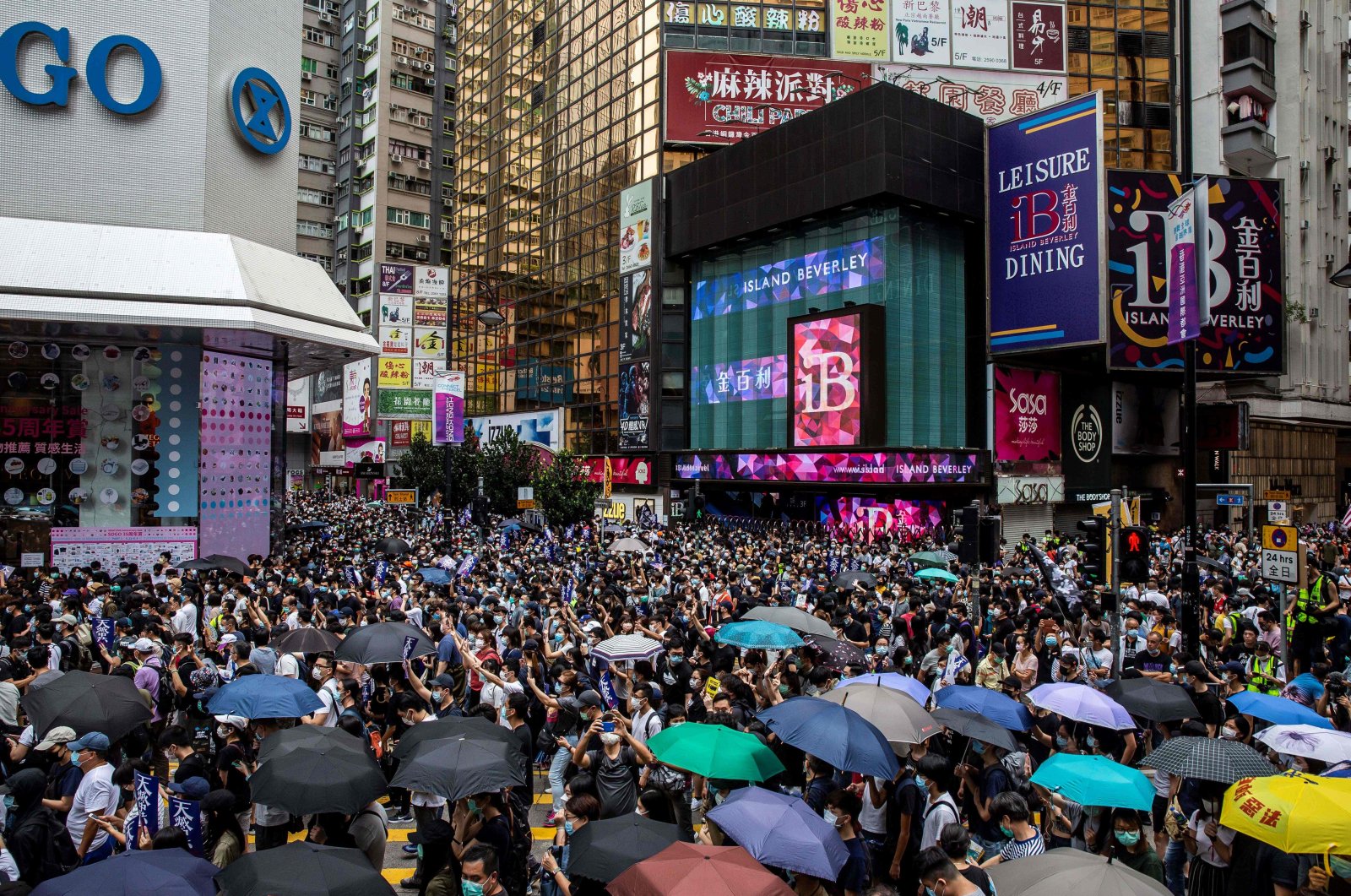 Pro-democracy protesters gather in Causeway Bay district of Hong Kong on May 24, 2020, ahead of planned protests against a proposal to enact new security legislation in Hong Kong. (AFP Photo)
by Compiled from Wire Services May 24, 2020 5:01 pm
RECOMMENDED

"It looks like, with this national security law, they're going to basically take over Hong Kong and if they do... Secretary (of State Mike) Pompeo will likely be unable to certify that Hong Kong maintains a high degree of autonomy and if that happens there will be sanctions that will be imposed on Hong Kong and China," O'Brien said on NBC's "Meet the Press."

Pro-democracy supporters in Hong Kong have sharply criticized a proposal, set to be approved by China's rubber-stamp parliament this week, that would ban the secessionist and subversive activity, as well as foreign interference, in the semi-autonomous Chinese territory.

The pro-democracy camp says the proposal goes against the “one country, two systems” framework that promises Hong Kong freedoms not found in mainland China.

Crowds of demonstrators dressed in black gathered in the Causeway Bay district on Sunday, chanting slogans such as “Stand with Hong Kong," “Liberate Hong Kong” and “Revolution of our times.”

The protest was a continuation of a monthslong pro-democracy movement in Hong Kong that began last year and has at times descended into violence between police and protesters.

The bill that triggered Sunday's rally was submitted at the opening of China’s national legislative session on Friday. It would bypass Hong Kong’s legislature and could allow mainland agencies to be set up in the city, sparking concern that Chinese agents could arbitrarily arrest people for activities deemed to be pro-democracy.

Speaking at an annual news conference during the legislative session, Chinese Foreign Minister Wang Yi said Sunday that Hong Kong affairs were an internal matter for China, and that “no external interference will be tolerated.”

U.S. Secretary of State Mike Pompeo has called the proposal “a death knell for the high degree of autonomy” that Beijing promised the former British colony when it was returned to China in 1997.