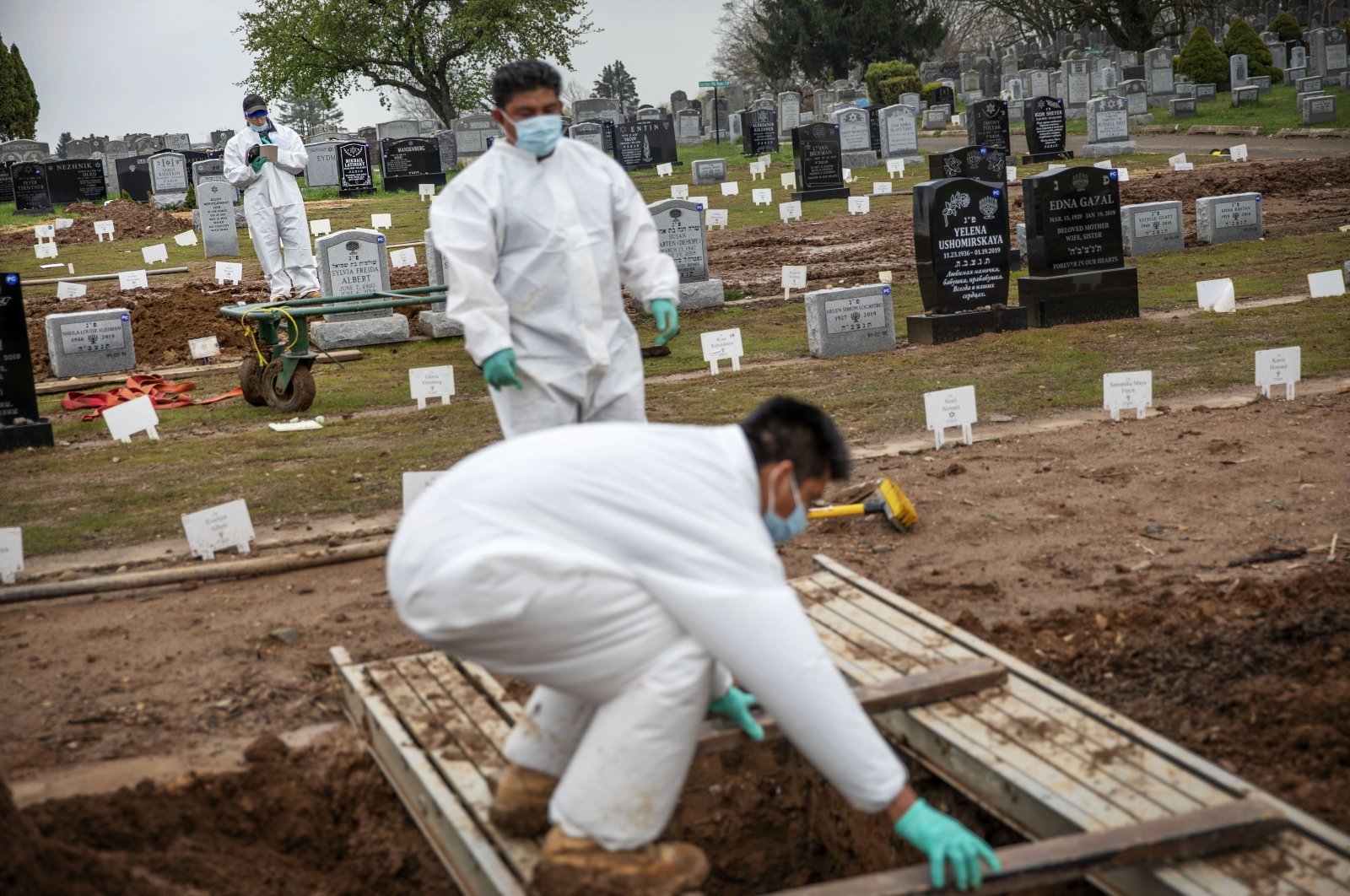 A rabbi (in the background) finishes a prayer during a burial service as gravediggers prepare a plot for the next burial at a cemetery in Staten Island, New York, April 8, 2020. (AP Photo)
by REUTERS May 06, 2020 6:21 pm
RECOMMENDED

U.S. Secretary of State Mike Pompeo on Wednesday renewed his aggressive criticism of China over its handling of the coronavirus, saying it could have saved hundreds of thousands of lives and spared the world an economic downturn if it had been more transparent.

Speaking to reporters, Pompeo sought to deflect questions about his Sunday comment there was "a significant amount of evidence" that the new coronavirus emerged from a Chinese lab and statements by himself and other officials that it was not known if the virus came from a lab, a meat market or elsewhere.

"They knew. China could have prevented the deaths of hundreds of thousands of people worldwide," Pompeo said. "China could have spared the world (a) descend into global economic malaise. They had a choice but instead – instead – China covered up the outbreak in Wuhan."

Pompeo's criticism was the latest example of President Donald Trump's administration criticizing China for its handling of the COVID-19 disease caused by the new coronavirus, which has killed more than 255,000 people around the world, according to a Reuters tally. Critics believe the administration is seeking to deflect attention from what they see as a slow U.S. response to the disease.

"Let me just put this to bed. Your effort to try to find just – to spend your whole life trying to drive a little wedge between senior American officials ... it's just false," he told a reporter, at times talking over her.

"Every one of those statements is entirely consistent. Every one of them. Lay them down together, there is no separation. We are all trying to figure out the right answer. We are all trying to get the clarity. There are different levels of certainty assessed at different places," he said. "We don't have certainty, and there is significant evidence that this came from the laboratory. Those statements can both be true."