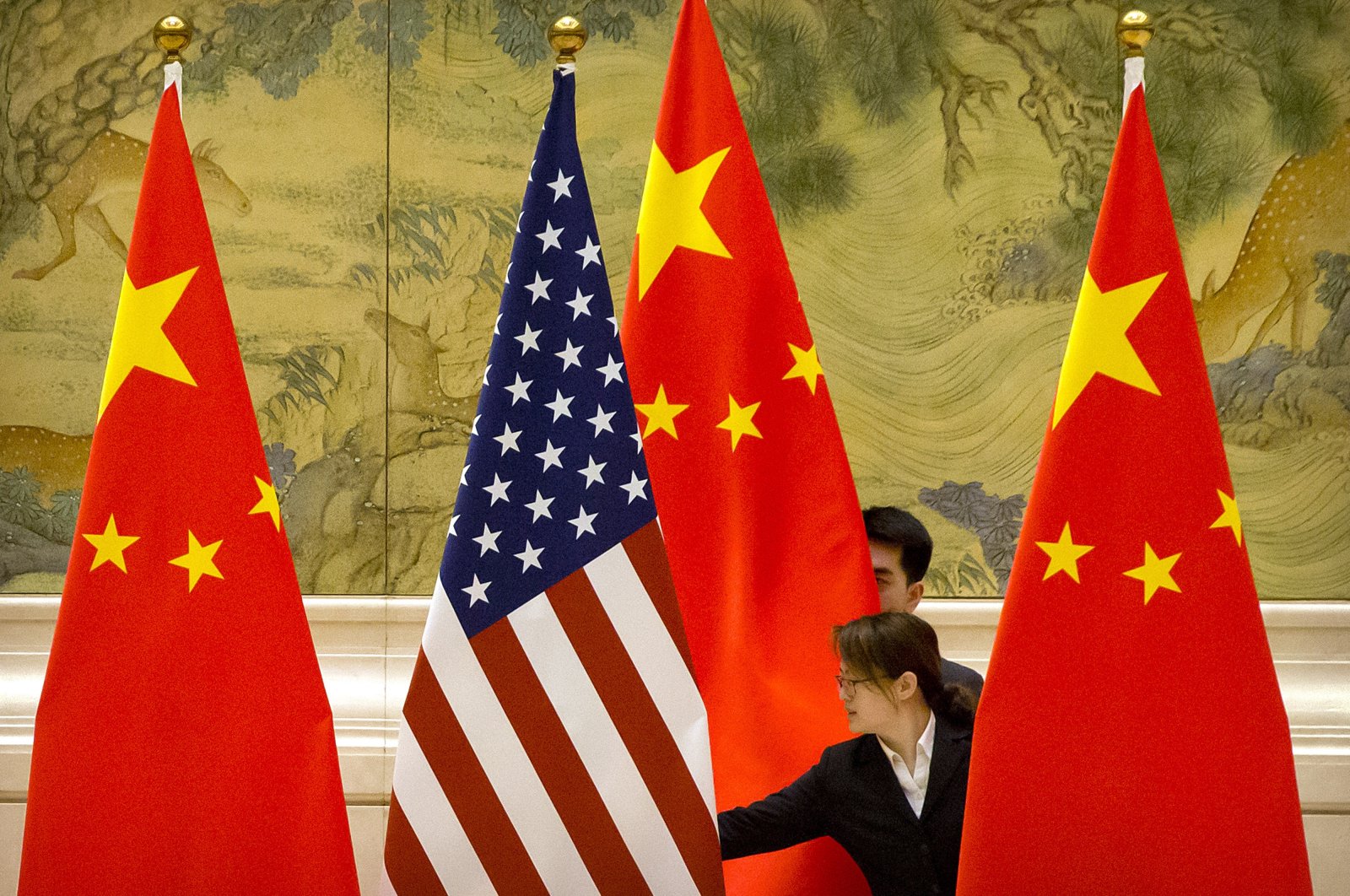 Chinese staffers adjust the U.S. and Chinese flags before the opening session of trade negotiations between U.S. and Chinese trade representatives at the Diaoyutai State Guesthouse in Beijing, Feb. 14, 2019. (AP Photo)
by French Press Agency - AFP Mar 06, 2021 10:13 am
RECOMMENDED

"This is an active threat," White House spokesperson Jennifer Psaki said when asked about the situation during a press briefing.

"Everyone running these servers needs to act now to patch them. We are concerned that there are a large number of victims," she added.

After Microsoft released patches for the vulnerabilities on Tuesday, attacks "dramatically stepped up" on servers not yet updated with security fixes, said Krebs, who cited unnamed sources familiar with the situation.

"At least 30,000 organizations across the United States – including a significant number of small businesses, towns, cities and local governments – have over the past few days been hacked by an unusually aggressive Chinese cyber espionage unit that's focused on stealing email from victim organizations," Krebs wrote in the post.

He reported that insiders said hackers have "seized control" of thousands of computer systems around the world using password-protected software tools slipped into systems.

Microsoft said early this week that a state-sponsored hacking group operating out of China is exploiting previously unknown security flaws in its Exchange email services to steal data from business users.

The company said the hacking group, which it has named "Hafnium," is a "highly skilled and sophisticated actor."

In a blog post on Tuesday, Microsoft executive Tom Burt said the company had released updates to fix the security flaws, which apply to on-premises versions of the software rather than cloud-based versions, and urged customers to apply them.

"We know that many nation-state actors and criminal groups will move quickly to take advantage of any unpatched systems," he added at the time.

Microsoft said the group was based in China but operated through leased virtual private servers in the U.S., and that it had briefed the U.S. government.

Beijing has previously hit back at U.S. accusations of state-sponsored cybertheft. Last year it accused Washington of smears following allegations that Chinese hackers were attempting to steal coronavirus research.

In January, U.S. intelligence and law enforcement agencies said Russia was probably behind the massive SolarWinds hack that shook the government and corporate security, contradicting then-President Donald Trump, who had suggested China could be to blame.

Microsoft said Tuesday the Hafnium attacks "were in no way connected to the separate SolarWinds-related attacks."