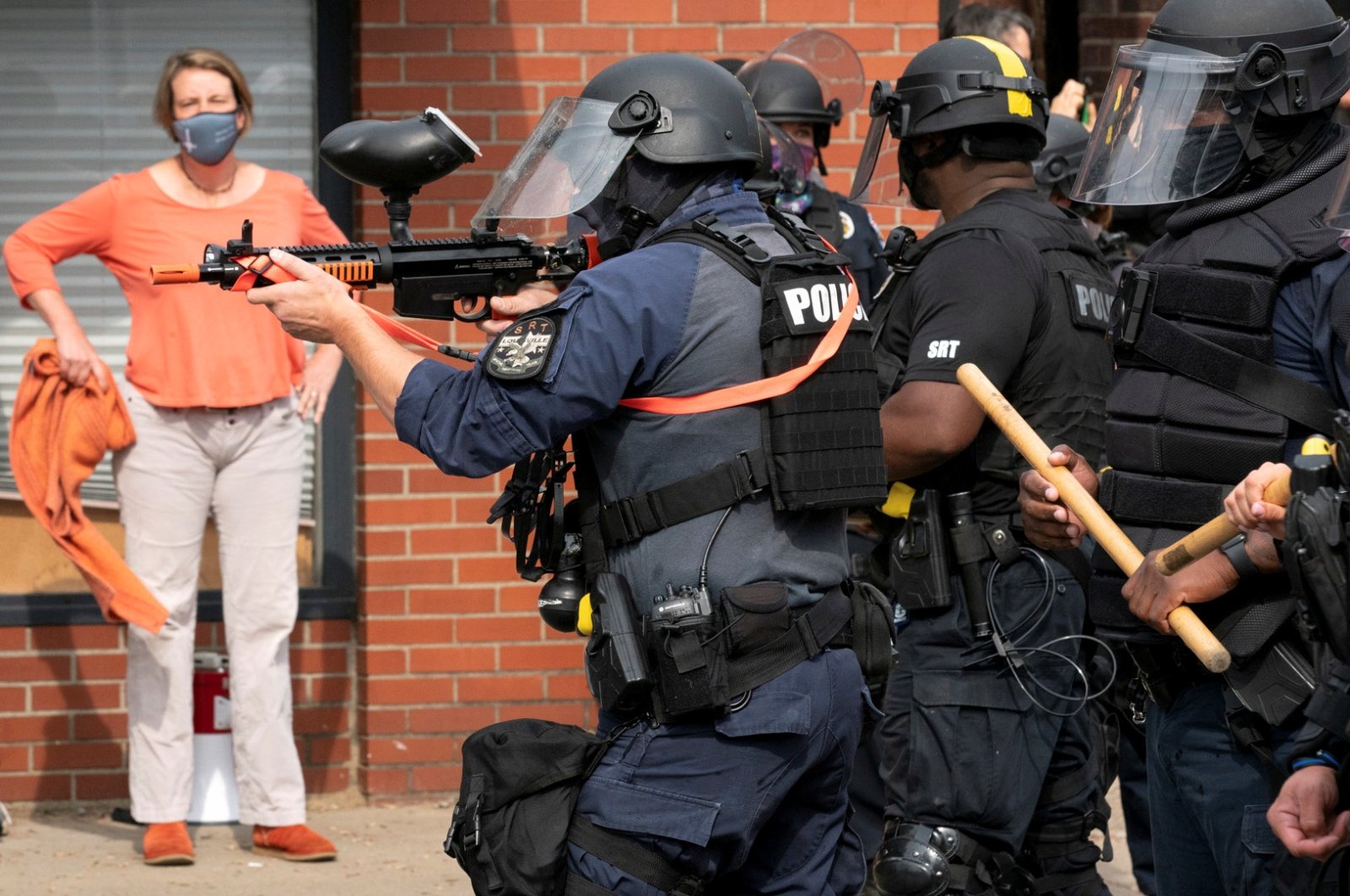 Violent unrest has erupted across the United States as anger over the decision not to charge Kentucky police officers for Breonna Taylor’s death poured into America’s streets and protesters lashed out at the criminal justice system.

Taylor, a black woman, was shot dead in March after three plainclothes policemen turned up at her door in the middle of the night to execute a search warrant. She has become a symbol for the Black Lives Matter (BLM) movement and demonstrators' calls for an end to what they say is unjustified police violence. The grand jury decided that none of the three white officers involved in the police raid on Taylor's apartment would be charged for causing her death. One officer was indicted on charges of endangering her neighbors. In the wake of the grand jury's decision, Kentucky Attorney General Daniel Cameron said the two officers who had fired the shots that killed Taylor had done so in self-defense and would therefore not be charged.

Taylor family lawyer Ben Crump lashed out at an "outrageous and offensive" decision. "It's yet another example of no accountability for the genocide of persons of color by white police officers," he said. The city of Louisville settled a wrongful death suit with Taylor's family for $12 million last week.

The news sparked protests across the country, including in New York City, Boston, Washington and Los Angeles. But the biggest demonstration was in Taylor's hometown of Louisville, Kentucky. Two police officers were shot and wounded late Wednesday in Louisville during protests over the grand jury ruling. President Donald Trump, who is campaigning for reelection on a "law-and-order" platform, tweeted that he was "praying for the two police officers that were shot tonight in Louisville, Kentucky. The Federal Government stands behind you and is ready to help."

People gathered in downtown Chicago's Millennium Park, chanting demands for justice as passing drivers on Michigan Avenue honked their horns. Authorities unleashed chemical agents on some protesters after they tried to climb on a SWAT vehicle in Atlanta and others were arrested.

Police in Portland, Oregon declared a riot late on Wednesday after protesters damaged a police building in unrest that followed the Breonna Taylor ruling. "To those who have gathered outside of Central Precinct on Southwest 2nd Avenue. This gathering has been declared a riot," the police force said in a tweet. The crowd was told to vacate or face tear gas, other crowd control agents or arrest. One of the protesters hurled a homemade firebomb or Molotov cocktail toward police officers outside of the precinct, a video shared by Portland police on Twitter showed. Upper windows appeared to be damaged and part of an awning outside the building was on fire, according to a photograph shared by the police, which said the building had suffered "substantial damage."

Portland has been one of the various epicenters of the BLM protest movement since the police killing of unarmed black man George Floyd in Minnesota in late May. Seething protests have rocked America's cities for months, with the movement's anger fed by a stream of deaths of black people at the hands of overwhelmingly white police and exacerbated by badly fractured national politics and inflammatory rhetoric from Trump.

U.S. sports figures who have used their platforms to back the BLM movement and call for police reform reacted with dismay to the charges filed Wednesday in the shooting death of Breonna Taylor. The playoffs were halted in the bubble for three days after Milwaukee Bucks players, shocked by the police shooting of Jacob Blake in Wisconsin on August, which left the 29-year-old black man paralyzed, refused to take to the court, and players on other teams backed their move.