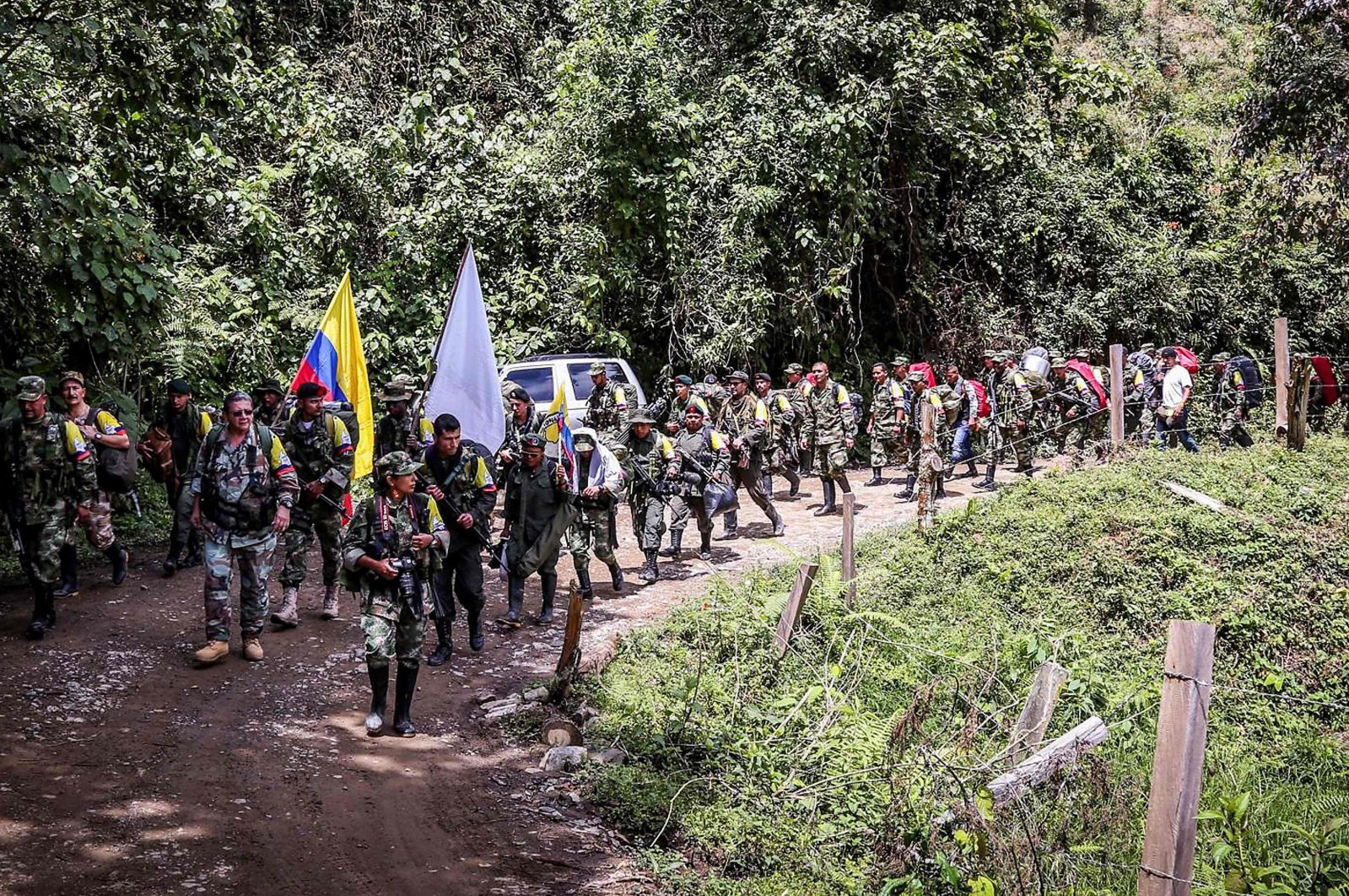 Colombia has recorded at least 42 massacres since the start of 2020, the highest number since the 2016 signing of a peace agreement with the Revolutionary Armed Forces of Colombia (FARC) rebels, the United Nations said.

The U.N., which is responsible for verifying the application of the agreement, said Secretary-General Antonio Guterres was concerned about the upsurge in mass killings in various regions of the South American country in recent months.

The U.N. defines a massacre as the killing of three or more people at one time. It said 13 other incidents were being verified.

"These crimes take place mainly in areas of poverty where the state has little presence, where the illegal economy reigns and there are disputes between illegal armed groups and criminal organizations," said the report published Thursday.

The U.N. also noted an increase in violence against human rights activists and civil society leaders, with 48 killings this year, including nine people from ethnic minorities and five women.

Though violence in Colombia overall has fallen since a 2016 peace deal, so-called "social leaders" continue to be threatened, attacked and killed – many in cases that remain unsolved.

According to a report published by the advocacy group Global Witness, in July Colombia was the deadliest country for land rights activists in 2019.

Hundreds of social leaders have been killed since the deal was signed, though counts vary widely. Earlier this month 94 U.S. lawmakers signed a letter condemning the killings.

A report from the Business and Human Rights Resource Center (BHRRC) this year found 44% of attacks from 2015 to 2019 connected to businesses in Colombia were against defenders who raised concerns about five companies including Cerrejon, which is jointly owned by BHP, Anglo American and Glencore.

In response to the BHRRC report, four of the companies – including Cerrejon – rejected violence against activists and any link to threats. Cerrejon told Reuters in an email that it was "profoundly concerned" by the situation facing social leaders in Colombia.