Colombia to extradite drug lord 'Otoniel' to US 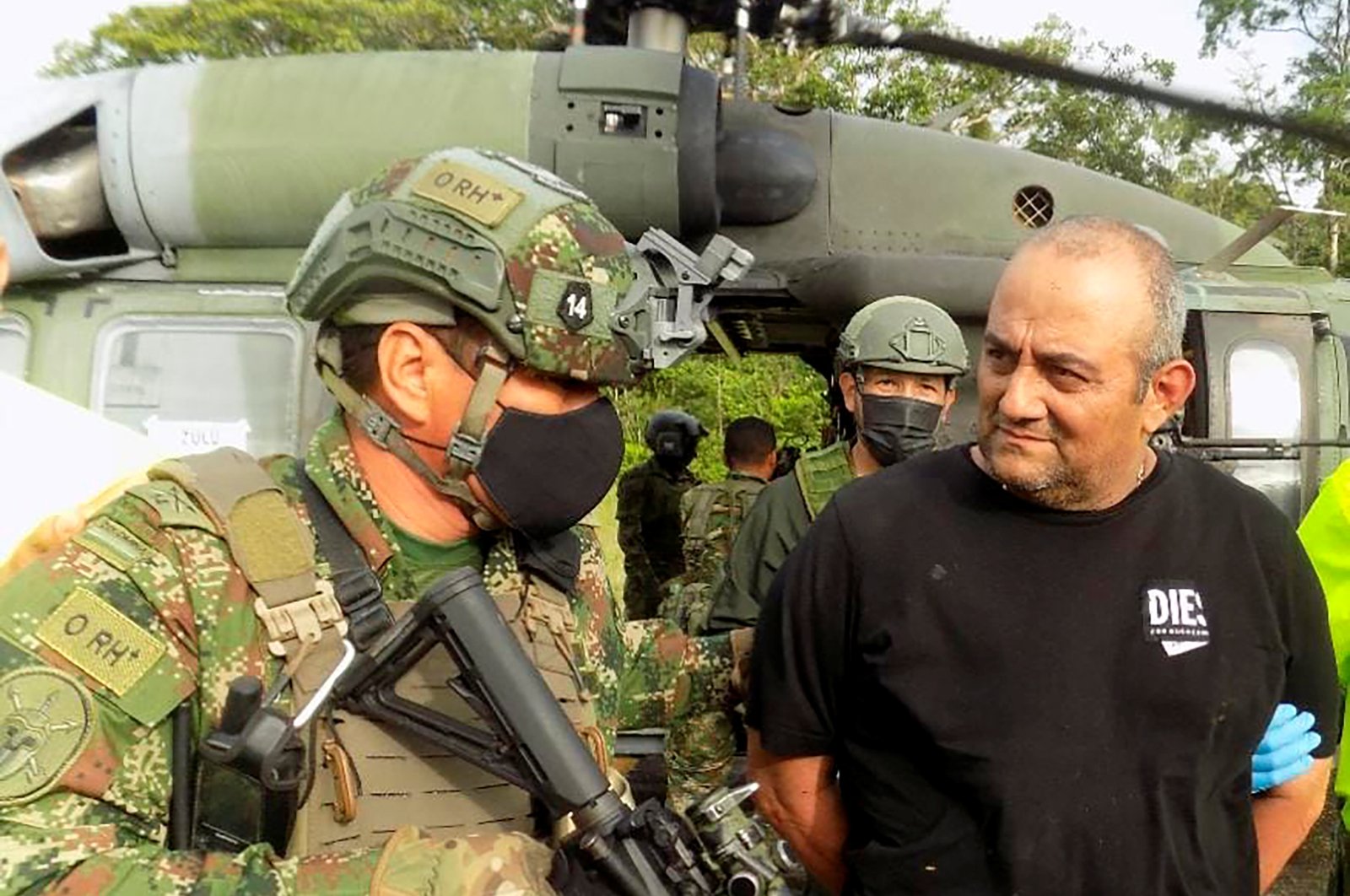 Claimed by Colombia to be the world’s most dangerous drug trafficker, Dairo Antonio Usuga David, known as Otoniel, was arrested on Saturday in the jungles of Colombia's Uraba region in Antioquia province, in an operation involving some 700 uniformed agents backed by 18 helicopters, according to the army. The drug kingpin told security forces: “You beat me,” when captured, officials said on Sunday as they prepared to extradite him to the United States.

Colombia's government will file a petition on Monday with the Andean country's Supreme Court to extradite Otoniel to the U.S., Justice Minister Wilson Ruiz told Reuters on Sunday, adding the process could take four weeks to complete.

"This is the path for all those who commit transnational crimes," Defense Minister Diego Molano told the daily El Tiempo newspaper in an interview, adding that nearly 30% of the many tons of cocaine exported from Colombia went through the so-called Gulf Clan, the country's largest drug-trafficking gang, led by Otoniel.

Colombia had offered a reward of up to 3 billion pesos (about $800,000) for information concerning Otoniel’s whereabouts, while the U.S. government had put up a reward of $5 million for help locating him. Both rewards will be paid, Molano said, while describing Otoniel as "the worst kind" of criminal.

Born to a poor family, Otoniel joined the EPL, a Marxist guerrilla group that demobilized in 1991. A paramilitary fighter, he ultimately headed the Gulf Clan, with a force of some 1,600 members and a presence in almost 300 municipalities nationwide, according to the independent think tank Indepaz.

In Colombia, Otoniel had 128 outstanding arrest warrants for drug trafficking and recruitment of minors, among other crimes.

"He murdered more than 200 members of the security forces... Many soldiers have suffered because of this murderer and his friends," President Ivan Duque said.

Otoniel also preyed on minors, "intimidating families and extorting them in order to take their daughters' virginity," Duque added.

"This is the hardest strike to drug trafficking in our country this century," the president said Saturday, adding that the arrest was "only comparable to the fall of Pablo Escobar," the notorious Colombian narco-trafficking kingpin.

The Clan del Golfo has a presence in 12 of Colombia's 32 provinces, and counts some 3,800 members, according to information provided by Colombia's national police.

Clan del Golfo is also involved in illegal mining, authorities say. The government also accuses the group of threatening and killing community leaders across the country.

The government accuses other armed groups such as the Popular Liberation Army (EPL), and rebels who walked away from the peace pact signed with the Revolutionary Armed Forces of Colombia (FARC) guerillas in 2016, of financing themselves with drug trafficking revenues.

Colombian authorities launched Operation Agamemnon in 2016 as they worked to close in on Otoniel, killing and capturing dozens of his lieutenants, going after his finances and forcing him to be constantly on the move, according to police.

In 2017, a video in which Otoniel announced his intent to submit to justice was published, but the plan never came to fruition.

In five decades of a U.S.-backed drug war, Colombia has killed or captured several drug lords, including kingpin Escobar, who was shot by security forces in 1993.

But the country remains the world's leading cocaine producer, with the U.S. its biggest buyer.