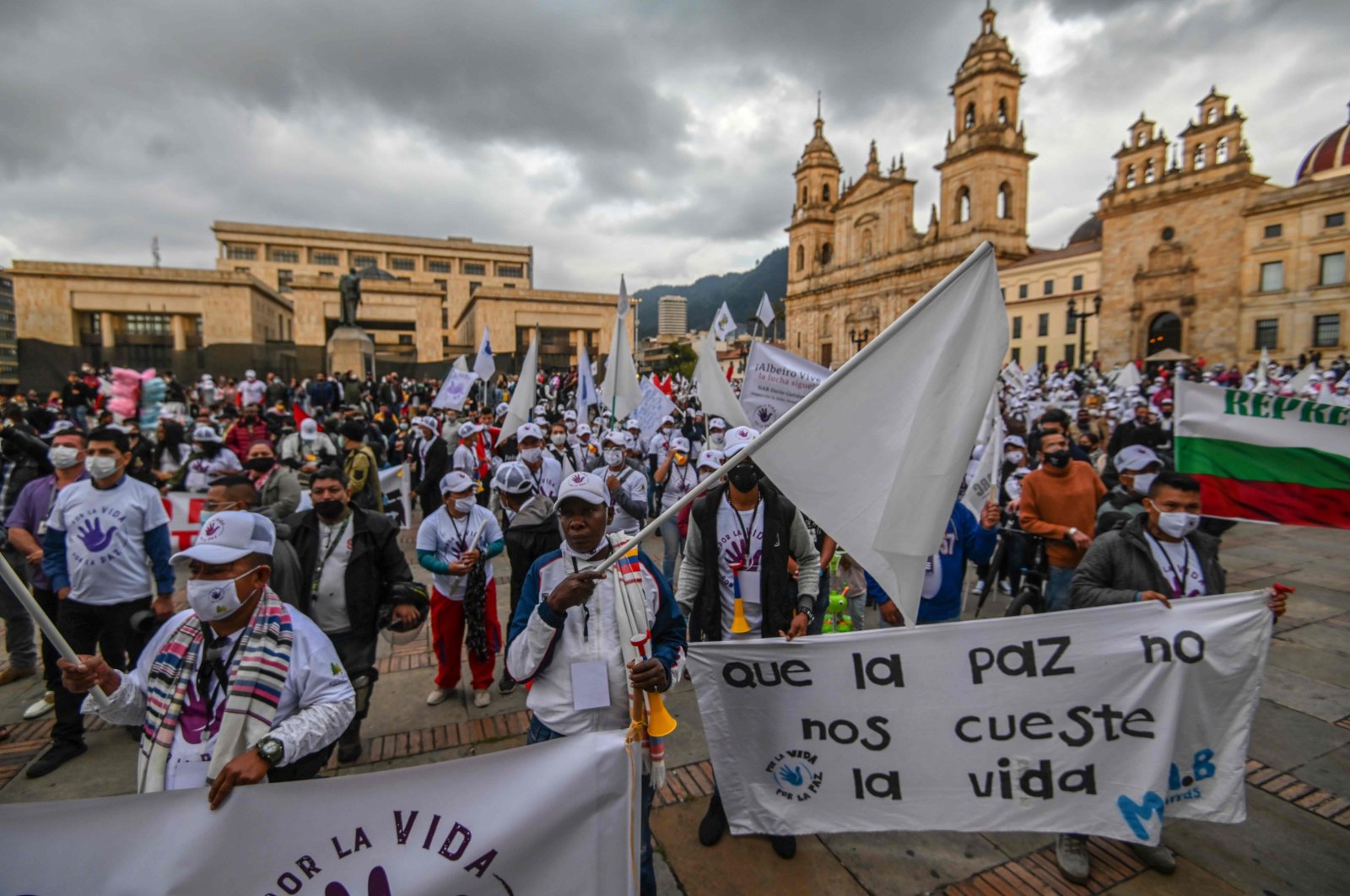 Hundreds of demobilized former members of the FARC rebel group marched in Colombia's capital Bogota on Sunday to demand more security, implementation of a 2016 peace deal and an end to the killings of former combatants.

Waving both white and Colombian flags, former members of the Revolutionary Armed Forces of Colombia (FARC) arrived in Bogota as part of the "pilgrimage for life and peace."

The killings of 236 former members of the demobilized FARC since the signing of the 2016 peace deal has been a major hurdle for implementation of the agreement that ended the group's role in more than five decades of conflict which has left 260,000 dead and millions displaced.

The United Nations has expressed concern over killings of former FARC in the wake of the peace deal, which allowed some 13,000 members of the leftist rebel group to demobilize.

"We laid down our arms believing in the promises of the state, yet to date 236 of our comrades have been killed in different parts of the country," said Senator Carlos Antonio Lozada of the Revolutionary Alternative Common Force, the political party born out of the peace deal which kept the rebel group's FARC acronym.

Lozada demanded full guarantees for the social and economic reintegration of demobilized rebels, adding that the state is obliged to protect their lives.

The government of President Ivan Duque says it is committed to the peace deal, blaming FARC dissidents, who rejected the 2016 agreement, as well as other illegal armed groups involved in drug trafficking and illegal mining for killing former FARC guerrilla members.

Pastor Alape, a former top FARC rebel commander and peace negotiator, blamed "powers that benefit from war and violence" for the killings of ex-combatants. He called on the government for greater social investment and a lower military presence in areas affected by violence.