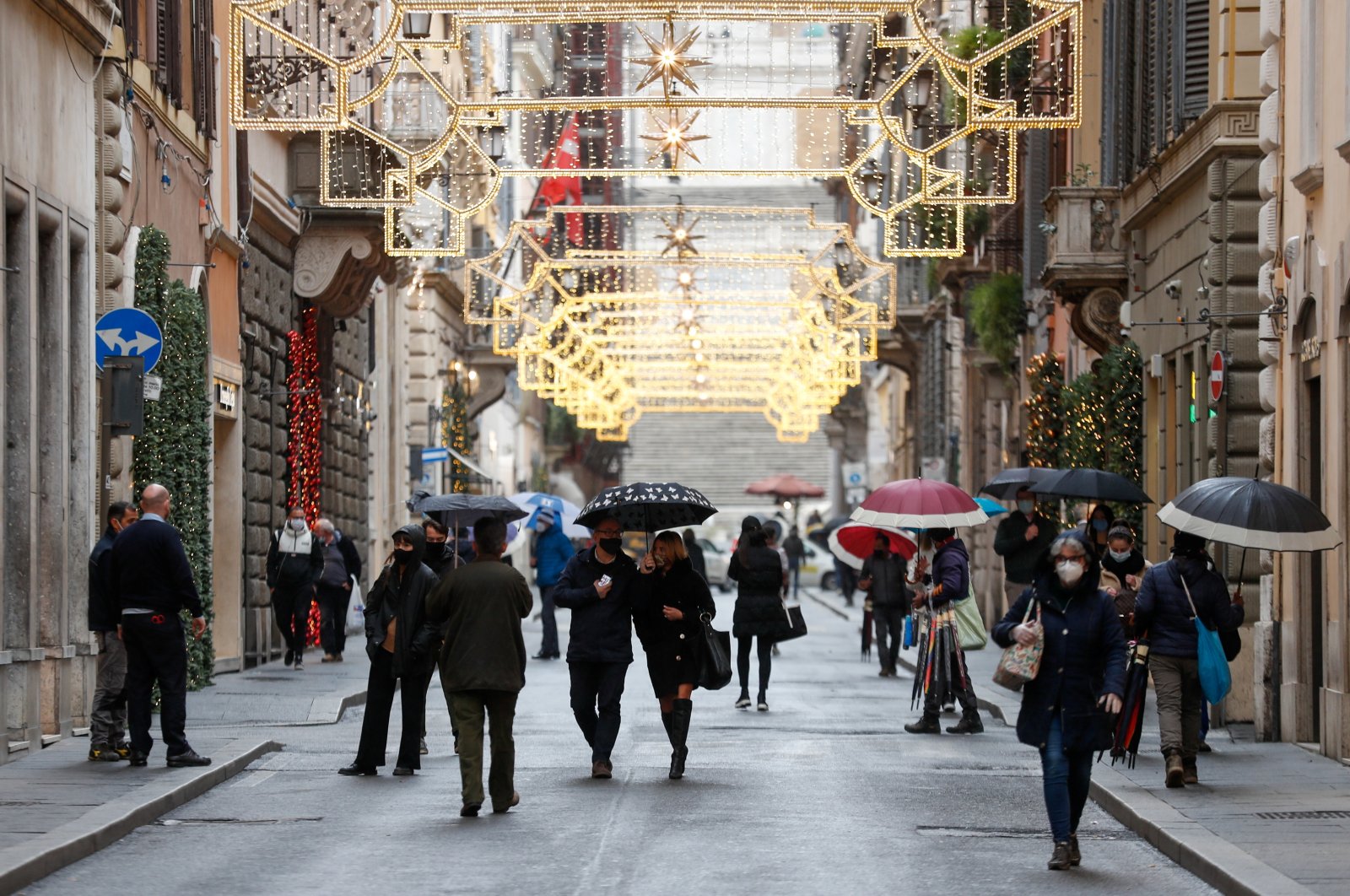 COVID-19 is showing few signs of slowing down with more than 10,000 new deaths recorded worldwide every day, a rate never before reached, while the global death toll has passed 1.5 million

The world's coronavirus death toll passed the grim 1.5 million milestone and over 10,000 fatalities are confirmed every single day, as vaccinations are set to begin this month in many countries.

Half a million deaths have occurred in just the last two months, indicating that the severity of the pandemic is still as great as ever. More than 65 million people globally have been infected by the disease, and the worst affected country, the U.S., is currently battling its third wave of coronavirus infections. The U.S. recorded more than 210,000 COVID-19 cases in 24 hours on Thursday, according to Johns Hopkins University, in an all-time high for the country since the start of the pandemic. The number of new deaths over the same period was 2,907, one of the worst U.S. daily tolls according to figures recorded by Agence France-Presse (AFP).

U.S. President-elect Joe Biden said that on his first day in office he would ask Americans to wear masks for 100 days to help reduce transmission of the virus that is again surging in the country. "I'm going to ask the public for 100 days to mask. Just 100 days to mask, not forever," Biden said in excerpts of an interview to be broadcast on CNN later Thursday. To build trust in vaccines after they are approved, the 78-year-old Biden said he was willing to be vaccinated in public, following up on similar commitments from former U.S. presidents Barack Obama, George W. Bush and Bill Clinton. Biden also used the interview to say he had asked the government's top infectious disease specialist Anthony Fauci to join his COVID team and serve as a chief medical adviser.

As the latest positive news about a vaccine was announced, with the Moderna candidate showing it confers immunity for at least three months, several countries marked new COVID-19 records.

The number of coronavirus infections remains at a high level in Europe, prompting countries to roll out further restrictions as the holidays approach. Europe accounts for 40% of new global coronavirus cases and half of the new global deaths due to the virus, the head of the World Health Organization's (WHO) European office said. "Whilst we are seeing a slight decrease in the number of cases in western Europe ... the resurgence is moving eastward with the hardest-hit countries now in central and southern Europe," regional director Hans Kluge said, as reported by Deutsche Presse-Agentur (dpa).

Berlin still has a ways to go before it gets its second wave of coronavirus infections under control, according to the Robert Koch Institute (RKI), Germany's national disease control agency. The RKI on Friday reported more than 23,000 new cases.

Italy registered 993 deaths, topping its previous record of 969 earlier in the year when it was the first European country to be affected by the pandemic.

Elsewhere in the world, South Korea on Friday reported 629 new COVID-19 cases, the highest daily increase in nine months despite tightened coronavirus restrictions. The majority were recorded in Seoul, where there were 291 cases, and the surrounding Gyeonggi province, which registered 155 new cases, according to data from the Korea Centers for Disease Control and Prevention (KCDA). Just 29 were imported cases.

The number of new infections in South Korea had not passed the 600 mark since March 3, when the KCDA reported 600 new cases. The country's total infections now stand at 36,332, including 4,652 imported cases. Seven more people died, bringing the death toll to 536. South Korea last month reintroduced restrictions in the capital region of Seoul and parts of the northeastern province of Gangwon due to a rise in infections.