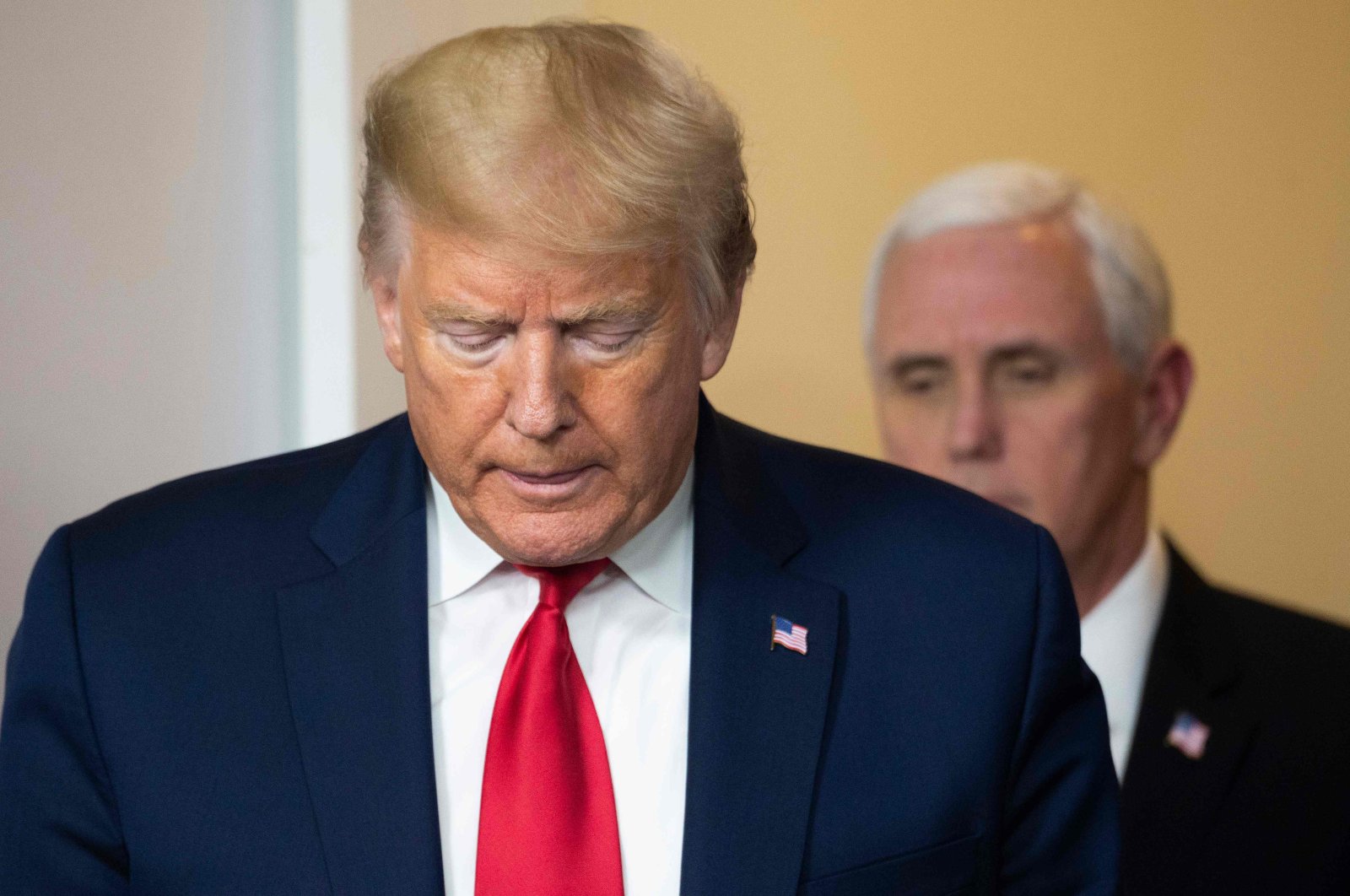 As the world grapples with the coronavirus crisis, leaders’ responses to the pandemic and their policies will determine their fate in the future political order

The global pandemic that has paralyzed millions around the world and temporarily brought us back to medieval times has become a measuring tool for leaders around the world, and how they deal with it will be decisive of their fate in the future.

The coronavirus not only exposed flaws in short-sighted systems that only care about and prioritize profit above all else but also showcased some leaders’ incompetence and inability to grasp the seriousness of the situation, as we have witnessed drastic outlook changes on their part in these last few weeks.

One of the biggest behavioral shifts came from U.S. President Donald Trump. Amid his shifting rhetoric, the U.S. has now emerged as the global hot spot of the virus, with more than 1,700 reported deaths and almost 500,000 cases. The country's death toll now ranks second in the world, and it has the largest number of cases anywhere.

The systematic downplaying of the crisis by Trump did not help the situation, with his administration’s lack of attention to preparedness. Before declaring a national emergency, vowing for increased testing as well as medical equipment and giving economic promises to those affected by the pandemic, Trump was calling concerns about the virus a ”hoax.”

“Thirty-five thousand people on average die each year from the flu. Did anyone know that?” he said at a rally that took place on Feb. 28, before calling out Democrats for politicizing the virus. Still, in his speech with reporters on March 24, the president declared his intention for an Easter return to normal life, calling it a “great timeline.”

Back in Spring 2018, the Trump administration started the dismantling of the team responsible of pandemic response by firing its leadership and disbanding it completely. The administration had made its priorities clear with the repeated calls for budget cuts assigned to the Centers for Disease Control and Prevention (CDC) as well as other public health agencies, severely disrupting the federal government’s capacity to deal with potential disease outbreaks.

The stubbornness in downplaying the pandemic even in a time where hundreds are losing their lives can be only be explained with the previous success that he had by following a similar path in the face of other emergency situations such as the opioid epidemic or Hurricane Maria. However, this stance seems to have backfired in the current epidemic’s case, since the latter is substantially different from anything else the country had experienced in recent memory and requires more than politically fending off criticism.

This habit of underestimation as a political strategy coupled with the deprioritization of the federal government’s capacity to respond to pandemics has led to a harsh failure in tackling the issue effectively, which can also affect the result of the upcoming Nov. 3 election.

Following a different path than Trump’s, China, where the virus was first detected late last year, has been on a systematic quest to project itself as the unequivocal leader in the global fight against the coronavirus.

In his last-ditch attempt to prove to the world that China can play the role of a responsible superpower capable of making logical decisions, Xi also demonstrated the levels he can go to while running his country in a Mao-like authoritarian setting. While positioning itself as a "responsible country" willing to cooperate with other nations through so-called "mask diplomacy,” China moved to provide humanitarian assistance, including masks, other medical supplies and teams of medical experts, to struggling European countries.

Xi is gambling in his attempt to reframe the global tragedy as his heroic battle against the virus, reinforcing the claim with themes of sacrifice and patriotism.

In Europe, one of the most visible sights of incompetence came from Prime Minister Boris Johnson’s government in the U.K., with weeks and weeks of operating under the illusion that the disease would be a “moderate” risk for the country. The latter was exposed by the Times of London newspaper last week on Wednesday, as the government’s scientific advisers were unveiled to believe that the risk was only “moderate,” until as recently as six weeks ago.

Buzzfeed News and the Times of London both linked the slow response of the government to the delusion that the coronavirus could somehow be controlled, leading the country through the so-called “herd immunity” strategy that has been catastrophic.

Similar to the U.S., the country has since gone into a national lockdown and similar to Trump, Johnson’s stance on the issue has changed dramatically, going from telling the public not to worry about it to being hospitalized because of the illness.