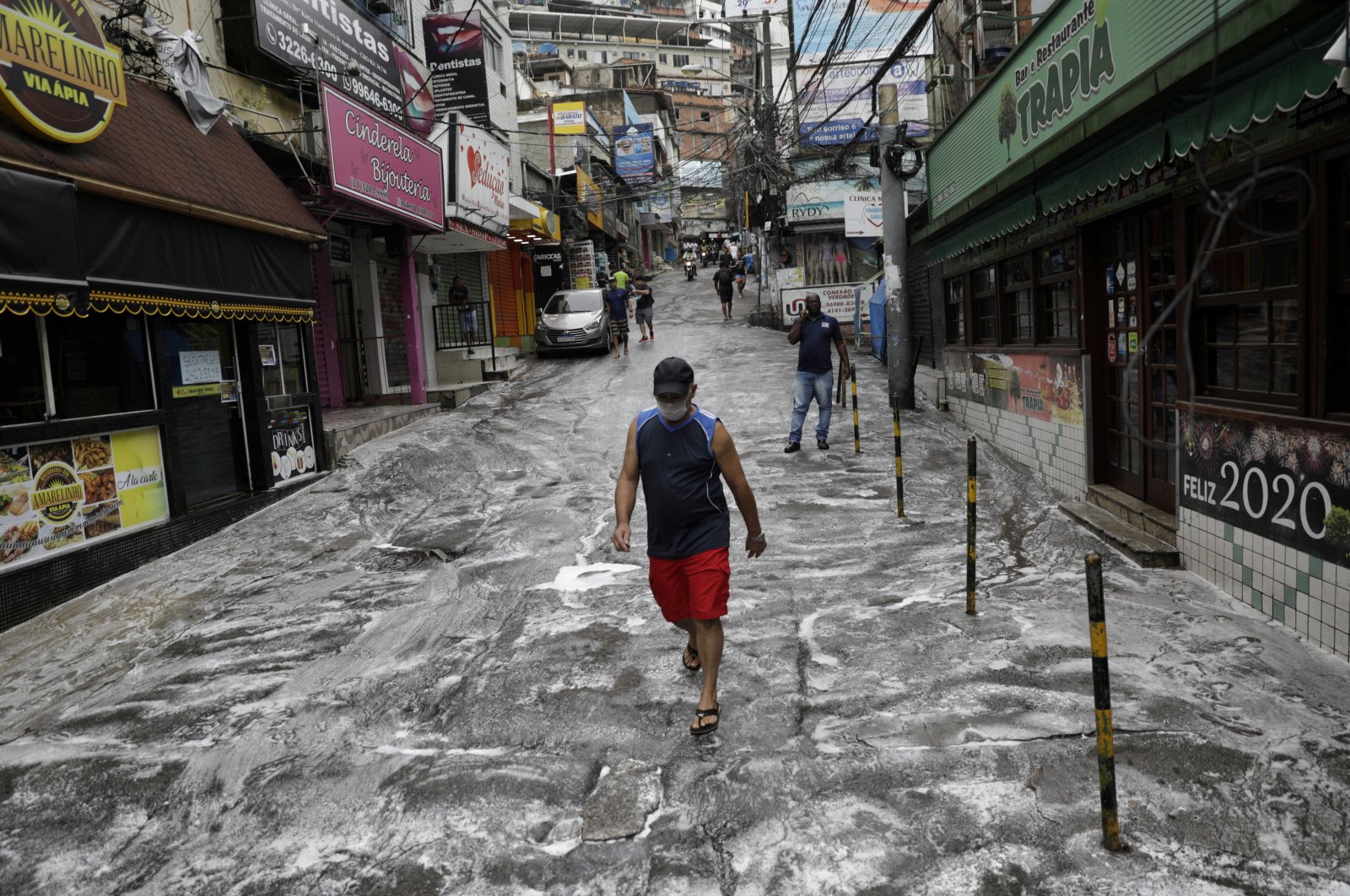 A man wearing a protective mask walks on a street disinfected by cleaners during the COVID-19 outbreak, at the Rocinha slum in Rio de Janeiro, Brazil April 10, 2020. (REUTERS Photo)
by Anadolu Agency Apr 11, 2020 12:25 am

The number of people in Brazil who have died from the coronavirus has surpassed the 1,000 mark, according to data released on Friday by the country's Health Ministry.

Bolsonaro visited a bakery in Brasilia on Thursday, where he bought snacks, took pictures and held friendly conversations with employees, as shown by a video published on Twitter by his son Eduardo.

On his way out, some people were heard confronting the president from their windows. "Go home," they cried.

The president has repeatedly made public his opposition to a lockdown, which has led him to clash with governors in several regions of the country and disagree with his own Health Minister, Luiz Henrique Mandetta, who Bolsonaro threatened to fire for supporting isolation measures.

Bolsonaro and his supporters claim that the quarantine will generate a long term harmful economic impact and they have urged people to break local-governments imposed regulations.

As the country reports 1,056 deaths and 19,638 cases, there are concerns about the lack of capacity of the health system in Brazil if confirmed cases and deaths continue to multiply as they have during the last couple of weeks.