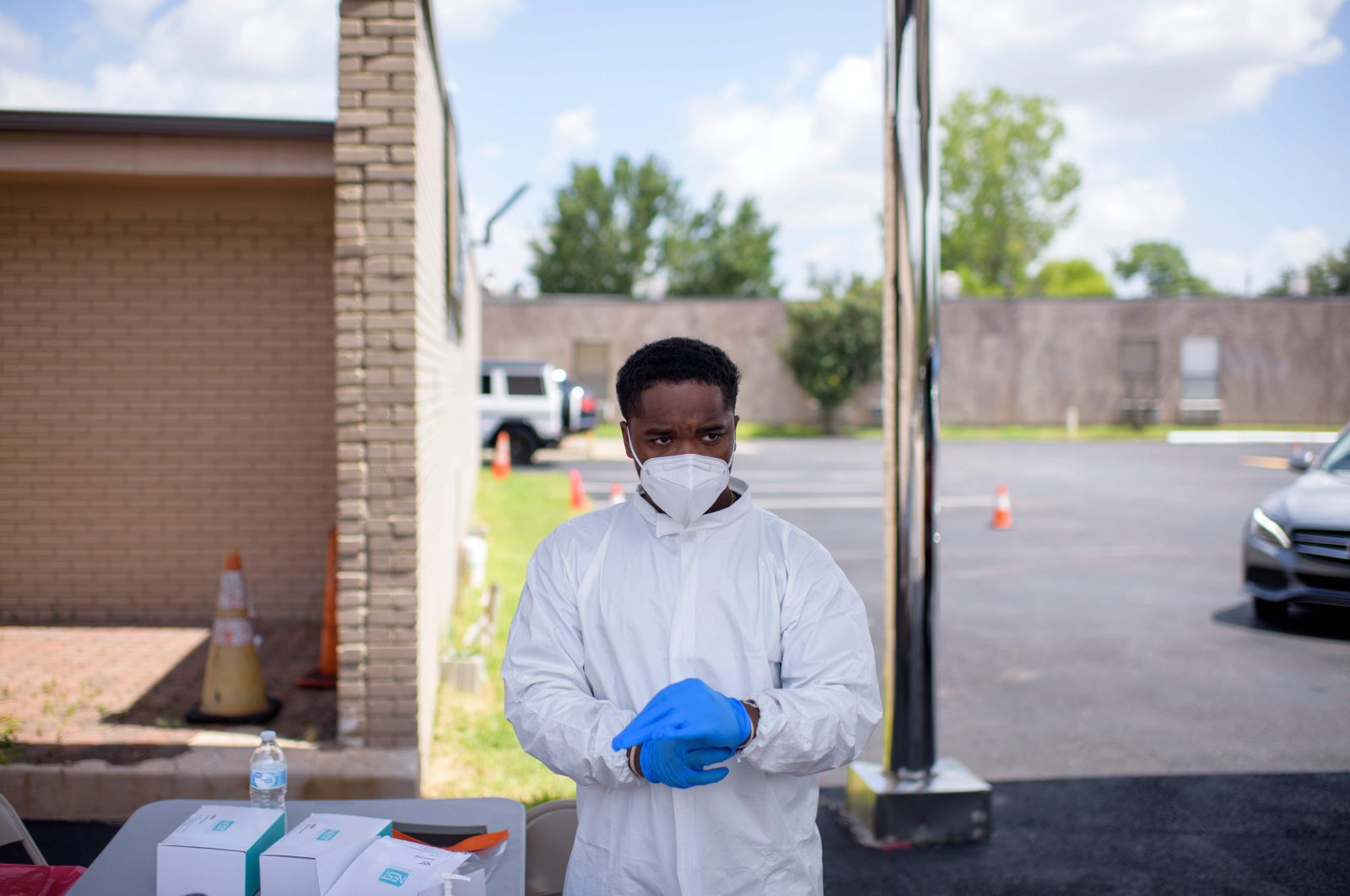 Record-breaking rises in coronavirus cases and deaths in several U.S. states are dimming hopes of a quick economic recovery as data shows shoppers staying out of stores in areas where cases are rising the most.

In Arizona, Texas, Florida, Georgia and South Carolina, which were among the first states to reopen commerce in May, retail foot traffic now lags elsewhere based on cell phone tracking, data firm Unacast said.

More than 60,000 new COVID-19 infections were reported across the United States on Wednesday, the greatest single-day tally by any country since the virus emerged late last year in China. U.S. deaths rose by more than 900 for the second straight day.

The surge is making some Americans hesitant to return to public spaces and patronize businesses, despite U.S. President Donald Trump's efforts to downplay the risks.

Stephanie Porta, 41, a lifelong Orlando, Florida resident, said only about half the shoppers at her grocery store wore masks, although that was more than she saw two weeks ago.

"They're trying to make everything seem normal, when it's not. People are dying, people are getting sick. It's insane," she said.

Florida Governor Ron DeSantis called the rising cases a "blip" and urged residents not to be afraid.

"I know we've had a lot of different blips," DeSantis said. "We're now at a higher blip than where we were in May and the beginning of June."

Florida is one of the few states in the nation that does not disclose the number of hospitalized COVID patients. But more than four dozen Florida hospitals reported their intensive care units (ICUs) reached full capacity earlier this week, according to state data.

The rise in infections weighed on the stock market with the Dow and S&P 500 ending down about 1% on investor fears that state and local leaders could order new lockdowns.

Governors in California, Florida and Texas have either ruled out forced business closures and quarantines or called it a last resort. But Los Angeles Mayor Eric Garcetti warned that he would impose a new stay-at-home order in two weeks if the spike in cases did not ease.

In California, where the number of people hospitalized with COVID-19 has doubled over the past month, Riverside University Health System, east of Los Angeles, expanded its 44-bed intensive care unit after it filled up with patients.

"It's been very consistent every day in the last couple of weeks, every day has been like a full moon." Riverside emergency room physician Dr. Stephanie Loe said, referring to doctors' beliefs that a full moon brings more patients to the emergency room.

California has seen cases and hospitalizations surge despite being one of the strictest in lockdowns. After about a half-dozen cases at the state capitol, lawmakers in the most populous U.S. state on Thursday said they would stay on summer break to July 27.

In Texas a group of bar owners sued Governor Greg Abbott, a Republican, saying his June 26 order closing them down violates the state constitution, the Dallas Morning News reported.

As cases rise in 41 of the 50 U.S. states over the last two weeks, the state and local officials are debating how best to resume school in the fall.

Robert Redfield, director of the U.S. Centers for Disease Control and Prevention, said on Thursday that keeping schools closed would be a greater risk to children's health than reopening them.